The SABC foreign editor Sophie Mokoena apologises to the SABC economics editor Thandeka Gqubule-Mbeki and 'SABC8' colleague for having retweeted a fake news article claiming the SABC8 were paid by Bosasa. 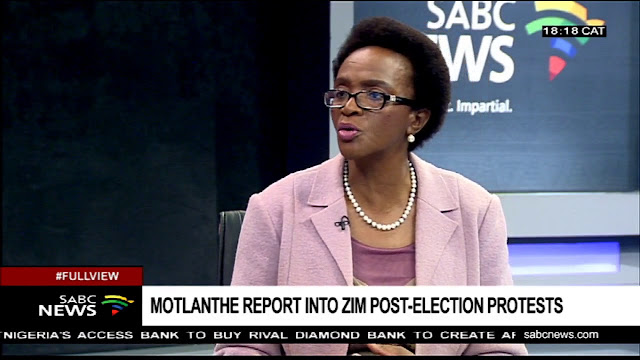 The SABC's foreign editor, Sophie Mokoena, on Friday had to apologise to the South African public broadcaster's economics editor, Thandeka Gqubule-Mbeki, for having had retweeted a fake news article that claimed that some of the so-called "SABC8"-journalists were paid by Bosasa.

Karima Brown, anchor of The Fix on eNCA (Dstv 403) revealed that the apology happened this past on Sunday during her weekly show.

"I understood that Sophie Mokoena from the SABC apologised to her colleague of the 'SABC8'
Thandeka Gqubule-Mbeki" said Karima Brown.

The apology apparently happened during a council meeting of the South African National Editors' Forum (Sanef).

Sam Mkokeli, chairperson of Sanef's media freedom subcommittee, explained that "Sophie Mokoena came out to apologise for retweeting a news report that said people in the SABC8 were paid by Bosassa - something that was an outright lie."

Bosasa is a controversial South African company involvement in numerous corruption allegations that were exposed during the ongoing Zondo Commission of Inquiry.

The SABC8 - eight SABC journalists who stood up against censorship at the SABC and who got fired for it were Vuyo Mvoko, Thandeka Gqubule, Suna Venter, Krivani Pillay, Lukhanyo Calata, Foeta Krige, Jacques Steenkamp and Busisiwe Ntuli.

The labour court later ordered the SABC to reinstate them.

The fake Times Live article claimed that Bosasa paid them R100 000 but the truth is that they never received any money and that Bosasa never made any payment to them whatsoever.

Within the SABC Sophie Mokoena is seen as an erstwhile and alleged so-called "Hlaudi-enforcer".

She is allegedly one of the high-ranking staffers who allegedly sided with the now-fired former famously matricless chief operating officer (COO) at the SABC, Hlaudi Motsoeneng, who during his reign of terror, clamped down on press freedom within the SABC News division with censorship decrees and got rid of journalists and staff who didn't follow his draconian commands.

The SABC announced a commission of inquiry into alleged editorial interference at the SABC and SABC News at the end of May 2018.

More than a year later the SABC has not released the findings of the commission. The inquiry has been completed according to the SABC although the broadcaster has not given any reason as to why the inquiry report has not been released.
on 11:48:00 PM