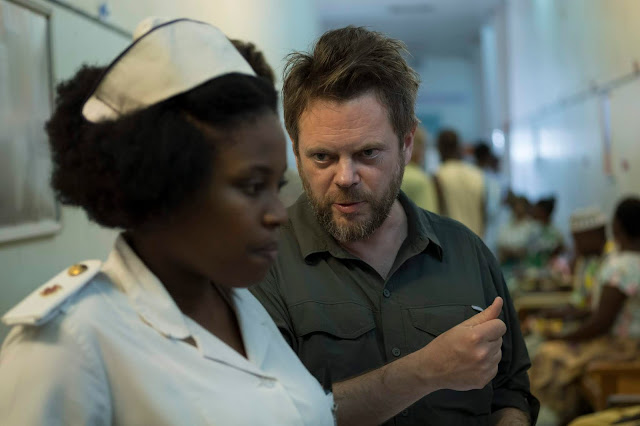 National Geographic commissioned The Hot Zone in April 2018 that will debut with a double episode broadcast and is based on Richard Preston's bestseller book of the same name.

It tells the terrifying origin story of the deadly Ebola virus and how it went from a central-African rainforest to America.

The Hot Zone was partly filmed in Durban, South Africa with several locations to double as places in Kenya and Zaire during the 1970s, with filming in Toronto, Canada that was used to stand in for the United States in 1989.

Adamo Denewade is from the Democratic Republic of Congo (DRC). The American cast includes Julianna Margulies, Topher Grace and Robert Sean Leonard among others.

In 1989, when the killer virus suddenly appeared in chimpanzees in a laboratory in Washington D.C., there was no known cure. An American army veterinarian, Lt. Col. Nancy Jaax (Julianna Margulies) works with a secret military SWAT team and risks her life as she tries to head off and contain the Ebola virus before it spreads to humans.

Topher Grace is a virologist for the United States Army Medical Research Institute of Infectious Diseases who butts heads with Nancy over the best way to contain the virus; while Dr Wade Carter (Liam Cunningham) is Nancy's vital ally in the race to prevent the virus from spreading.

The Hot Zone begins with a terrifying look back to 1980, when an unsuspecting Dr Musoke in Kenya examines a patient with symptoms unlike anything seen before.

Flashing forward to 1989, a colony of primates has become sick at a research facility in Virginia, just over 30 kilometres from the United States Capitol, and sample tissues are sent to Nancy.

Her instincts and experience tell her she is seeing something far worse than a run-of-the-mill primate infection and she pushes forward to find the truth. 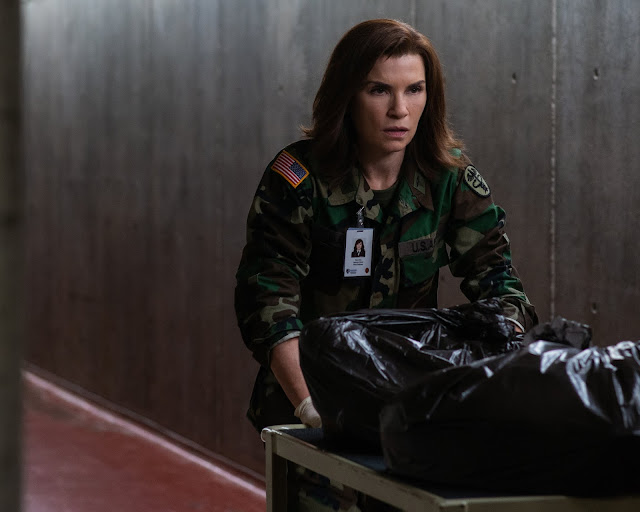 Through her perseverance, scientific testing reveals the dire truth of the situation, which forces the Army into action to contain an outbreak.

The Hot Zone also flashes back to the late 1970s to show how doctors first tracked, studied and attempted to contain Ebola in Africa. 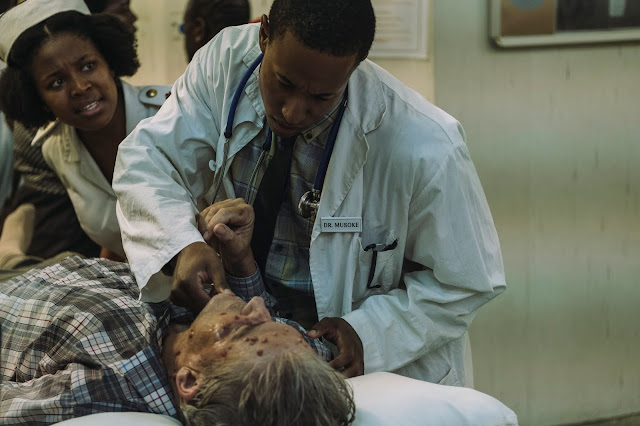 Below is The Hot Zone episode synopsis and broadcasting dates:

Arrival
3 July, 21:00
Lt. Col. Nancy Jaax arrives at work in 1989 and after testing a sample, fears it may be in the deadliest category of viruses, known as filoviruses.  Even more unnerving is the location it came from: A monkey research facility 30 kilometres from America's capital. When a breach in the lab causes the samples to be lost, it is Jaax' instincts against the world.

Cell H
3 July, 22:00
Nancy takes matters into her own hands and convinces an employee at the Hazleton research facility to hand over more samples from the infected monkeys. Back in the USAMRIID lab, she and her partner, Dr Peter Jahrling, test the new specimens and come face to face with the virus through their microscope. Jaax is determined to figure out the source of the virus. She brings in her mentor, the reclusive Ebola expert Dr Wade Carter.

Charlie Foxtrot
10 July, 21:00
When representatives from varying agencies disagree on how to handle Nancy Jaax’s discovery, she quickly realises there are few protocols in place for containing a deadly virus on American soil. An employee at the monkey research facility falls ill, causing Jaax to fear the virus has spread to the human population.
Travis Rhodes, from the Center for Disease Control, arrives with a different way of handling matters. As Jaax battles the obstacles on the ground, viewers find out Carter and Rhodes were among the first responders to discover Ebola in Africa decades earlier.

Expendable
17 July, 21:00
Nancy leads a team from USAMRIID to prepare for the most dangerous mission any of them have ever faced. With full access to the research facility, the life-threatening stakes cause great concern in the Jaax family home.
Meanwhile the team of animal care specialists at USAMRIID heads out to eradicate the virus at the facility, while more employees are tested for possible exposure.

Quarantine
24 July, 21:00
Inside the primate research facility, unforeseen dangers arise. Nancy works tirelessly in Biosafety Level 4 to find out why the virus is behaving differently in human victims than expected. Unforeseen dangers arise and Jaax is forced to make an impossible choice between her family and her duty to her country.

Hidden
31 July, 21:00
An already volatile situation inside the infected research facility boils to a head. With Nancy stepping up while those around her fall, exhaustion threatens the precision needed to sterilise the threat. Their efforts to contain panic are threatened when the press arrives and neighbours become aware of the danger next door.
Jaax is forced to confront her mentor when a situation spills out of the monkey facility and puts people on the outside in danger. Jaax ultimately must face the ramifications of trying to balance her dangerous career and her loving family.
on 9:58:00 PM