The South African public broadcaster fires Chris Maroleng as SABC COO who plans to appeal his disciplinary and getting fired; says he's 'quite devastated' and his axing marks 'a low-point in my career' as he 'let down so many people who had placed so much trust in me'. 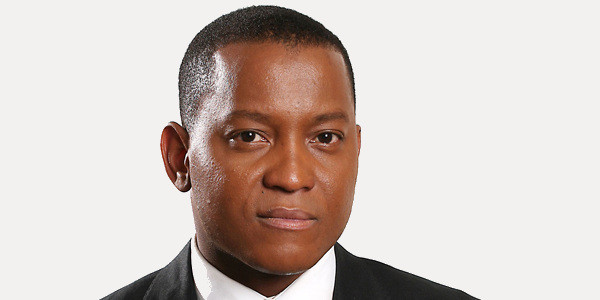 The South African public broadcaster on Tuesday afternoon fired Chris Maroleng as the chief operating officer (COO) of the SABC, with Chris Maroleng who plans to appeal his disciplinary hearing as well as his firing by the SABC board, saying he's "quite devastated"' and that his axing marks "a low-point in my career" as he "let down so many people who had placed so much trust in me".

Chris Maroleng's tenure as SABC COO lasted just over a year since he was appointed in January 2018 as chief operating officer to replace the fired Hlaudi Motsoeneng who was SABC COO before him.

The SABC in a brief statement on Tuesday afternoon said "The South African Broadcasting Corporation (SABC) board met on Tuesday, 23 April 2019. After due consideration of the findings and recommendations of a disciplinary process, the board resolved to terminate the contract of employment of its chief operations officer, Chris Maroleng, with immediate effect".

Earlier this month Chris Maroleng was found guilty on 3 out of 4 charges, including gross negligence and breaching fiduciary duty, following a disciplinary inquiry against him that was started in late-2018.

The SABC also investigated the alleged protection of Chris Maroleng of Marchi Mahlalela, the SABC's former acting SABC Sport boss, who resigned from the SABC following her own disciplinary hearing.

Chris Maroleng reportedly used his SABC COO position to try and help Marchi Mahlalela getting hired at the South African Rugby Union (Saru) and going as far as allegedly writing a letter in his official capacity as SABC COO to confirm that Marchi Mahlalela was innocent of any wrongdoing.

Another charge involved appointing Carmen Schneider, a human resources staffer to Chris Maroleng's office to manage his turnaround management programme that he started and called "Sparkle".

The SABC said that Chris Maroleng ignored HR advice and gave Carmen Schneider an allowance of R15 000 to be the Sparkle project leader despite an agreement with the SABC HR boss, Jonathan Thekiso, that there would not be any changes to Schneider's terms of employment, contract and salary.

Chris Maroleng told Ray White on EWN in a radio interview on Tuesday evening that he plans to appeal the finding of the disciplinary committee, and is also considering appealing the decision of the SABC board to fire him.

Chris Maroleng said he feels "quite devastated" and that his firing marks "a low-point in my career".

"Most likely going to appeal this decision to dismiss," Chris Maroleng said.

He also said "it's personally, unfortunate for me to have let down so many people who had placed so much trust in me and my ability to turn around the SABC. For that I deeply regret and I'm sad that I was unable."

On Tuesday night, Bongumusa Makhathini, SABC board chairperson in another interview, also on EWN, this time with Karima Brown, didn't want to say publicly what the South African public broadcaster charged Chris Maroleng with and what the findings were.

"Basically that becomes part of the details between us and the former COO. I don't think that would be fair of us to put that out in the public domain. Suffice for us to say that there were four charges and he was found guilty on three of the four".

Media Monitoring Africa (MMA) welcomed the firing of Chris Maroleng from the SABC, with MMA director William Bird who told Jacaranda FM that "it sent a positive message about effective and transparent governance".
on 9:22:00 PM