South African actress Thuso Mbedu cast as one of the lead characters in Amazon Prime Video's emsemble drama based on Colson Whitehead's The Underground Railroad. 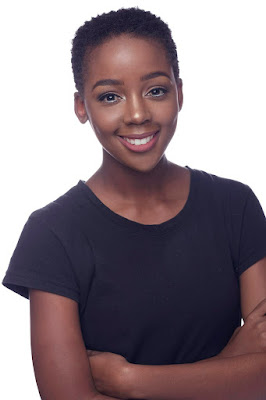 The South African actress Thuso Mbedu has been cast as one of the lead characters in Amazon Studios' ensemble drama series based on Colson Whitehead's book The Underground Railroad.

The American trade publication Variety reported on Tuesday that Thuso Mbedu has been cast as Cora alongside the American actors Chase W. Dillon as Homer and Aaron Pierre as Caesar in the 11-episode series for its Amazon Prime Video video streaming service.

On social media Thuso Mbedu shared the news, writing on her Instagram account "My thumb and neurons are failing me right now so I'll just do as most South Africans do when this happens: I got the job!"

"It was such an amazing process and experience. Like, true story, just prepping to audition for this role made me grow so much. It's such a blessing and honour to tell this story. Again, words fail me so I'll stop there for now."

Thuso Mbedu who made appearances in Is'thunzi, Liberty, and MTV Shuga was nominated for an International Emmy Award in the Best Actress category for her role in Is'thunzi in 2018 and again in 2019.

The Underground Railroad tells the story of a young Cora who tries to escape the racist American South after making a run for it from the Georgia plantation where she was a slave to try and find the rumoured "Underground Railroad".
on 1:12:00 PM