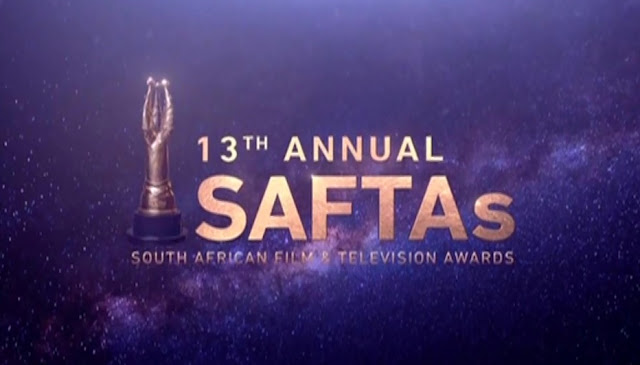 The entry of an insert submitted by M-Net's Carte Blanche current affairs show in the Best Documentary Short category for the 13th South African Film and Television Awards (13th Saftas) has been disqualified and now removed after a fight over ownership of the content started, with one of the remaining two nominees who will be chosen as the winner.

One of many controversies once again erupted and marred the National Film and Video Foundation's 13th Saftas that took place in March,one of which was the quiet dumping of awarding a winner in the Best Documentary Short category that was just suddenly missing.

The NFVF, Saftas organisers and PR company Instinctif didn't bother to alert or notify the media either before or after the 13th Saftas on SABC2 that the Best Documentary Short category and a winner for it, has been removed from the line-up.

In February the NFVF announced the three nominees in the Best Documentary short category as "Follow the Guns" from Combined Artistic Productions producing Carte Blanche on M-Net (DStv 101) and that broadcast it on Carte Blanche, Someone to Blame - the Ahmed Timol Inquest from EMS Productions CC that was seen on SABC3, and Scenes from a Dry City from SaltPeter Productions CC.

After multiple media enquiries, the NFVF said that "We are aware of the current dispute regarding ownership of some of the content submitted for consideration in our Best Documentary Short award category."

"Until the matter is resolved between the two parties, we have decided to withdraw the awarding of any prizes in that category, as we believe the outcome may have a material impact on the overall determination of the successful nominee."

Now it turns out that it was the Carte Blanche nominee with the NFVF telling TVwithThinus that "Carte Blanche's entry has been disqualified".


"The NFVF received legal documentation pertaining to the dispute on the Intellectual Property Rights of one of the documentary films submitted under the Best Documentary Short category. A decision was taken to withdraw the category from the awards ceremony to allow the legal process to be concluded," says the NFVF.

"Following the decision to withhold the announcement of the winner in the category, the NFVF referred the matter to the relevant Saftas adjudications panel for a final decision in accordance with a legal opinion received from its attorneys."

"The award for this category will now be presented to a winner selected from the remaining nominees which shall be presented at a special award ceremony to be hosted by the NFVF, details of which will be communicated."

"The NFVF on behalf of the adjudications panel and the overall chairpersons of the Saftas, wishes to thank the industry at large and the nominees for their patience and support during this process," says the NFVF.
on 12:45:00 PM