British fantasy drama series, A Discovery of Witches, acquired by MultiChoice's Showmax; will become available on the streaming service from 1 May. 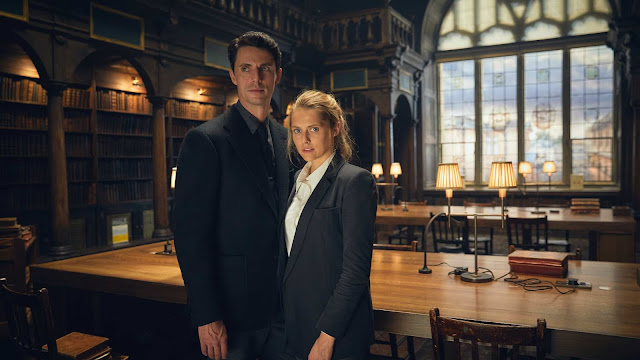 MultiChoice's subscription video-on-demand (SVOD) service, Showmax, has acquired the streaming rights from Sky Vision of A Discovery of Witches, produced by Bad Wolf, with the British fantasy drama series that will become available on Showmax in South Africa and Africa from 1 May.

A Discovery of Witches was renewed for a second and a third season in late-2018 and is based on Deborah Harkness' All Souls novel trilogy series.

In the story, a modern-day witch, Diana Bishop (Teresa Palmer) who can't control her powers, and a vampire, Matthew Clairmont (Matthew Goode) work together to solve a mystery.

Diana, a descendant of the Salem witches, is reluctant to use her powers or to be a witch until she discovers (or it actually allows her to find) a magical, hidden book, Ashmole 782, in Oxford's Bodleian Library, filled with magical secrets.

Despite an enduring mistrust between witches and vampires (in a world filled with all kinds of others good and bad magical creatures like daemons), Diana agrees to work with Matthew - a 1 500 year old vampire - to protect the magical book.

Meanwhile a forbidden romance blooms as they come up against various threats lurking just beneath and all around seemingly ordinary society and hiding in plain sight.

A Discovery of Witches has already been sold in 84 territories with the first season that was broadcast on the Sky pay-TV service in the United Kingdom and snapped up by the BBC America channel for the United States.

With the cancelled Shadowhunters on Netflix ending soon with its final episodes, the 8-episode first season of A Discovery of Witches is a great new show for viewers who love series like Teen Wolf, Vampire Diaries and True Blood.
on 2:32:00 PM