Did a 'captive' and frail Wendy Williams drop hints to her BET talk show audience as she says 'what kind of man beats a woman?' and 'long week' before she goes off the air again for yet another week? 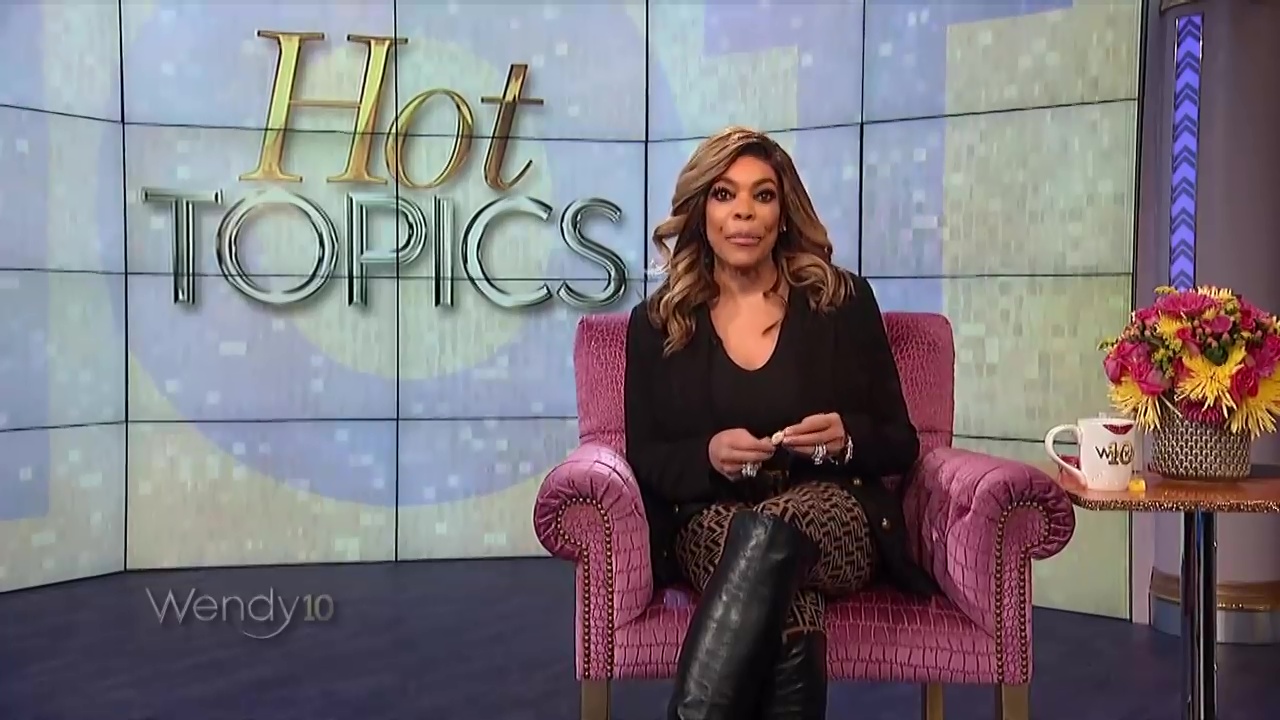 Did the struggling and frail Wendy Williams (54) drop hints to her BET (DStv 129) talk show audience this week as to what's really going on in her life, saying "what kind of man beats a woman?" and "long week" before she's off the air yet again for another week?

Fans are wondering and speculating as to what's really happening with Wendy Williams and why she's not addressing the biggest "hot topic" on her show - herself.

American media this past week reported more lurid details about her private life as Wendy Williams desperately struggles to regain control of her life and talk show as her personal life continues to spiral out of control - plagued by growing rumours about her failing health and crumbling marriage.

The Daily Mail last month reported that Wendy Williams is now living in a "sober living house" in New York with other people struggling with addiction problems, only leaving to go and do her weekday talk show.

The Daily Mail this week reported that Wendy Williams was hospitalised on Monday after she relapsed and was found drunk - but after being given intravenous fluids, she was still rushed to the set of her show to record Monday's episode.

Wendy Williams only revealed that she's living in a sober living facility in Queens after The Daily Mail made a media enquiry and was about to report it when she teary-eyed told her talk show audience that she's been getting help for addiction to alcohol and pills for weeks.

Wendy Williams started her latest struggle with addiction after her right shoulder injury in December when she said she fell, and took an extended break from her show.

The New York Post's Page Six reported this week that Wendy Williams relapsed and got drunk after Sharina Hudson, who is having an extra-marital affair with Wendy's husband Kevin Hunter, gave birth in Philadelphia on Sunday night.

Kevin is reported to allegedly be the father of his mistress' newborn, although there's no proof of that. He is also the one who put Wendy Williams in the sober living house and monitors her every move at the talk show where he is one of the producers as well as her business manager.

Fans now think a "captive" Wendy Williams is silently trying to signal the public and crying out for help. 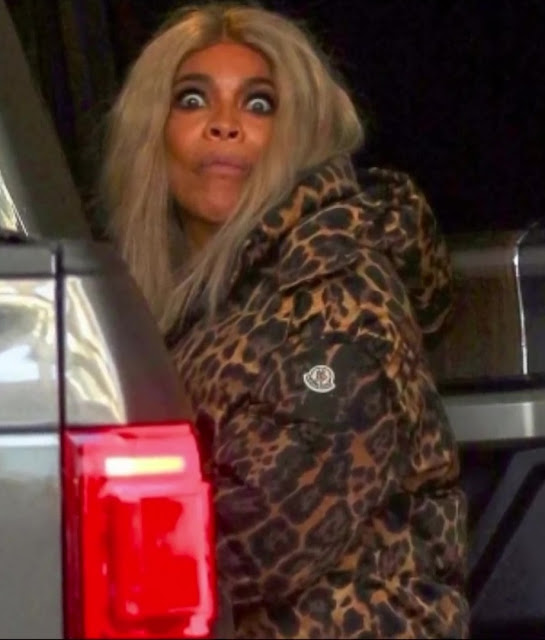 Twenty minutes into Wednesday's episode of The Wendy Williams Show things suddenly became extremely awkward when Wendy Williams, after a "hot topics" discussion about how Dr Dre physically assaulted the journalist Dee Barnes some years ago, suddenly looked at her audience and asked: "What kind of man beats a woman?"

She then did a long stare in silence, then made a sideway-down glance to her right shoulder with a knowing smile, and then said: "And what kind of men stand around and see this happen and not break it up?"

Is Wendy Williams trying to signal that she is herself a victim of domestic abuse? That was followed by yet another long, awkward glance and Wendy saying "hmmm".

On Friday's show it looked as if Wendy Williams dropped another "clue" about her life, saying "sorry; long week" as she dropped a throat lozenge into her tea.

An on-set source told Page Six that Wendy Williams is "so frail and vulnerable. It's frightening just how completely under Kevin's control Wendy is. But she won't hear a word against him".

"Those close to her are terrified something awful is going to happen. She comes to the set looking terrible."

Now The Wendy Williams Show is once again going into reruns for next week with Wendy Williams that on Friday said in her show that "we are on vacation for 7 days. We will be back the following Monday. Sorry".

"The Wendy Williams Show is taking a previously scheduled spring break hiatus and airing repeat episodes during the week of 1 April. The show will return with original episodes on 8 April," the talk show said in a written statement.

The latest break comes after Wendy Williams returned on 4 March after 2 months away from the show during which American presenters stood in for her, followed by repeat episodes.
on 6:27:00 PM