Like a recycled Pick n Pay packet former SABC CEO quitter, Lulama Mokhobo suddenly pops up as one of 24 shortlisted candidates for SABC board vacancies. 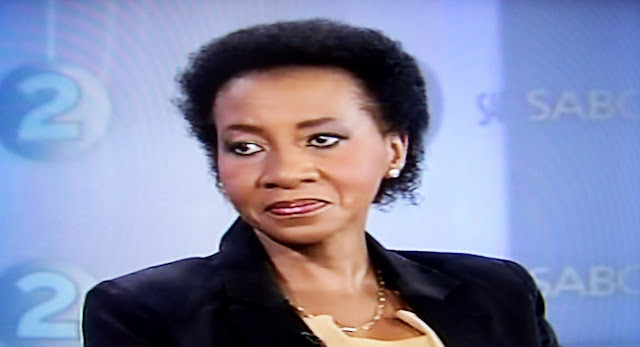 Like one of the recycled Pick n Pay packets - the new blue ones - the former SABC CEO quitter, Lulama Mokhobo has popped up as one of the 24 shortlisted candidates for the 8 vacant SABC board seats.

Lulama Mokhobo who quit as SABC CEO barely two years after she was appointed in 2012 because she couldn't cope with the famously matricless Hlaudi Motsoeneng, now wants to be on the SABC board at a time where the crumbling South African public broadcaster is facing even bigger and more severe problems that when she had an Auckland Park corner office.

When Lulama Mokhobo quit as SABC CEO in February 2014, it was the second time she went away from the SABC.

Now Lulama Mokhobo is back for a third try, wanting to be involved with the SABC hovering on the edge of a financial cliff, when she'd left before when the going gets tough.

On Thursday, following criticism for not doing what it promised the public and the TV industry, parliament's portfolio committee on communications finally released the shortlisted 24 names who will be interviewed to fill the 8 empty seats on the unstable and inquorate SABC board.

Another candidate, Mary Papayya, is a former journalist and executive member of the South African National Editors' Forum (Sanef).

Itani Tsiesi is die SABC's former group executive for risk and governance. In 2016 during parliament's inquiry into the SABC, he explained how disastrous the tenures of the former SABC chairpersons Mbulaheni Maguvhe, Ellen Tshabalala and Ben Ngubane were.

Gift Buthelezi is a former director general at the department of telecommunications and postal Services.

In 2017 Gift Buthelezi was involved in a legal fight with the then-minister of telecommunications Siyabonga Cwele for allegedly spending R4.3 million to organise an international conference in the Eastern Cape in 2012 but the lawsuit was later withdrawn.

Mmabatho Ramagoshi is a former provincial general manager of the SABC in Gauteng as was a former chariperson of the National Film and Video Foundation (NFVF).

Mfanozwele Shozi was part of a SABC commission looking into allegations of sexual harassment at the South African public broadcaster that found that SABC management ignored complaints of harassment and deliberately conspired to protect perpetrators and predators.

The names of the shortlisted candidates will be published on parliament's website and interviews are set to be conducted from 5 to 7 March.