Censor out the gay from the Lusaka Hustle reality show before its allowed back on Zambezi Magic, Zambia's information ministry tells MultiChoice Zambia and M-Net. 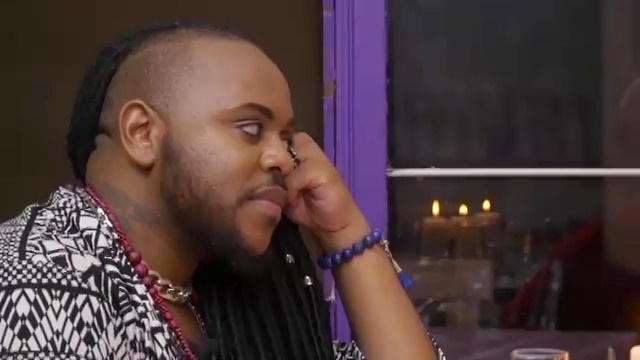 Censor out the gay and re-edit the Lusaka Hustle reality show before it's allowed back on the Zambezi Magic (DStv 160) channel, Zambia's information ministry is telling MultiChoice Zambia and M-Net in the growing, controversial and latest Africa TV censorship brouhaha that has erupted in the homophobic country.

Lusaka Hustle has been yanked off the air, unwillingly, by MultiChoice Zambia and M-Net's Zambezi Magic channel to comply with the head-scratching order from Zambia's Independent Broadcasting Authority (IBA), that ordered Lusaka Hustle off the air, over allegedly showing and promoting "gay tendencies".

Now Zambia's information ministry also wants the apparent gayness censored out of Lusaka Hustle before MultiChoice and M-Net can put the show back on Zambezi Magic for viewers in that country and multiple other pan-African nations.

Removing the show from Zambezi Magic - that has only one channel feed - means that Lusaka Hustle has been removed not just for DStv subscribers in Zambia but for MultiChoice's customers across the whole of Southern Africa in multiple countries except for South Africa where the channel isn't available.

In an interview on Zambia's QTV News, Chanda Kasolo, Zambia's information and broadcasting services secretary, reportedly said that MultiChoice and M-Net must censor episodes of Lusaka Hustle and get rid of the purported gayness portrayed.

Chanda Kasolo said that this is the medium-term solution that Zambia's homophobic government has agreed upon with MultiChoice Zambia. It's not immediately clear if MultiChoice Zambia and M-Net's Zambezi Magic packaged channel indeed agreed to self-censorship of its own artistic TV work.

Chanda Kasolo in the QTV News interview, said Zambia's government in the long-term will decide what restrictions exiting laws impose in terms of censorship of TV programming in Zambia, and that the promotion and practice of homosexuality through television programming is illegal in Zambia.


Zambezi Magic: Still unclear what show parts violate law
Lusaka Hustle that started on 24 January, initially got in the crosshairs Godfridah Sumaili, Zambia's minister for religious affairs and national guidance, who complained that Lusaka Hustle features a character with "gay tendencies" and wearing a dress - a complaint that went viral on social media.

Some viewers were disturbed that Kuni wore a dress in a recent episode while doing a spa day in Lusaka.

It is the second censorship of content on Zambezi Magic since the debut of the M-Net packaged and produced channel that is meant as a Southern African version of South Africa's successful Mzansi Magic channel.

In November 2017 the show Talk with Kwangu was censored and pulled off the air on Zambezi Magic, following Zambian government interference and pressure.

Zambezi Magic is aimed at helping producers in Namibia, Zimbabwe, Botswana, Zambia, Malawi and Eswatini to get their original content from their countries on the air for local DStv audiences to enjoy.

On Friday Timothy Okwaro, head of Zambezi Magic, in response to a media enquiry from TVwithThinus said that "Zambezi Magic wishes to inform viewers of our decision to temporarily suspend scheduling the show Lusaka Hustle".

"We are proud to be associated with the show, which aimed to bring great reality television to Zambia audiences."

"All our programming is rigorously checked, and we are still unclear about which aspects of the show contravene Zambian law. Zambezi Magic, together with the cast and crew, wishes to thank our viewers for all their support and we look forward to returning to our normal scheduling soon."

MultiChoice Zambia in a statement to TVwithThinus on Friday said that "with regret MultiChoice Zambia has engaged channel provider Zambezi Magic, to suspend scheduling of the Lusaka Hustle show until further notice".

"MultiChoice Zambia received a formal directive from the IBA on 12 February 2019 to suspend the show, with immediate effect, for promoting 'ideas and a lifestyle that the authority doesn't want Zambians to be exposed to' ".

"We are facilitating compliance with the directive but will follow the appeal procedure set out in the Independent  Broadcasting Authority Act to get clarity on the correct interpretation of the law. We remain committed to the promotion of local content and respect for the law."