NBCUniversal announces plans to also start its own video streaming service, will launch it in early-2020. 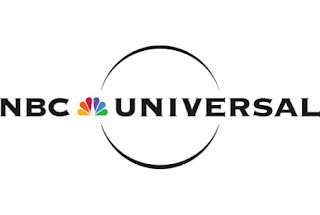 NBCUniversal is joining the competition to launch and have a video streaming service and plans to launch its own in early-2020, run and overseen by NBCUniversal's longtime pay-TV boss, Bonnie Hammer.

Meanwhile there are Netflix and Amazon Prime Video, the BBC is working on improving its iPlayer, and South African and African viewers are also familiar with options like Showmax and Acorn TV that just launched, while the rest of sub-Saharan Africa has Econet's struggling Kwesé iflix.

Along with NBCUniversal'sstreaming service plan, Jeff Snell is being promoted and put in charge of oversight of NBCEntertainment, International and Telemundo as well.

NBCUniversal's not-yet-named video streaming service will be launched in 2020 and not just in the United States for Comcast pay-TV subscribers but will also be available to pay-TV operator Sky in the United Kingdom as well as other parts of Europe where Sky has a presence - reaching a combined 52 million subscribers.

NBCUniversal's streaming service will be ad-supported but a commercial-free version will be available for a fee, while viewers who are not pay-TV subscribers will be able to buy a separate subscription to the service.

"NBCUniversal has some of the world's most valuable intellectual property and top talent, both in front of and behind the camera. Many of the most-watched shows on today's popular streaming platforms come from NBCUniversal," says Steve Burke, NBCUniversal CEO, in a statement announcing plans for the new service.

"Our new service will be different than those presently in the market and it will be built on the company's strengths, with NBCUniversal's great content and the technology expertise, broad scale and the wide distribution of Comcast Cable and Sky."

"People are watching premium content more than ever, but they want more flexibility and value. NBCUniversal is perfectly positioned to offer a variety of choices, due to our deep relationships with advertisers and distribution partners, as well as our data-targeting capabilities."

"Advertising continues to be a major part of the entertainment ecosystem and we believe that a streaming service, with limited and personalized ads, will provide a great consumer experience."
on 9:45:00 PM