China's CGTN TV news channel again self-censors and deletes its own reported news after saying the moon rover Chang'e 4 has landed on the dark side of the moon. 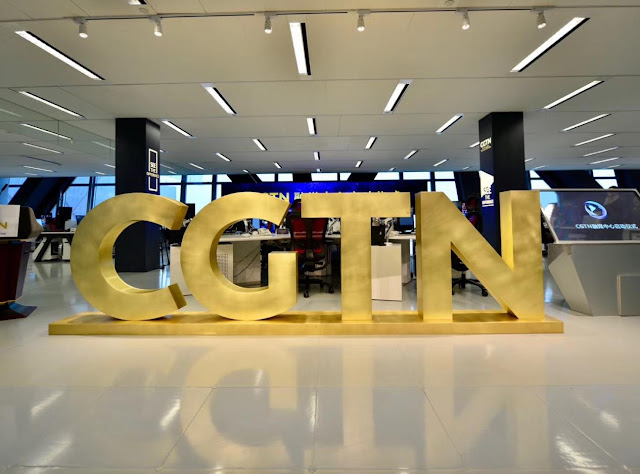 China's CGTN (DStv 409 / StarSat 266) once again self-censored and deleted its own reported news just months after it removed a broadcast and published Donald Trump piece - this time deleting its report that China's Chang'e 4 moon rover had made a successful landing.

The CGTN TV news channel once again damaged whatever credibility it might have as well as its perceived news ethics when it deleted its breaking news report on Thursday, 2 January, that the China National Space Administration (CNSA) had landed the robotic probe Chang'e 4 in the unexplored South Pole-Aitken basin on the dark side of the moon's surface.

The China Daily also deleted news its original news report, along with CGTN.

CGTN caused confusion since its self-censorship caused panic under other traditional news media who reported the news about China's moon landing, citing CGTN as a source, who suddenly took away and deleted what it reported and staying silent about why it's self-censoring and deleting news.

In the deleted tweet on social media, CGTN initially reported that "China's Chang'e-4 probe lands successfully on far side of the moon marking the first ever soft-landing in this unchartered area" together with a photo. 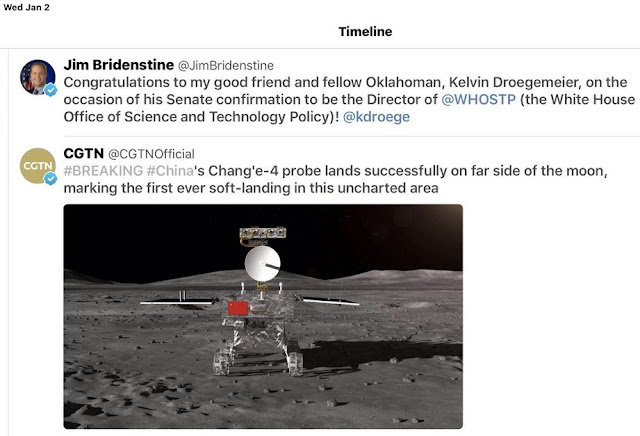 After CGTN deleted its own breaking news, China's state-run broadcaster CCTV announced and "confirmed" the news, together with the image.

CGTN latest deleting and self-censoring of the news comes just months after CGTN in August 2018 mocked American president Donald Trump in a 3-minute video report that it censored and deleted hours after it was broadcast and posted online and on social media.

In its satirical video, CGTN thanked Donald Trump for starting a trade war between China and the United States of America.

Then, as now, China and CGTN, remained silent about why it censors content - especially its own-produced news content, not saying a word about why it's doing so not afterwards instead of before publishing and broadcasting, making its embarrassment bigger and its biased news values more obvious.
on 6:51:00 PM