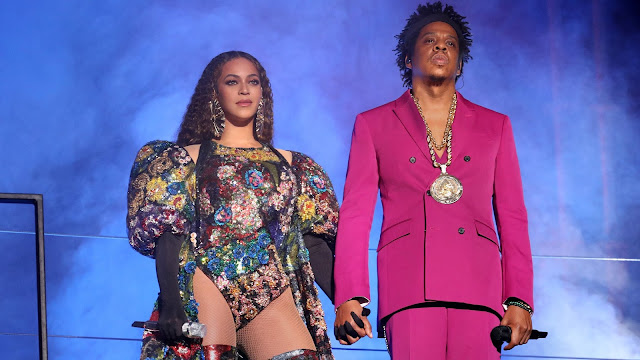 The Mandela 100: Global Citizen Festival 2018 left a very bad aftertaste for South Africans and South African viewers after the televised Beyoncé and Jay-Z performance was cut short, followed by terrified concert goers held at knife and gun point when they left the FNB Stadium in Soweto.

The Mandela 100: Global Citizen Festival 2018 angered DStv subscribers, SABC viewers and the audience watching through several of the streaming links on Sunday night as Beyoncé and Jay-Z's cut their televised performance to just 25 minutes - followed by shocking robberies and attacks and the pathetic South African Police Service nowhere to be seen afterwards, as absolutely terrified concert goers got attacked and robbed.

Shocked and flabbergasted viewers didn't know and couldn't understand why the Beyoncé and Jay-Z performance on Sunday night at Mandela 100: Global Citizen Festival 2018 suddenly got cut at 22:15 after just 25 minutes of the 2 hour performance - something they've waited for for hours since 14:00 on Sunday afternoon through some tepid stage performances and multiple patronising speeches delivered with American accents.

MultiChoice did reveal belatedly over the past weekend that it would only be broadcasting 25 minutes on its DStv satellite pay-TV service of the on-stage appearance of Beyoncé and Jay-Z and that only the same 25 minutes would be streamed on YouTube and elsewhere.

This is because "the full performance of Beyoncé and Jay-Z is exclusive to those who have earned their tickets to be inside the stadium on the day".

Unfortunately MultiChoice communicated it too late and too close to the weekend and a lot of viewers had no idea why the feed on DStv, SABC1 and on streaming services like YouTube and the SABC News service abruptly got cut off. 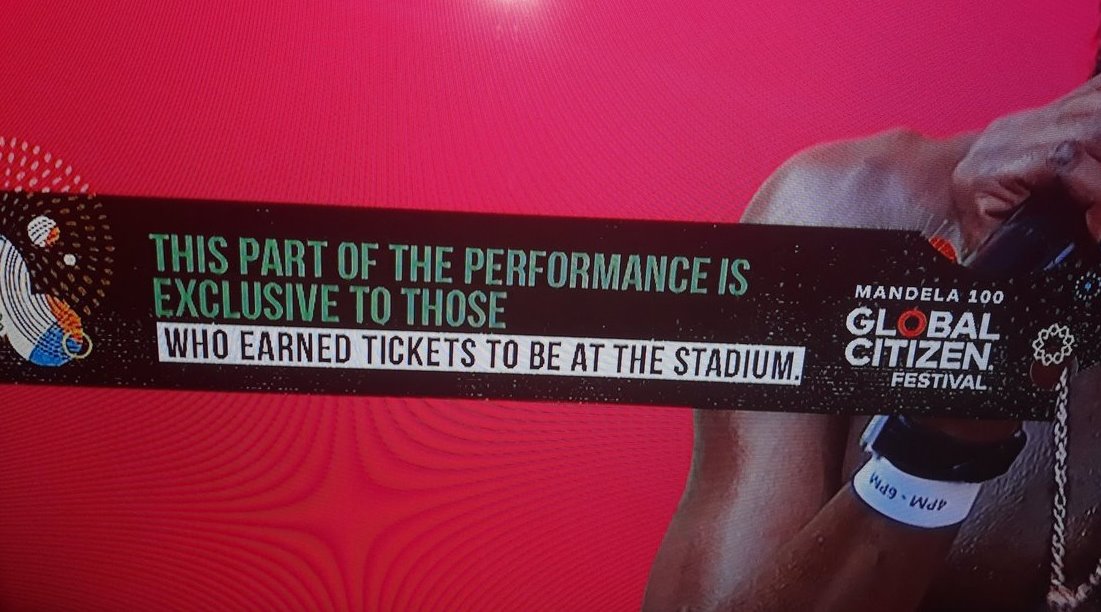 After the end of Beyoncé and Jay-Z performance, those who have earned their tickets to be inside the stadium for the Mandela 100: Global Citizen Festival 2018, got robbed in horrific attacks when the South African Police Service who was quick to be on show to prevent people getting into the stadium who don't have a ticket, was nowhere to be seen when people left.

Gangs of criminals attacked and robbed Mandela 100: Global Citizen Festival 2018 concert goers of their bags and cellphones in the vicinity of the Sasol garage close to the FNB Stadium, with many people slamming Uber South Africa for not being available when they wanted to use the ride-sharing service.

"There was NO SAPS present. Nothing. The screaming of girls and people everywhere still rings in my head. People running away holding bricks because they feared for their safety. They knifed people, burning people. It was horrifying," Catherine Constantinides, Miss Earth SA director tweeted and who called the crime "harrowing" to witness.

Leanne Manas, the SABC2 Morning Live presenter tweeted "@JoburgMPD where were you last night AFTER the #GlobalCitizenFestivalSA when people were being mugged & harassed by thugs?? You were everywhere BEFORE the show to ensure no one without access got in - but AFTER??"

Another concert goers tweeted that when she called the South African police "to alert them of mass mugging, sexual harassment, guns and stampedes they should have arrived" but didn't.

Imaan Moosa said "we couldn't go anywhere because men were stealing and harassing people all around us. We were corralled in. We decided to stay amongst the obviously scared and startled crowd. Strength in numbers. Then a gunshot went off and people started running."

Alison Bradley, Global Citizen Festival spokesperson said a press release would be issued on Monday but by 14:30 on Monday there was as yet still nothing in the form of any statement.

Global Citizen did tweet that "After such an inspiring evening, we are saddened to hear the challenges people had while leaving the venue. We have been working to support people getting home safely."

Meanwhile on Saturday the young rigger, Siyabonga Ngodze plunged to his death while working at the Global Citizen Festival production set-up

Global Citizen said that it had been advised that Siyabonga Ngodze was an experienced rigger and was wearing all appropriate safety gear and equipment.


UPDATE MONDAY 3 December 2018 15:52
Global Citizen and the House of Mandela finally got around to issuing a press statement saying they're "deeply disturbed" by the horrific crime that engulfed concert goers leaving the Mandela 100 Global Citizen Festival.

"The safety of our guests is always of paramount importance to us and we understand and strongly empathise with their hurt and anger," says Andrew Kirk, global director of PR for Global Citizen, in a statement.

"The South African Police Service is requesting all victims of wrongdoing to file a police report, which we strongly encourage."
on 2:39:00 PM