TV CRITIC's NOTEBOOK: ABN360's CNBC Africa held its 8th All Africa Business Leaders Awards 2018, like a tree falling in the woods - not a word beforehand or anything after, quietly content to trundle along in its own bubble world. 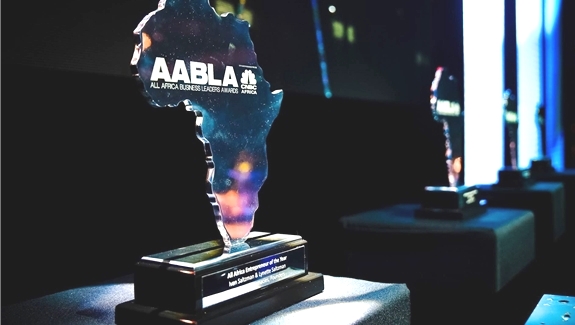 CNBC Africa (DStv 410 / Cell C black 512) on Thursday last week once again held its 8th All Africa Business Leaders Awards 2018 (AABLA) but it was a silent media tree falling in the woods that nobody heard and nobody cared about.

Who won, what happened, and what CNBC Africa and AABLA wanted to possibly communicate, nobody knows since ABN group founder Rakesh Wahi's CNBC Africa couldn't be bothered to reach out to the media either before its awards show, or afterwards with just a basic press release as is customary for TV channels and their award shows.

Why so shoddy? Who knows. CNBC Africa didn't respond when TVwithThinus last Friday asked what's going on with AABLA2018. By Monday and after asking again ... still nothing.

Tick, tick tick on the TV screen. Yes, CNBC Africa is on the air, so presumably there are people there.

CNBC Africa also long ago stopped issuing any information to the press or to MultiChoice's DStv press portal for media used by journalists and newsrooms, creating the impression that the ABN360 channel doesn't care about press or getting press exposure, trundling along in its own world without caring to know or doing better.

Unlike something like MultiChoice and Mzansi Magic's (DStv 161) 2018 DStv Mzansi Viewers' Choice Awards that took place two weeks ago for the second time and that was PR and publicity perfect in the same American way that the Oscars and Emmys do things, CNBC Africa couldn't even be bothered to issue a basic press release afterwards with just the winners' names in the various categories.

CNBC Africa and the 8th All Africa Business Leaders Awards 2018 stand in stark contrast with something something like the DStv Mzansi Viewers' Choice Awards that has a red carpet, invites press beforehand to cover it, invites media to attend, and beforehand did an excellent nominees announcement press event and issued press releases and images.

Even afterwards media were sent red carpet images, awards show images, a press release and even video clips to use.

While TVwithThinus was invited to the 2018 DStv Mzansi Viewers Choice Awards but couldn't attend (had to go to a wedding), it was possible to cover the awards show perfectly, since the Mzansi Magic channel's PR and publicity was absolutely excellent and of international standard - supplying media and the press with everything they could possibly want or need, from information to images, and extremely quickly.

CNBC Africa and AABLA2018 on the other hand did absolutely nothing and couldn't be bothered.

The weird thing is that the All Africa Business Leaders Awards is CNBC Africa's "most prestigious" in-house awards show. While the business channel covers other award shows and conferences too, this is supposed to be the one it makes most effort and fuss about - but it doesn't.

Why is CNBC Africa's publicity service so bad and non-existent? Does CNBC Africa and AABLA think there's no or not enough interest from the press and therefore don't bother?

Do people maybe not know who the media are, or how to do basic public relations as a TV channel, or how to communicate when doing an award show, or what the PR requirements are around an award show or a televised event show?

Did viewers know to tune in? Did anyone even know it would be a live broadcast? CNBC Africa's lack of basic communication with the media is stunningly bad.

It's very disappointing that CNBC Africa and the All Africa Business Leaders Awards would go to all the trouble of doing an award show but fail to communicate about it outside of its own bubble and don't seem to care to involve the broader media in its event or the news it might generate.

CNBC Africa's AABLA might say it's "All Africa Business" but in the end for the 8th edition in 2018 it was actually more a case of all for nothing.
on 1:14:00 PM