THE EMPIRE COMES BACK: Empire's Cookie, Taraji P. Henson is jetting back to South Africa for her second week-long visit. 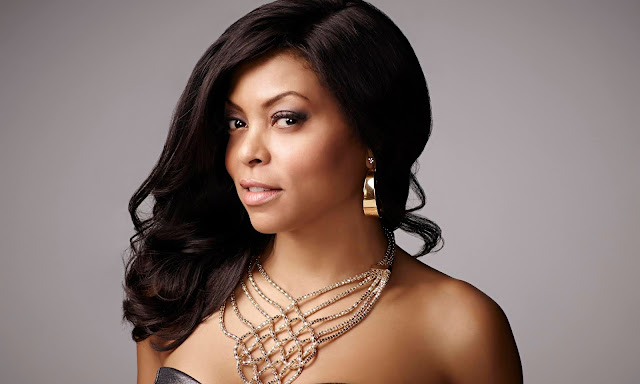 The Empire star, Taraji P. Henson is jetting back to South Africa for her second visit, and will spend a week in the country, once again soaking up the African sun, meeting fans, doing a press conference and media interviews and bringing her celebrity profile to some local charity work.

TVwithThinus can reveal that Taraji P. Henson will be in South Africa for another 5-day Empire press tour that will include a press conference this coming Monday. She will stay the whole week, closing off her visit with an exclusive "Women in Media" event.

Organisers of the latest visit have been extremely careful around the South African press tour of Taraji P. Henson who plays the beloved Cookie Lyon - after the scandal in August when 21st Century Group, that has since gone to ground, announced a now-controversial "International Women in Media Conference 2018".

21st Century Group that has nothing to do with 21st Century Fox but used an inverse form of its logo, lied and said that the event - that was quickly exposed as fake - would have headliners like the American stars Taraji P. Henson, Halle Berry and others in attendance as part of the line-up.

Taraji P. Henson quickly called out 21st Century Group for using and attaching her name to its bogus get-together, slamming it as "fake news".

Taraji P. Henson's latest and confirmed visit is however organised and overseen directly by her management and FOX Networks Group Africa (FNG Africa), that also managed her previous and first visit to South Africa back in June 2016.

Empire is going on its mid-season break for Christmas with its last new episode for the year this week on FOX (DStv 125 / StarSat 131 / Cell C black 201), with the second half of the 5th season of the American music industry drama that will start around March or April 2019 on FOX.

Earlier seasons of Empire is also broadcast on e.tv that picked up the free-to-air rights.

During her 2016 visit with co-star Terrence Howard, Taraji P. Henson signed autographs at the O.R. Tambo airport before she was whisked away, did media interviews and a press conference at the MultiChoice City headquarters, did meet-and-greets with Empire "super fans", and closed it off with an invite-only Empire South Africa VIP party in Johannesburg where they were ensconced in a VIP area within the VIP event.

The Golden Globe winner also made time to visit the Keep a Child Alive and Kliptown Youth (SKY) Foundation in Soweto.

While Empire, that didn't sell well in international distribution, struggles in the ratings and finding global audiences, the show and stars like Taraji P. Henson are popular and do resonate in TV markets like South Africa with her fashionable Cookie-couture, biting one-liners and "accidental" public faux pas like spilling wine in rivals.

Here, with a fast-growing middle-class TV audience rapidly switching to pay-TV, viewers are enthralled not just by the modern-day Alexis Carrington-like character's antics, but by the strong female empowerment message underlining the character's "cookie-crazy" facade.