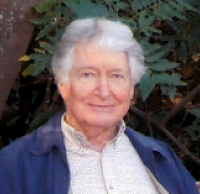 A South African veteran TV presenter and producer, Pat Rogers, has died on Sunday in Somerset West after a short illness. He was 87.

Working at the SABC where he was a presenter of current affairs programmes like Midweek and Agenda, he eventually left the South African Broadcasting Corporation, then more and more becoming a National Party (NP) propaganda mouthpiece, after conflict with management.

Pat Rogers will also be remembered for lodging a complaint with the SABC and the Broadcasting Complaints Commission (BCCSA) in March 2003, then working for the Catholic community radio station Radio Veritas, after observing that the SABC News was censoring its/the news by refusing to cover a story dominating the news at the time, namely that the Scorpions at the time were investigating Jacob Zuma implicated in the controversial Arms Deal scandal.

Pat Rogers will also be remembered for how he submitted a proposal in 1994 to parliament's committee on justice, saying that proceedings of the Truth and Reconciliation Commission (TRC),South Africa's parliament, and courts should be covered and broadcast live on South African television and radio - a change that was eventually implemented.

Pat Rogers who also worked for the South African Press Association (SAPA) and Rhodesia Television, where he resigned after being ordered to censor the TV news by Kenneth Kaunda,was also the first news editor of the 702 radio station.

Pat Rogers also worked for Australia's public broadcaster, the Australia Broadcasting Corporation and was a co-presenter of its This Day Tonight current affairs programme.

Pat Rogers leaves behind his wife Anne, his son Guy, stepchildren Nicholas and Jane, and three grandsons.
on 2:27:00 PM