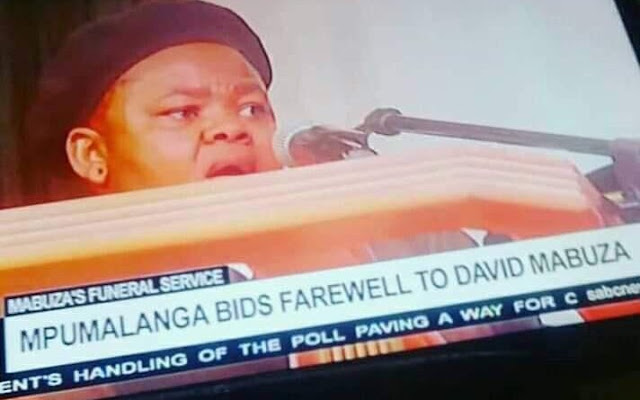 The SABC's SABC News (DStv 404) wrongly reported that deputy president David Mabuza died on Saturday, erroneously using his name instead of that of Joseph Mabuza, the Mpumalanga community safety spokesperson who died on Saturday.

Joseph Mabuza (47) died Saturday afternoon in a hit-and-run accident when his motorbike was involved in an accident with a bakkie on the N4 at Hectorspruit while he was travelling to Mbombela.

So far there's been no public apology from the SABC or SABC News about the David Mabuza on-air gaffe.

It's the latest embarrassing on-air TV news mistake, one of several, the SABC and SABC News did this year. The SABC did away with multiple freelance workers working at SABC News this year - the channel that the SABC produces for MultiChoice's DStv satellite pay-TV platform.

The commercially insolvent South African public broadcaster plans to fire thousands of workers in early-2019 as part of drastic cost-cutting and its latest turn-around plan of which the details remain sketchy.


I understand it's festive season mood but this nonsense is so saddening to mistake Joseph Mabuza and David Mabuza... so SABC says deputy president has passed on? Hai plz @SABCNewsOnline https://t.co/5ZU8DpidJj
— Leshaba Khomotso M (@leshabakm) December 30, 2018