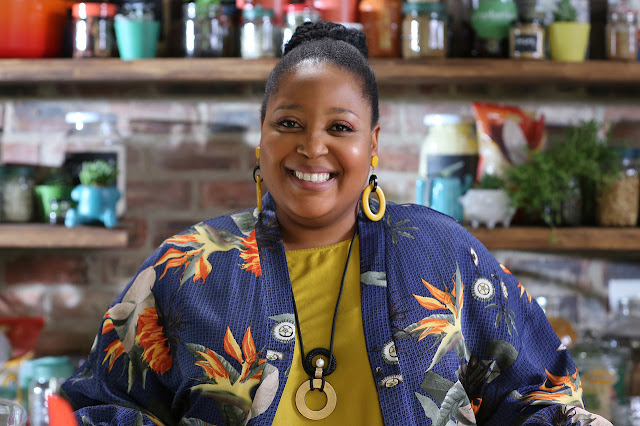 Celeb Feasts with Zola is a new cooking show that will start on Mzansi Magic (DStv 161) on Tuesday 8 January at 21:30 with chef Zola Nene cooking with celebrities.

The 13-episode Celeb Feasts with Zola, produced by Okuhle Media, is a cooking-talk show in which the chef does three recipes per episode while interviewing a guest and sharing cooking and baking tips with viewers in Zola's kitchen.

Okuhle Media says Celeb Feasts with Zola will shows viewers how to prepare quintessential South African cuisine, while sharing personal stories from role models that can help to change lives.

By the time her guests arrive, Zola Nene would have already prepared the starter. Then both celebrity and Zola go to work in the kitchen as they chop, peel, stir and share fond memories and moments that have shaped their lives.
on 12:09:00 PM