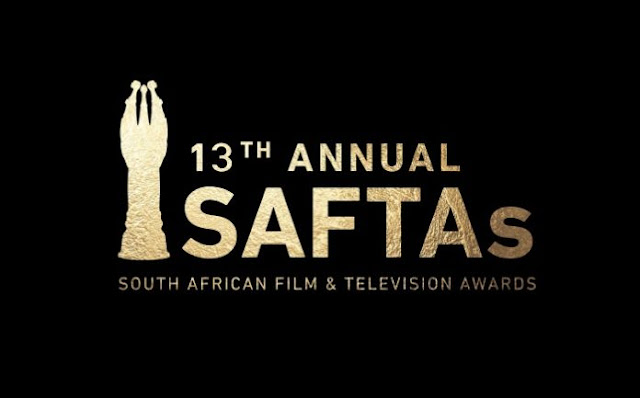 The beleaguered National Film and Video Foundation (NFVF) that's been roiled by corruption is trying to improve its local TV and film awards, announcing Clive Morris Productions (CMP) as the production company for the 13th South Africa Film and Television Awards (Saftas), while it's desperately looking for funds to stage it.

Meanwhile the Saftas technical awards that used to take place a few days before the main awards show, will now be taking place on the same day or be incorporated into the main show.

The NFVF and the Saftas continues to be slammed for mounting an amateurish and unprofessional awards show, embarrassing the local TV and film industry whose professional level of work and output it is supposed to showcase and celebrate.

Shadrack Bokaba who has taken over as acting NFVF CEO, after Zama Mkosi abruptly quit and left under a cloud in mid-2018, says the "judging process is fair, credible and inclusive" for the upcoming 13th Saftas that will be broadcast on SABC2 on Saturday, 2 March 2019, starting with a red carpet show at 19:00, followed by the main awards show at 20:00.

At 2 March, the 13th South African Film and Television Awards will be almost a month earlier than the date of 24 March this year, leaving producers and organisers precious little time to prepare.

The Saftas will also once again be held at the Sun City resort in the North West province, despite electricity blackouts this year than scuppered planned press events, the media not being told or able to get access to panel discussions, and criticism about the distance forcing talent, nominees and attendees to drive back to Johannesburg after the awards show very late at night.

Asked why the Saftas will again be held at Sun City given these problems, the NFVF says "Sun City is chosen in an effort to diversify and ensure film and TV related activities are spread across the under-services provinces".

"The North West province, in partnership with the North West department of culture, arts and traditional affairs, entered into a partnership that includes yearlong activities to develop the film industry in the province."

After ongoing criticism over the Saftas shoddy production values and multiple mistakes marring the awards show both for the in-studio crowd as well as viewers at home, the NFVF has awarded the tender to execute and deliver the live broadcast of the 13th Saftas to Clive Morris Productions.

The NFVF tells TVwithThinus that the usual Saftas technical awards preceding the main ceremony as a separate awards show evening two days prior will in 2019 no longer be happening over two different days but "will happen in one day in order to allow everyone in the industry to honour and celebrate each other, while promoting the creativity, quality and excellence".

Asked why the NFVF has been able to secure SABC2 as the broadcast channel much earlier than in the past, and Clive Morris Productions as the production company, the NFVF says "it hopes to continue our partnership with the SABC allowing viewers from all over South Africa the opportunity to celebrate with all the winners" and that "the tender process concluded earlier in the hope to begin the preparations timeously".


Producers' boycott solved?
The past few years the NFVF has been embroiled in various allegations of money wasting and mismanagement of funds by senior executives, seriously damaging the credibility and reputation of the NFVF with the organisation that has seen its relationship with both the TV and film industry deteriorate, as well as with the media.

The Saftas also suffers from an ongoing boycott by South African production companies and shows damaging the award show's credibility with the NFVF that has done little besides lipservice to address producers' concerns regarding the Saftas structure, transparency over judging and other issues.

For the past number of years the Saftas' Most Popular TV Soap category voted for by viewers has also been a hollow victory with an incomplete list, since local soaps are blocked from being eligible if they don't enter any of the other categories - a lock-out rule the NFVF has refused to change.

It has made it impossible for instance for Generations on SABC1 or Muvhango on SABC2 to win despite being two of the most-watched TV shows in South Africa, two of the shows that continued a boycott against the Saftas in 2018.

Like for the 12th Saftas, the overall judging chairpersons for the 13th Saftas are producer Firdoze Bulbulia and the South African singer, actress, and playwright Thembi Mtshali-Jones, with judging that started in November. The second phase of judging will start in January 2019.

The nominees for the 13th South Africa Film and Television Awards will be announced in February 2019 with the industry hoping that the NFVF will drastically improve the way the nominees announcement media event is organised, presented and executed, following similar, ongoing criticism about unprofessionalism for the 12th Saftas and in the past.

Meanwhile the NFVF, where a forensic investigation this year found that NFVF staffers and council members took family members with them on luxury trips to Sun City, says it's looking for funds for the Saftas.

Shadrack Bokaba says the "NFVF is working tirelessly to try and source funding for the awards. The awards are funded through partnerships, and I urge both public and private sector partners to come together and assist us in honouring and celebration excellence in our industry".

"I would like to thank all the producers for submitting their content and reiterate that these awards are on a voluntary basis. Work and talent that is not submitted by the producers of the respective shows and films cannot be considered."
on 9:26:00 AM