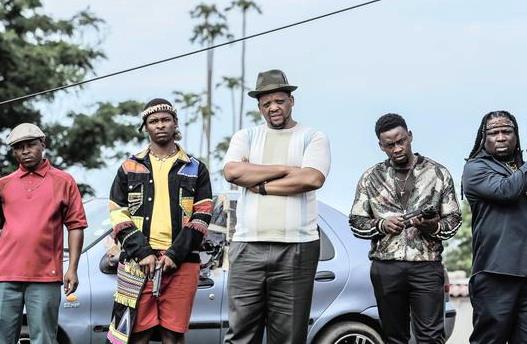 A new local drama series about the murky world of paid assassins, eHostela, that was filmed in KwaZulu-Natal, is starting on Mzansi Magic (DStv 161) on 6 January at 20:00 as a new Sunday night drama.

eHostela was shot entirely in KwaZulu-Natal, with the 13-episode series that was produced by Stained Glass Productions, also responsible for SABC1's Uzalo.

eHostela will chronicle the mysterious and dangerous world of paid assassins (izinkabi) bound by loyalty and secrecy through the eyes of a young inkabi, Mdeni (Thobani Nzuza) - the adopted son of a ring leader Mancinza (Bheki Sibiya).

Mdeni doesn't want to kill but has a dream to follow his real passions - maskandi music.

All seems to be going according to plan with Mdeni agreeing to one last hit, but his loyalty to his family is questioned when he meets Khethiwe (Lungelo Mpangase) at a maskandi competition and allows himself to fall in love - plunging his life into turmoil.

Besides battling a more violent brother, Jama (Wiseman Mncube) who is Mancinza's biological son, things get worse when Jama's rage and jealousy spirals out of control when it's revealed that Mancinza planned to leave the family business to the more reclusive Mndeni.

Detective Brightness Sithole (Zola Nombona) has been transferred to the region and she has a lot to prove in this hostile male-dominated setting. She is assigned to the KwaDela police station situated just outside the dangerous hostel and believes that The Brotherhood are the cause of the lawlessness in the community.

She is hellbent on breaking the world of corruption, murder and crime. Her partner, detective Nkomo (Martin Ziqubu) is widely respected in the community and highly celebrated in the police force. He lost his former partner to the Delafuka Hostel, when the hitmen sent a strong message to the police about their "territory" and Nkomo has an axe to grind.

"Mzansi Magic viewers will be exposed to the desperate lengths one is willing to go to for love, set against the backdrop of a world bound in blood and uncompromising loyalty," says Reneilwe Sema, director of local entertainment channels at M-Net.
on 12:18:00 PM