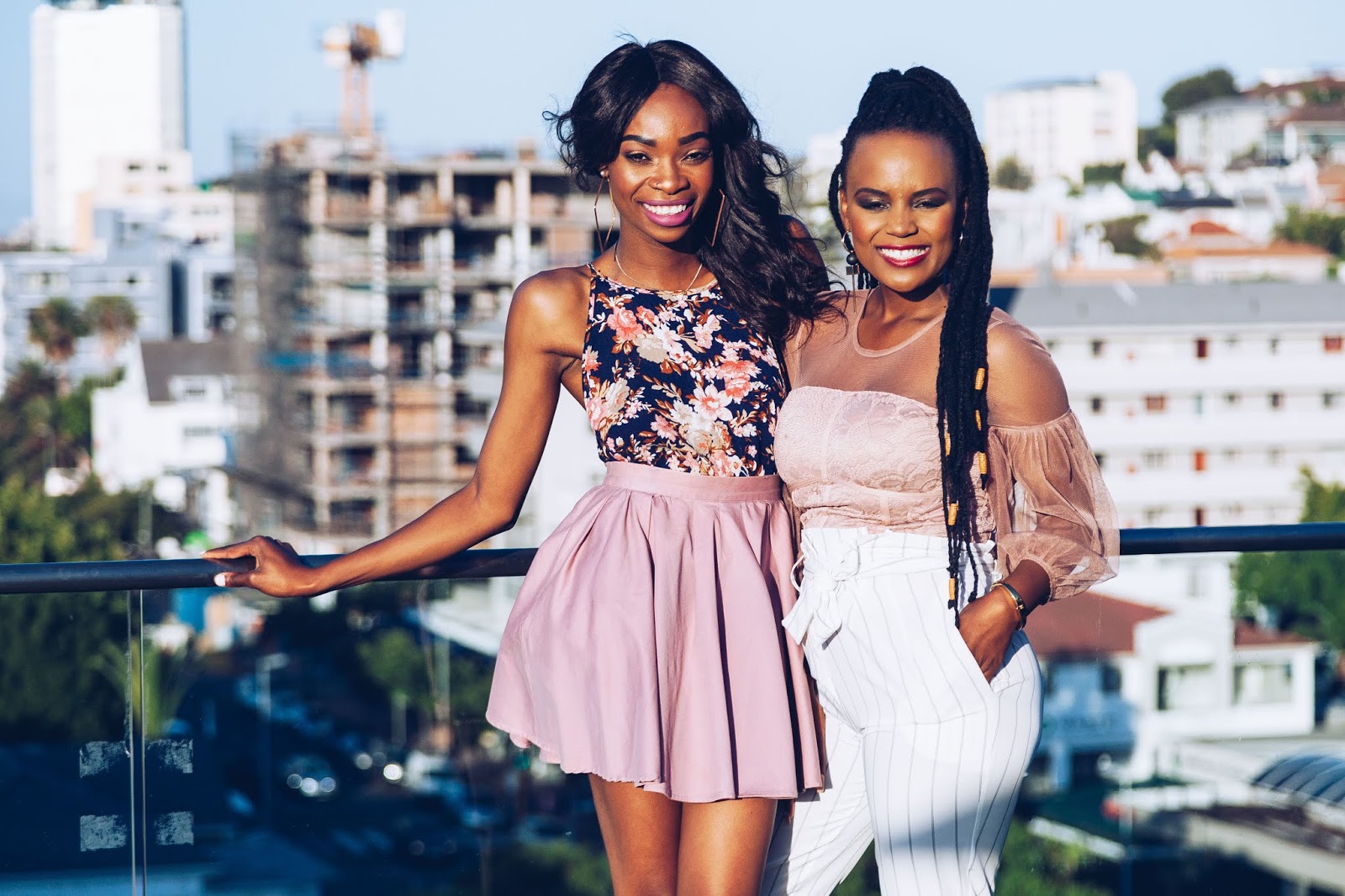 Team R&K with Rekopile Belebesi and Koketso Marole were announced the winners of the 5th season of Win a Home on SABC3, while the jobless viewer Yvette Blignaut in a lucky draw won an apartment and became an instant millionaire in the housing estate where the teams were competing to decorate three different places.

Yvette Blignaut from Edenvale won her own apartment at Balwin Properties' luxurious Paardevlei Lifestyle Estate worth R3 million in the live season finale that was broadcast on SABC3 and produced by Cardova Productions.

She was one of 6 finalists randomly drawn from across South Africa after entering the competition.

Over the past 12 weeks the Win a Home design duos, Rekopile Belebesi and Koketso Marole (Team R&K), Team Contrast Control with Kehumile Mate and Nicholas Smit, and Melissa Oosthuizen and Sinead Turner as Team Perma Peeps, transformed 3 white-box apartments at the complex in Somerset West into designer homes.

Team R&K won the judges choice prize of R100 000 and brought a clean, industrial look to their space while maintaining a warm African feel.

"This duo has grown the most as designers through this series," the judges said. "Their sense of style and glamour shines through in their work. While they were not always the most organised team, they brought a sophisticated culture to their spaces." 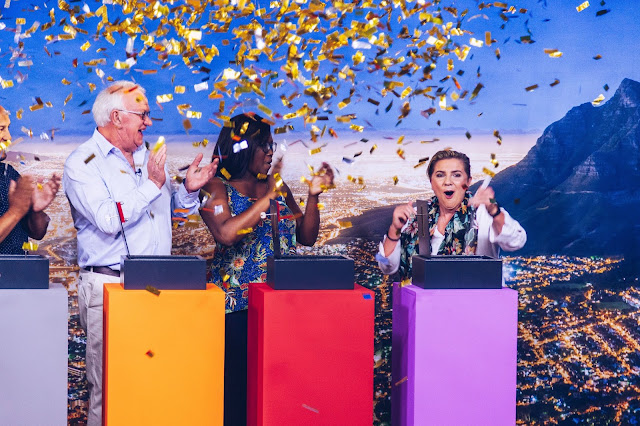 Koketso Marole says "design is a way of life and winning has proven to be just that, a truly humbling experience". Teammate Rekopile Belebesi says "for me design has always been about the balance between aesthetics and functionality. I think we were able to achieve that, and we are so grateful for the recognition."

Team Contrast Control won the viewers choice competition by getting the most viewer votes and won R20 000.

Last Thursday evening TVwithThinus went to attend the fun-filled live finale broadcast and afterparty of Win a Home in Cape Town to sit in as an audience member in the studio using a redress of the set used for Afternoon Express. 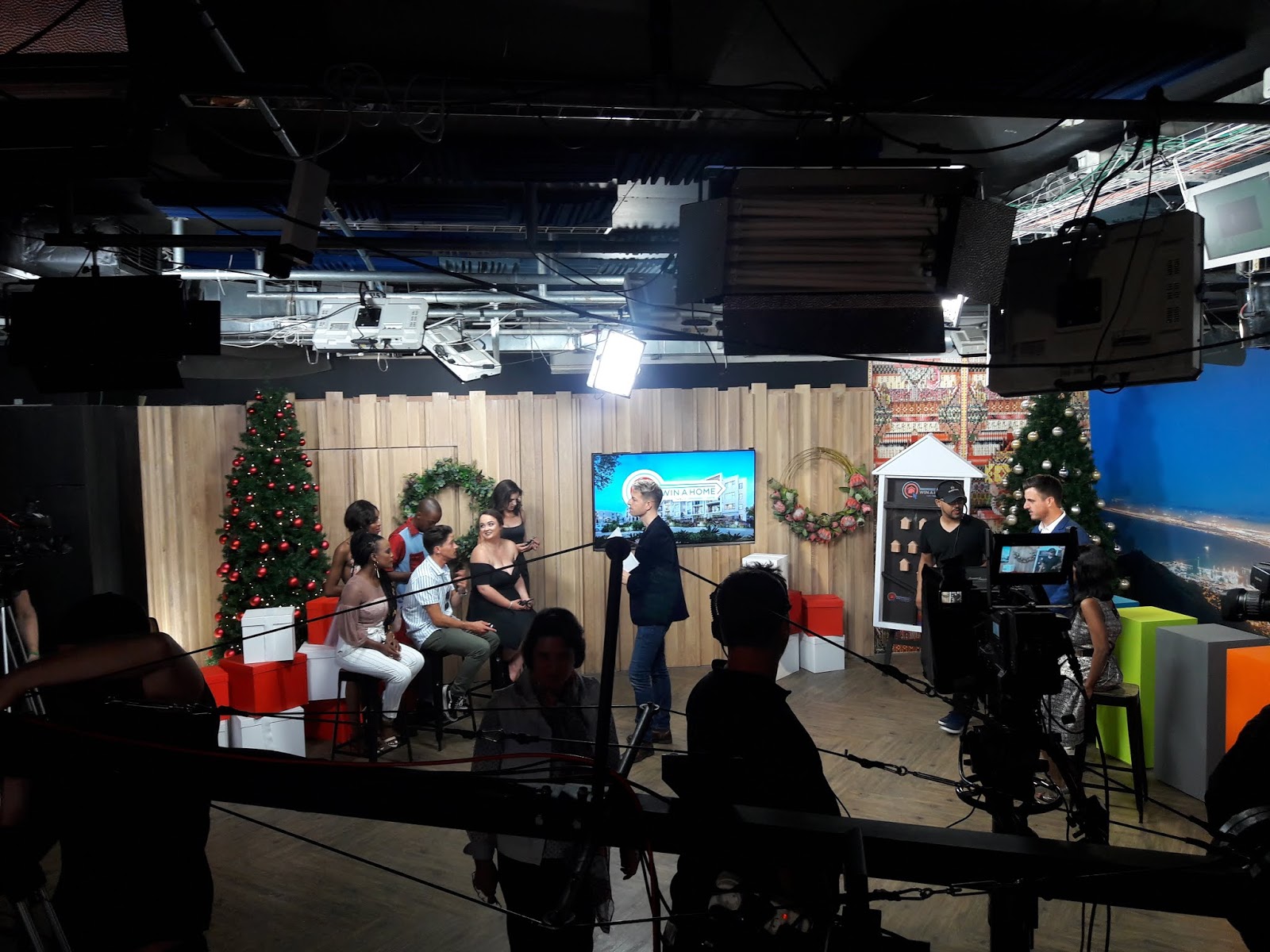 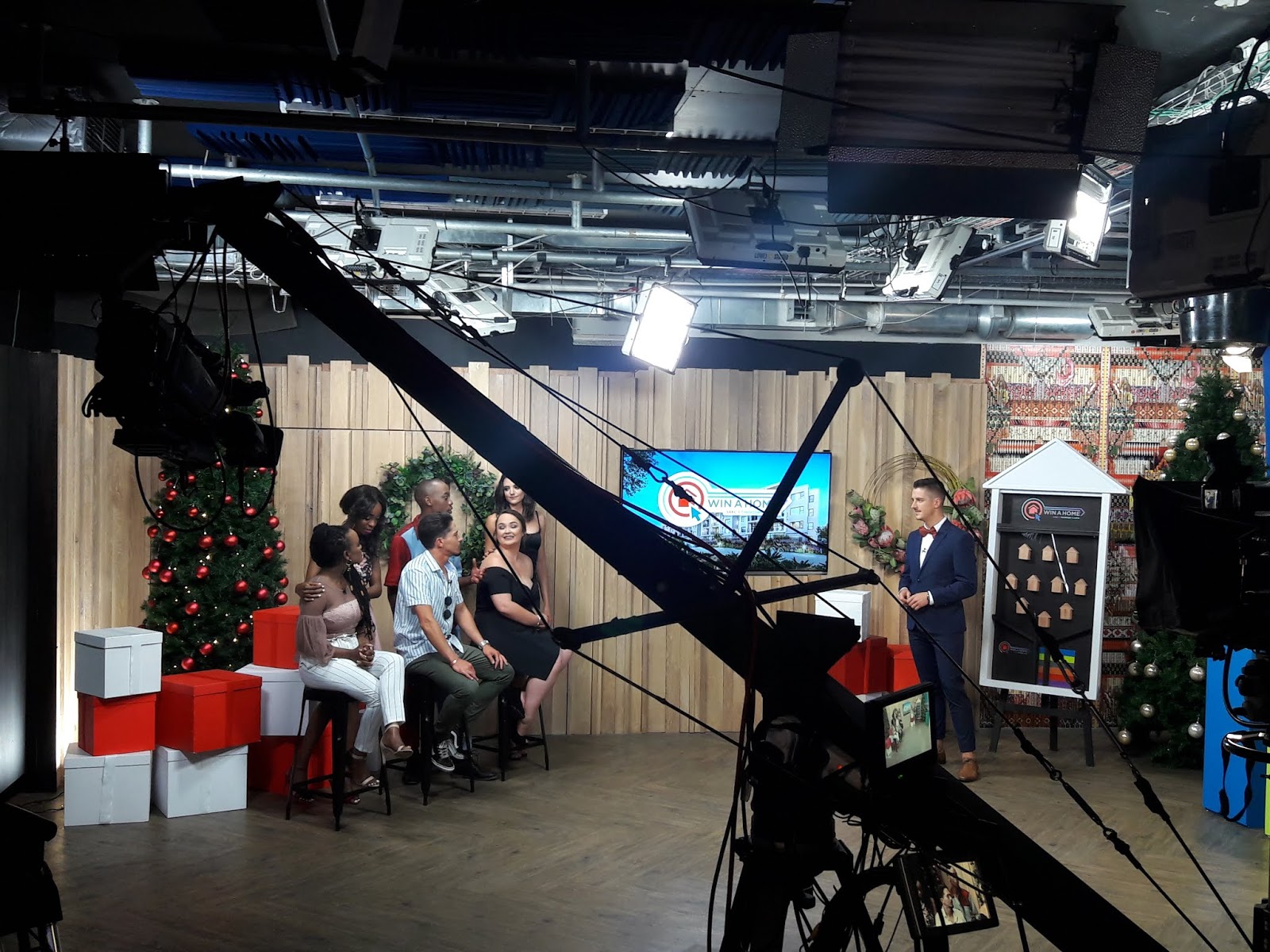 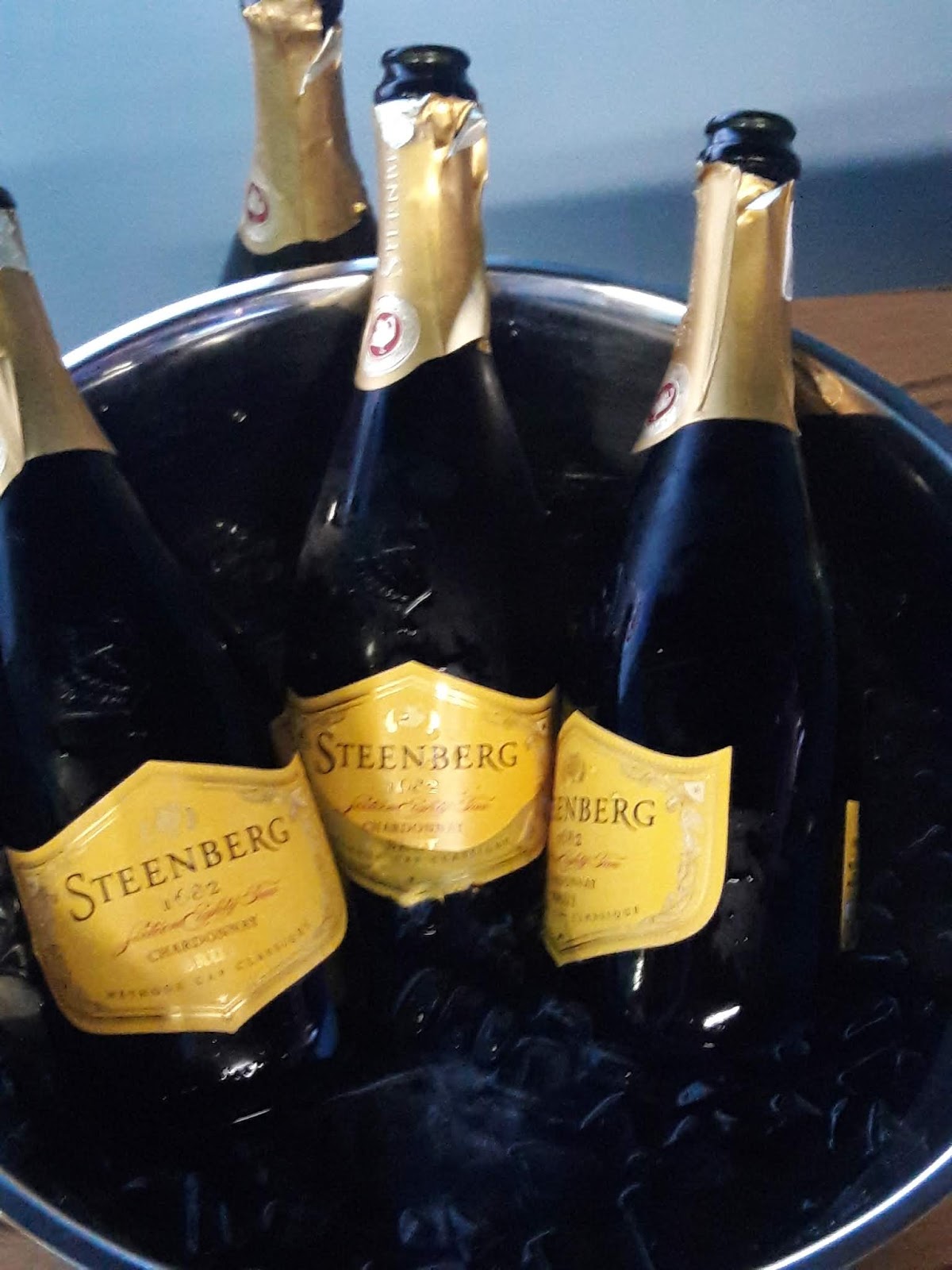 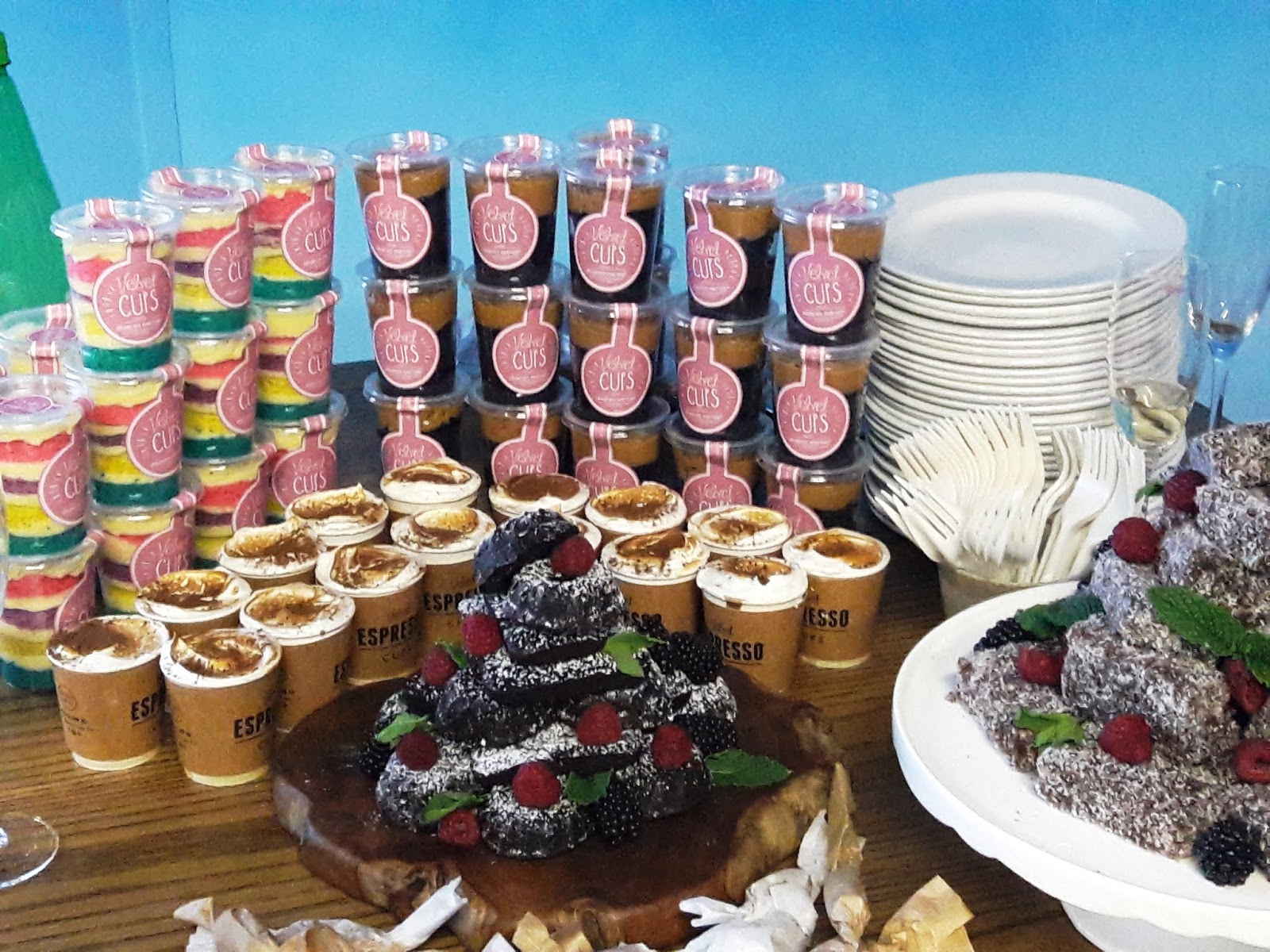