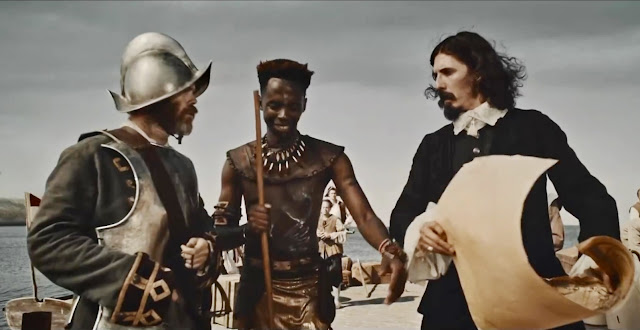 South Africa's Advertising Regulatory Board (ARB) has banned a Chicken Licken TV commercial found to be offensive advertising, ordering the company to remove its "Big John" TV advert immediately for trivialising colonialism that is "triggering and upsetting for many South African people".

Chicken Licken did a "Big John" TV advert for one of its meals that the Advertising Regulatory Board - that two months ago replaced the shuttered Advertising Standards Authority - has now found offensive.

After a complaint, in its ruling the Advertising Regulatory Board found that Chicken Licken's "Big John" TV commercial amounts to offensive advertising and banned the TV advert, ordering Chicken Licken to immediately withdraw it from South Africa's TV airwaves, saying it's unsuitable for South African viewers.

"The fact that the commercial is far-fetched and over-the-top does not nullify the potential offense," the ARB ruled.

"Atrocities suffered by Africans under colonialism are well documented and the legacy thereof continues to exist to date. This experience can never be rewritten differently and cannot be trivialised in any manner."

The ARB said colonialism in Africa was traumatic and "not not open for humorous exploitation".

Complainant Sandile Cele said Chicken Licken's TV commercial makes "a mockery of the struggles of the African people against the colonisation by the Europeans in general, and the persecutions suffered at the hands of the Dutch in particular."

Chicken Licken argued that the TV commercial shows how "South Africans can conquer the world".

Chicken Licken said that its Big John commercial "shows South Africans that Chicken Licken believes this country has all the potential to conquer the world and rewrite history from an African perspective".

"Its tongue-in-cheek sense of humour is a tone that consumers have come to expect, but its communication's underlying purpose is to create a sense of pride and patriotism amongst South Africans."