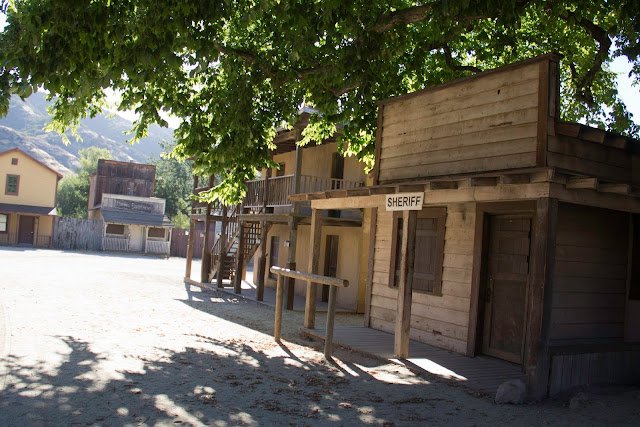 The out-of-control Woolsey Fire spreading through Southern California has destroyed the Paramount Ranch where Wild West scenes of the science fiction drama series Westworld, seen on M-Net (DStv 101), were filmed and has also caused damage to the mansion used for the dating reality series The Bachelor and The Bachelorette.

The Santa Monica Mountains National Recreation on its Twitter on Friday said that the iconic Paramount Ranch's Western Town area has burnt down.

Besides Westworld, Dr. Quinn Medicine Woman was also filmed here during its run in the 1990's.


We are sorry to share the news that the #WoolseyFire has burned Western Town at #ParamountRanch in Agoura. We do not have any details or photos, but it is our understanding that the structures have burned. This area is an active part of the incident and we cannot access it. pic.twitter.com/oC4n7KR8ZT
— Santa Monica Mtns (@SantaMonicaMtns) November 9, 2018


In a statement HBO says "Paramount Ranch was one of the locations used during seasons one and two of Westworld, in addition to the primary location at Melody Ranch in Santa Clarita".

"Westworld is not currently in production, and as the area has been evacuated, we do not yet know the extent of the damage to any structures remaining there. Most importantly, our thoughts go out to all those affected by these horrible fires."


Meanwhile the mansion used for The Bachelor and The Bachelorette, seen on 1Magic (DStv 103) also damaged damage, with the lower house reportedly destroyed and flames reaching the main house's back patio. The show taking place at the mansion in the Agoura Hills is not currently filming.

The lower house is used as the production headquarters.

Warner Bros. Television producing The Bachelor had no statement. Rob Mills, the head of the ABC network's reality programming division, on Twitter said "Yes, The Bachelor mansion is in grave danger as well".
on 9:13:00 AM