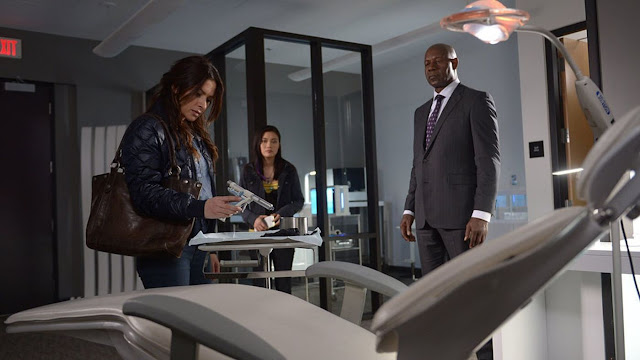 The American TV network NBC decided not to order another season of the low-rated series with Sarah Shahi and Dennis Haysbert that oddly got allocated to Showmax in South Africa although it's much more of a M-Net (DStv 101), M-Net City (DStv 115) or Universal TV (Dstv 117) drama series.

Reverie that had a 10-episode single season was produced by Universal Television and Amblin TV, and revolved around a former hostage negotiator and an expert on human behaviour who had to enter people's virtual reality (VR) illusion dream worlds.

By entering a highly advanced immersive virtual-reality program where people live out their wildest dreams after suffering trauma in the real world, she had to find ways of luring people back out and saving them through trying to persuade them by somehow solving their personal problems.

While M-Net shows Westworld, and also showed Extant created by Mickey Fisher, Reverie that he created as well and was the executive producer of - and that had a lot of similarities to Extant - suddenly went to Showmax.

It's just one of several unexplained and non-sensical moves in the ongoing and extremely bizarre reallocation of content that fits better on M-Net but are being funneled to MultiChoice's streaming service for some unexplained reason instead of to DStv subscribers.
on 10:57:00 PM