Many angry, shocked and scared SABC staffers are planning on wearing black today, as part of the start of visible protest action on Wednesday against massive planned retrenchments at the South African public broadcaster, with picketing planned to kick off on Friday that could lead to a new strike and stay-aways as up to a third of SABC workers face the axe.

While wasteful and irregular spending of millions at the technically insolvent SABC continues, the SABC's small top executive brass and SABC board raking in millions per year in salaries plan to cull up to 981 of the 3 376 full-time workers - a third of the SABC workforce - with half or 1 200 of the 2 400 freelancers employed by the SABC who will get fired and be gone by February 2019.

It's part of the latest turn-around strategy of the SABC's top management, led by CEO Madoda Mxakwe, to ruthlessly cut costs at the beleaguered and bloated public broadcaster once again hovering on the brink of financial collapse after years of mismanagement and looting, corruption and wasteful spending - including a litany of irregular appointments, irregular salary increases for some execs and staffers, and massive bonus pay-outs.

The Broadcasting, Electronic, Media & Allied Workers Union (Bemawu) and the Communication Workers' Union (CWU), the two biggest trade unions inside the SABC, plan to kick off protest action on Wednesday with SABC staffers who have been asked to wear black clothes today.

SABC workers wearing black will this time be symbolic of staffers "mourning" the direction the South African public broadcaster is taking and the looming mass retrenchments.

The last time SABC staffers including SABC News on-air talent wore black in silent protest was on Friday 22 July 2016, then in open revolt against the now-fired former chief operating officer (COO) Hlaudi Motsoeneng, his draconian news censorship plan and newsroom intimidation, as well as the firing of the so-called "SABC 8" journalists that the Labour Court later ordered to be rehired.

On Friday during lunch time SABC staffers will publicly protest and picket outside the SABC's Auckland Park headquarters in Johannesburg as well as at the SABC's regional offices countrywide, and plan to hand over a memorandum to SABC management, as well as to Nomvula Mokonyane, South Africa's current minister of communications.

The public picketing is expected to continue next week, daily until there's a change in plans, and could be followed by a new strike aimed at further destabilising the SABC as a defense against the retrenchment plan.

SABC strike action by the unions last hit the public broadcaster exactly a year ago in November 2017 when workers as part of a massive stay-away demanded salary increases and with more on-air mistakes than usual that quickly evident on the SABC's TV channels and radio stations and its SABC News (DStv 404) channel.


Here is how the SABC day-in-black has appeared to viewers so far on SABC News (DStv 404) on Wednesday morning:
(this will continuously be updated as Wednesday unfolds) 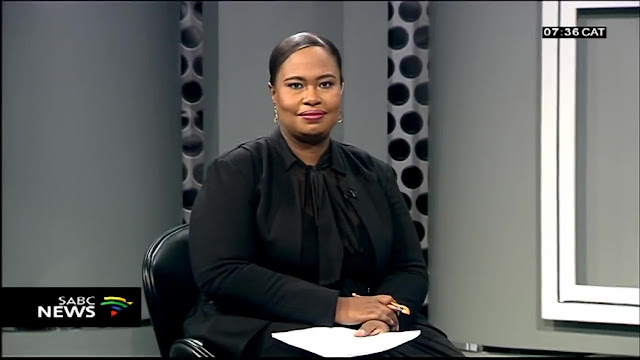 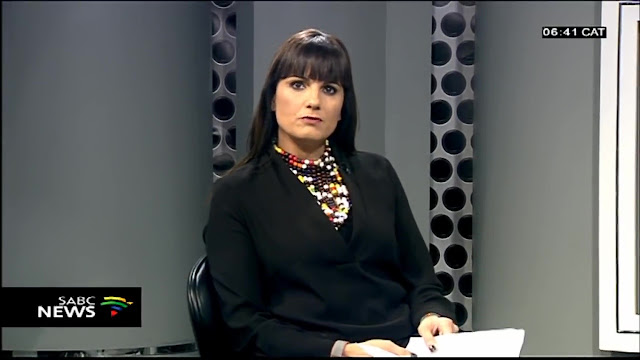 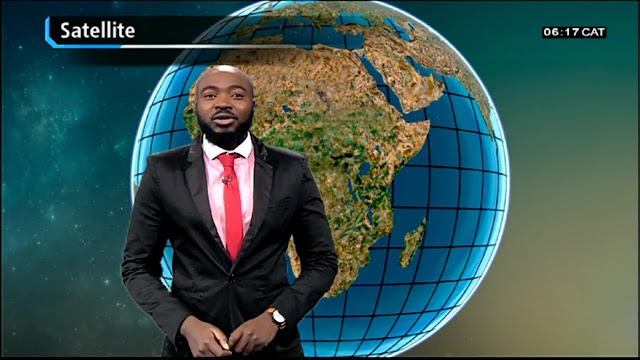 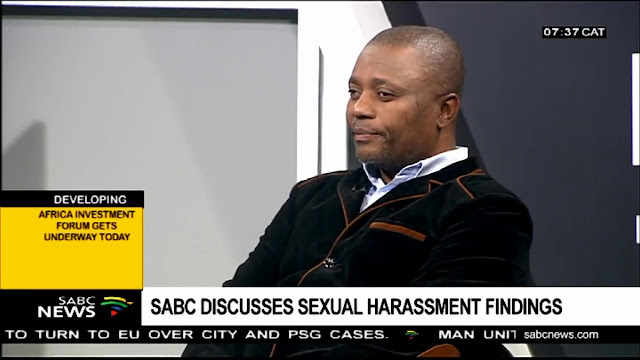 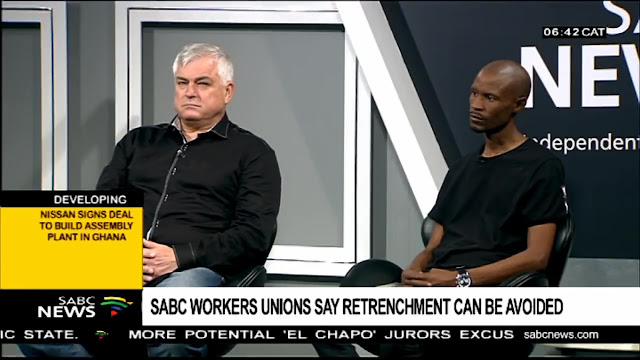 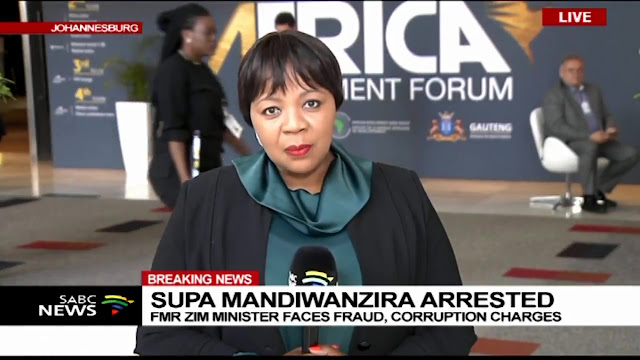 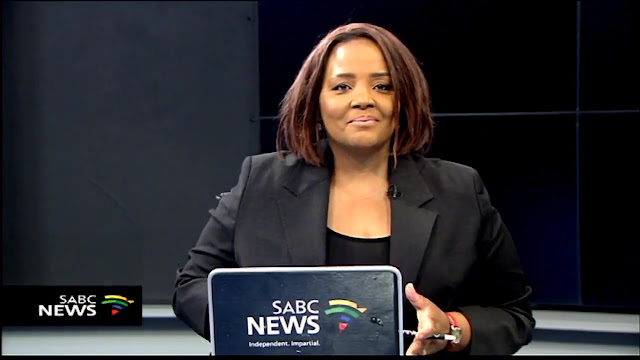 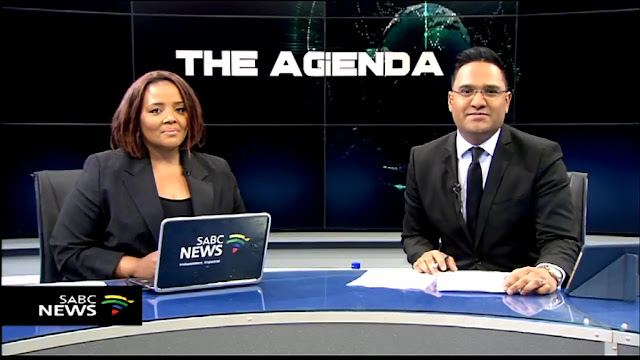 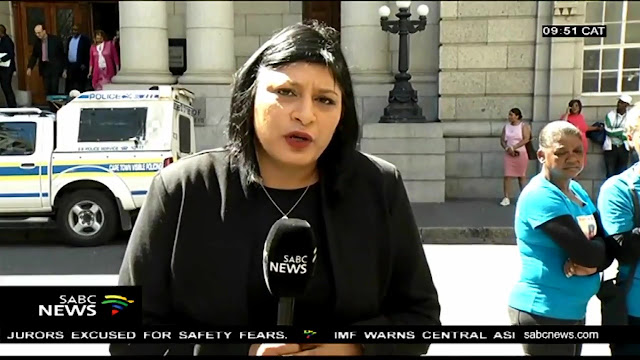 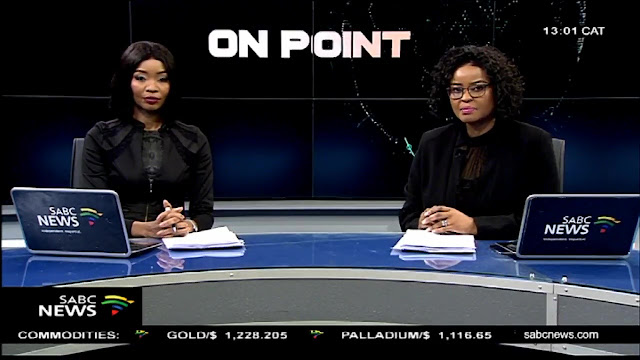 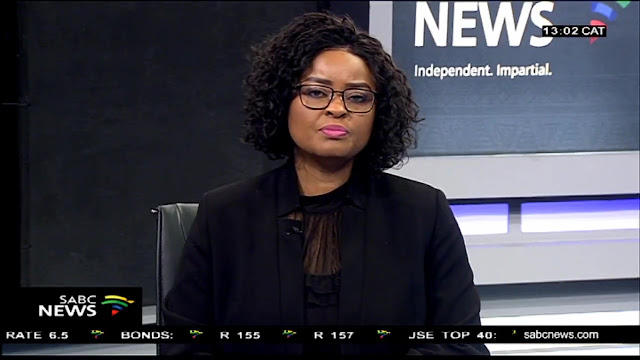 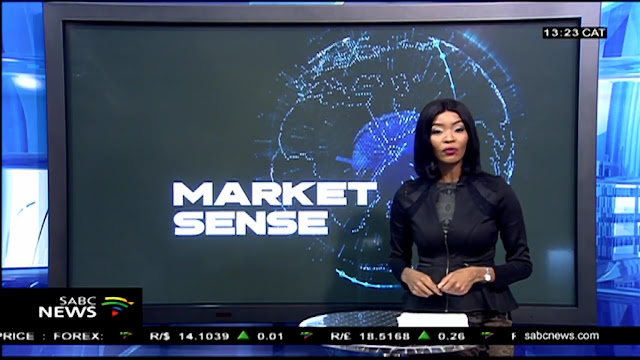 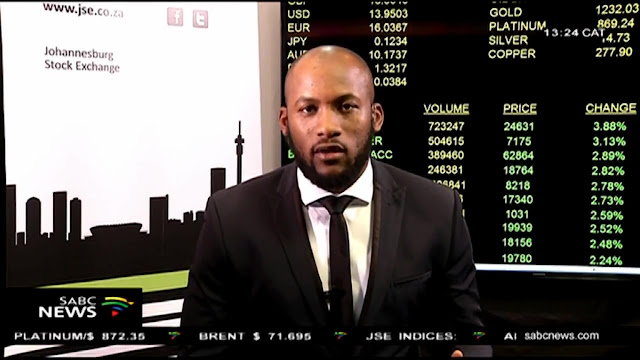 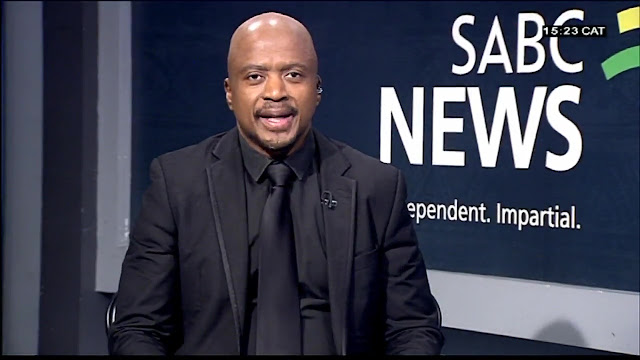 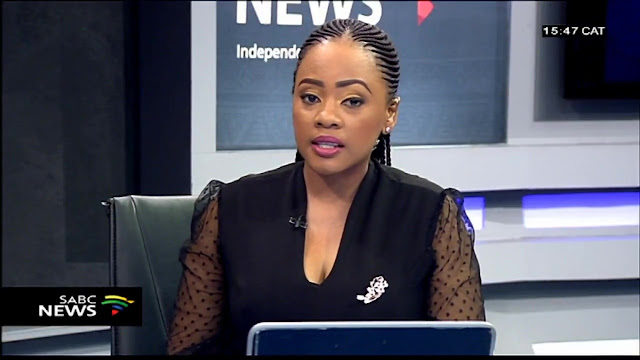 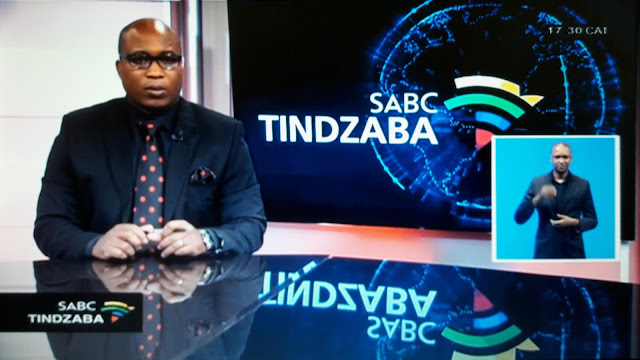 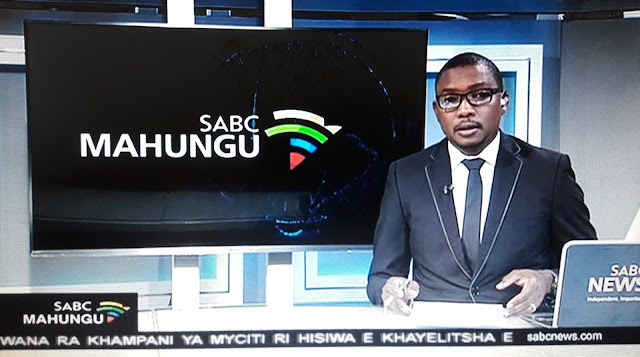 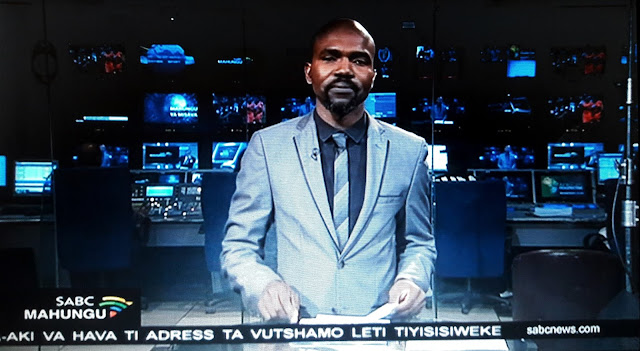 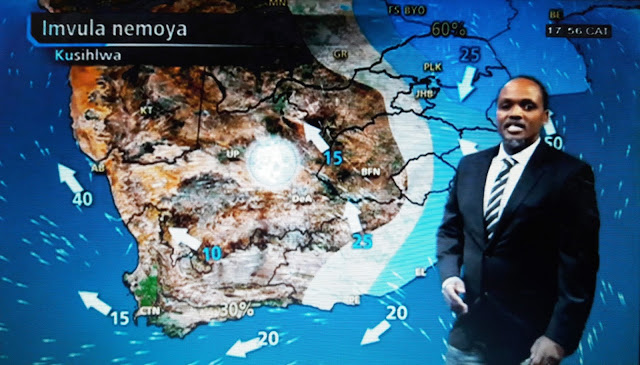 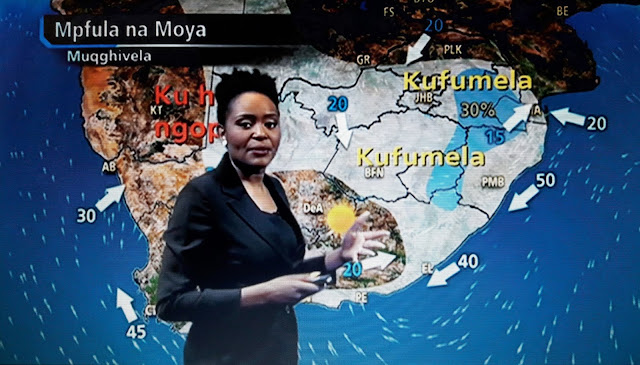 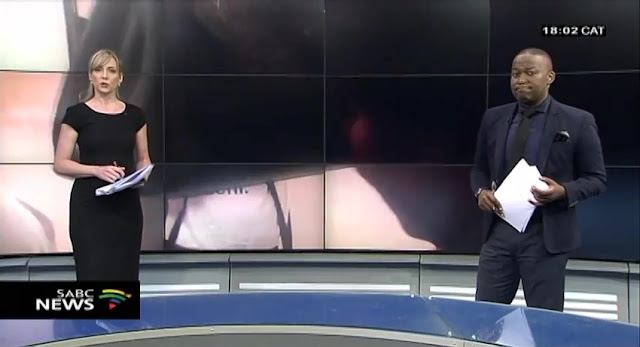 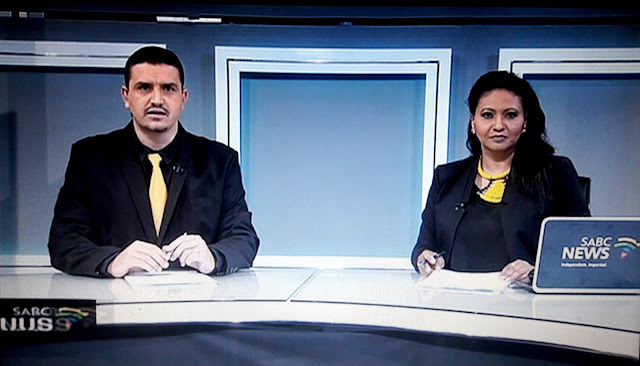 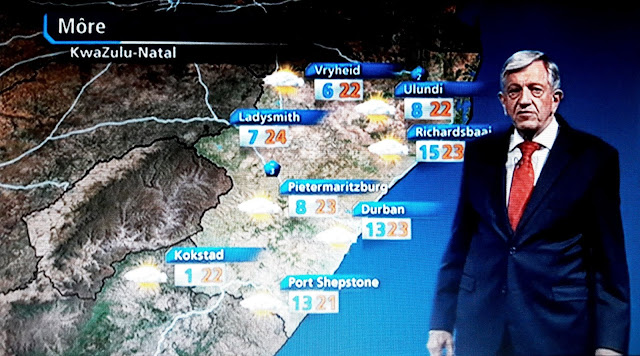 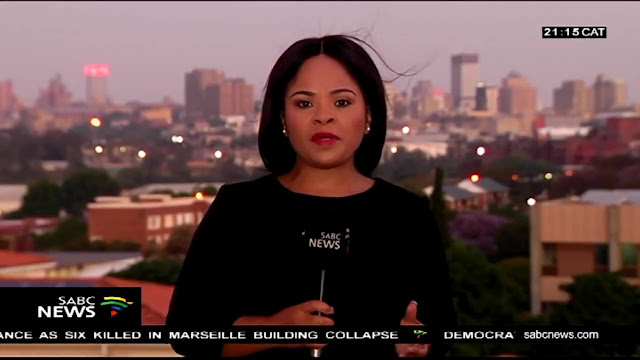 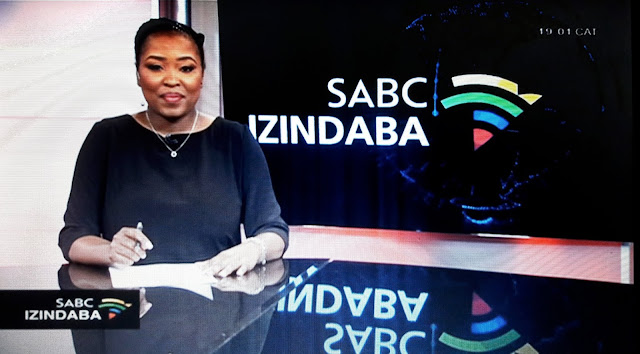 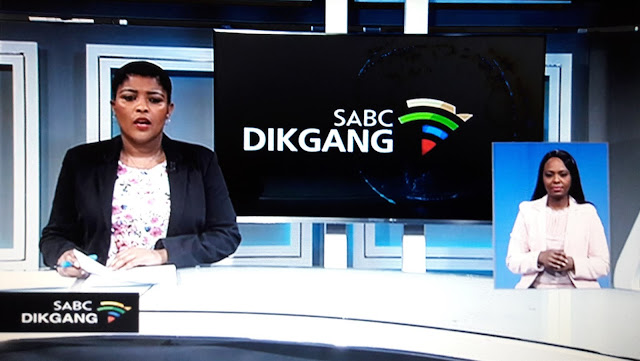 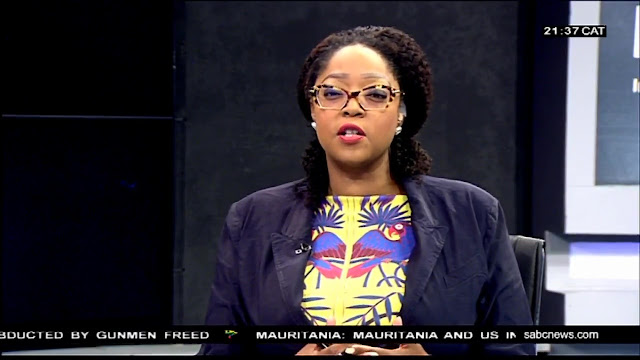 Of course there are always exceptions.

Someone forgot to tell Dicksy doing the Xhosa weather on SABC1 on Wednesday evening that red ain't the colour code for the day at the SABC. 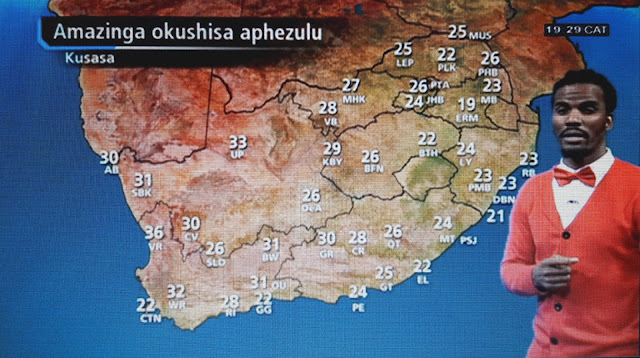 Similarly, Sherwin Bryce-Pease, the SABC's correspondent in New York at the United Nations who reported on Wednesday about the American midterm elections, didn't seem to have gotten the memo either. 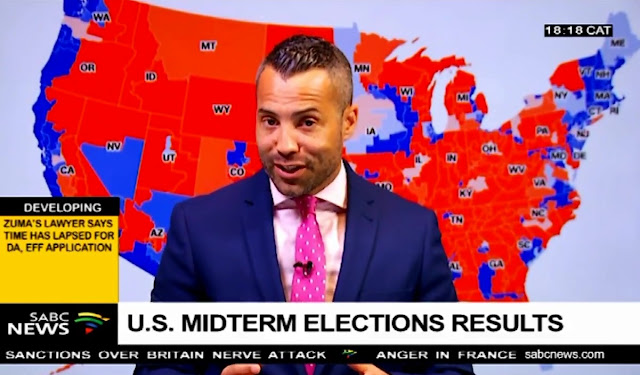