Idols winner Yanga Sobetwa on her life’s vision, big dreams including a PhD and starting a music academy – and 'freezing' her R1 million prize money. 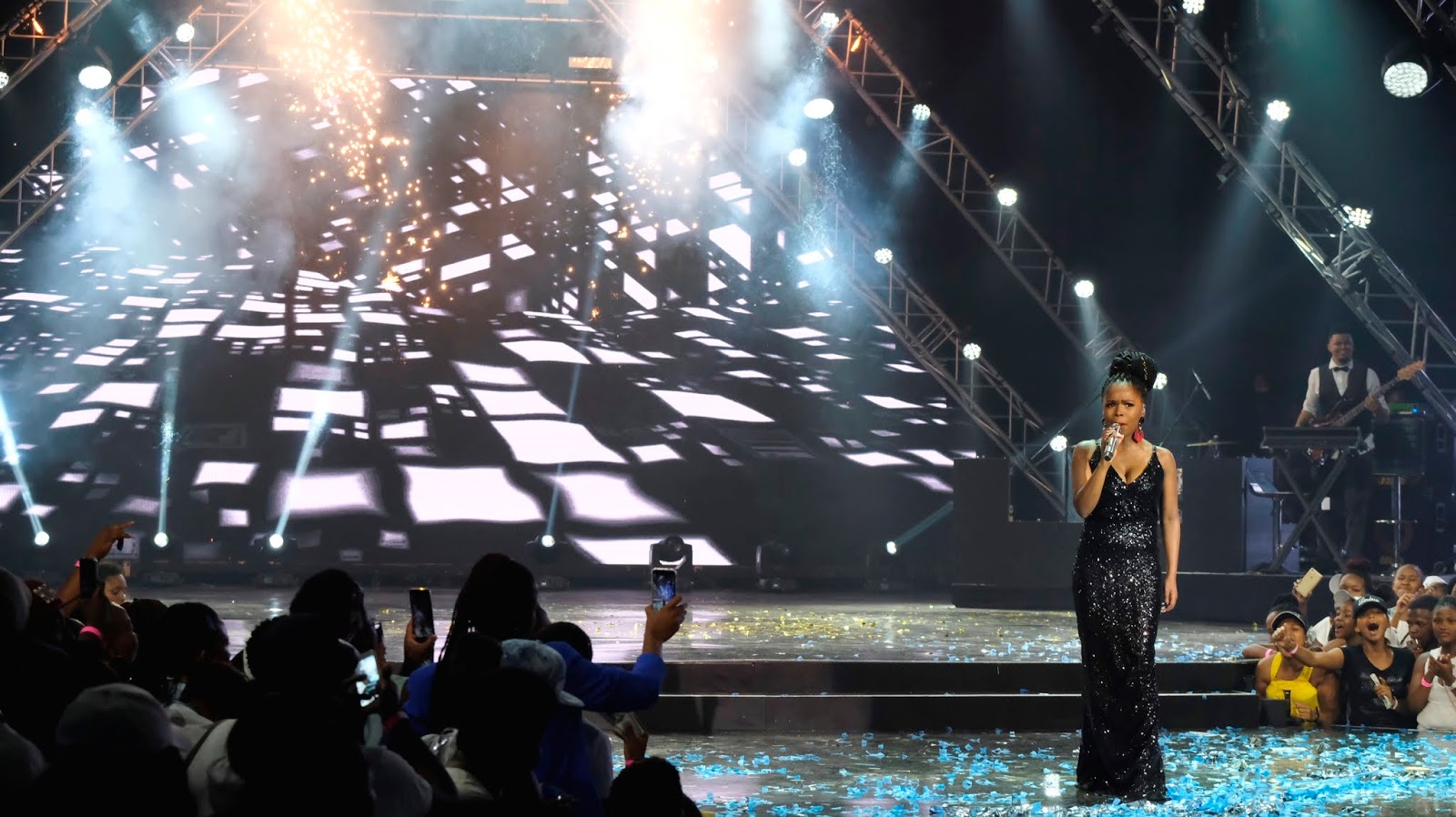 The season 14 winner of Idols, Yanga Sobetwa (17) has big plans for her life that includes going into entertainment law, getting her PhD in music, opening her own production company, and starting a music academy - but first she's going to "freeze" her R1 million winnings, work on releasing her debut album with Gallo and go on tour.

In the record-breaking 14th season of the show produced by [sic] Entertainment that once again saw huge ratings on M-Net's Mzansi Magic channel on MultiChoice's DStv satellite pay-TV service on Sunday nights and again shattered the voting-record with more than 142 million overall votes cast, Yanga Sobetwa as the youngest contestant this season, faced off against Thato Makape as the oldest.

The young woman from Delft, living close to the 13th season's winner Paxton Fielies - who have found huge success the past year, continue to sing to sellout crowds and even performed for the queen of Sweden in April - went on to clinch the title on Sunday night in front of a a packed audience at Carnival City in the live broadcast.

TVwithThinus asked her why she got along so well with Thato Makape.

"Thato and I weren't so close at the beginning of the competition but as Idols continued as we both worked together with the duets and everything, I got to know him more and we both shared about our lives, and it's been nice he's a great guys and he deserves to be wherever he is now."

Asked about her plans and what's coming next she said "I'm planning to continue with my studies. I am a book girl. I have so many skills and dreams that I want to fulfill, like entertainment law. So I'm planning on continuing my studies. I'm planning on freezing the money for up to a year and to just live off of the gig money and possible sponsorships."

"My 10 year plan that I've planned way before Idols is that I'd like to have a PhD degree in music, and I'd like to open my own production company and a music academy as well - that's what I definitely still want to do," said Yanga Sobetwa.

"I've always had a vision for myself. My vision is to bring teenagers closer to God through music, so it's been the vision before Idols and it doesn't have to change now. So gospel all the way and gospel pop". 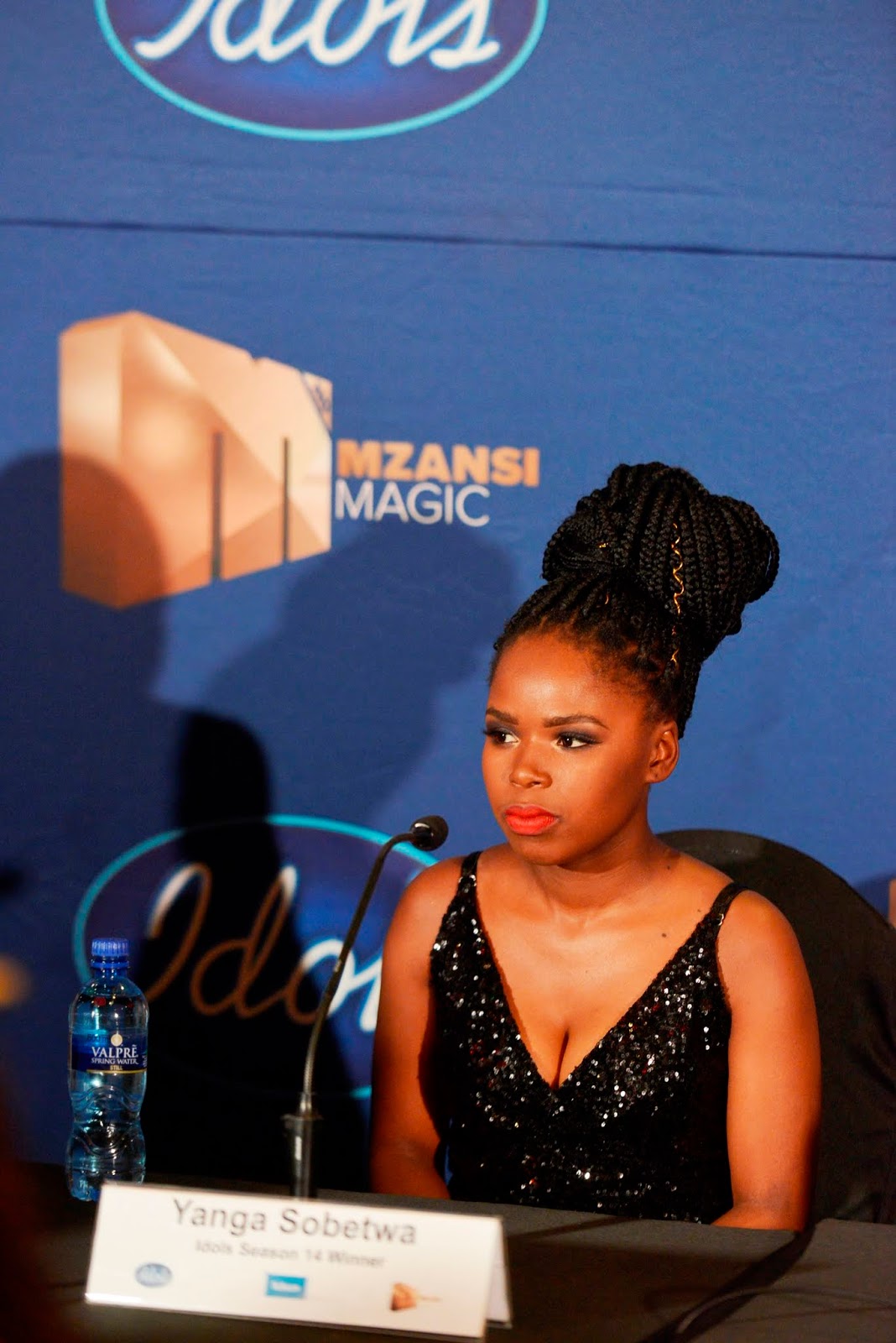 TVwithThinus asked Yanga Sobetwa what her family has meant to her during the competition and how it felt bringing them with her into this new TV and entertainment industry that she has now become part of.

"I went to the audition and I was alone with my big sister and my dad," she explains.

"They're were very supportive from the get-go. And then as the competition went on, I ended up in the Top 16, then my mom came into play as well and she was like 'This is actually working!'. And every Sunday when I saw them in the crowd I felt like my heart was melting because not many 17-year old get to make their parents proud."

"The other day I saw my parents in a photo in the newspaper and my dad was smiling. And I felt my heart just melting and I cried. I feel really humbled to have been in Idols as a competition because my parents are really proud."


ALSO READ: Idols runner-up Thato Makape: 'All of us in Postmasburg are winners because we came second in the greatest music competition show.'
ALSO READ: Yanga Sobetwa (17) from Delft the season 14 Idols winner as the show pulls a record-setting 142 million votes.
ALSO READ: 142 million votes: Why the record-breaking Idols keeps growing as the [sic] Entertainment produced singing reality competition show on Mzansi Magic prepares for its 15th season.
on 8:47:00 AM