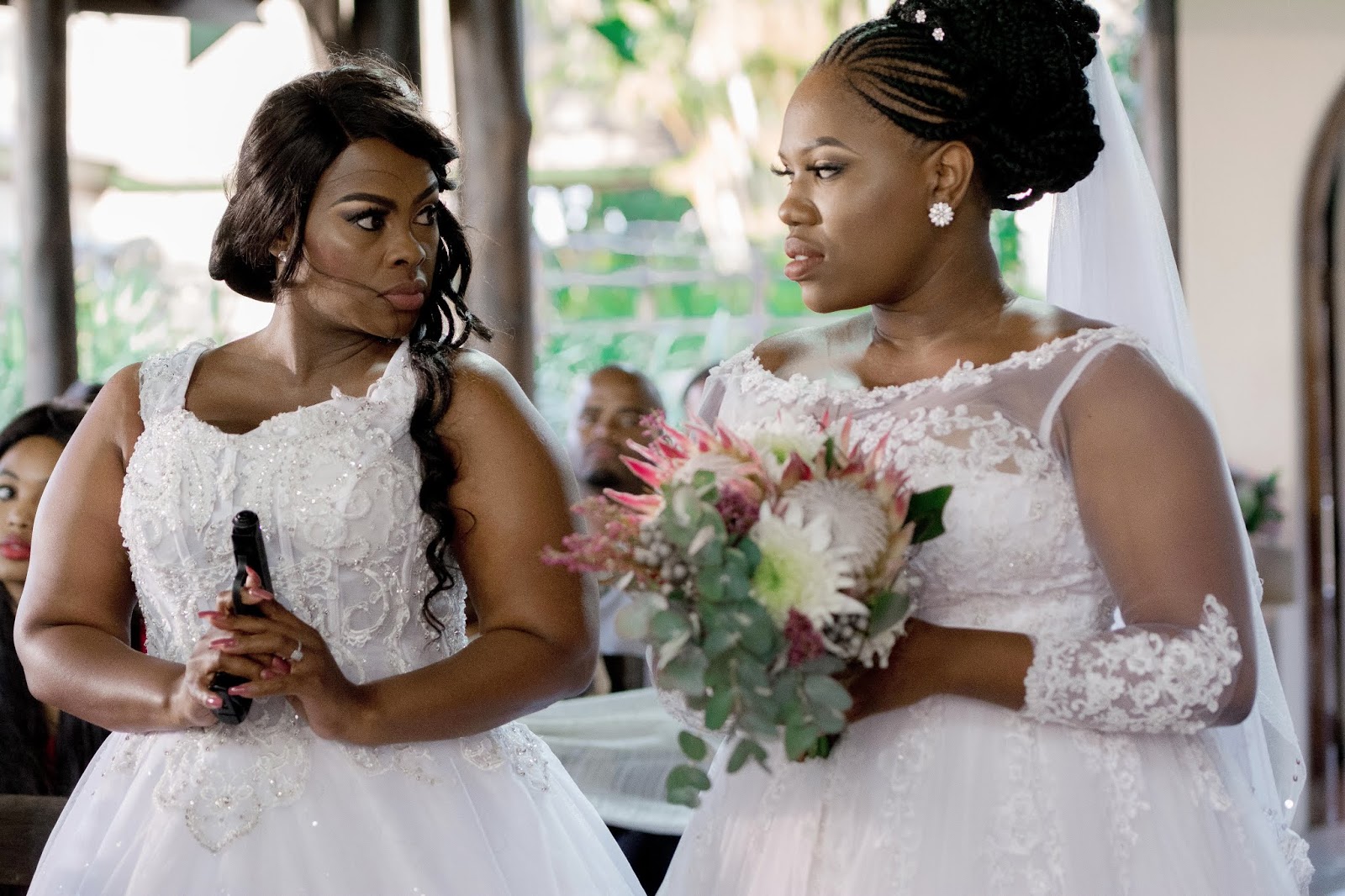 Uzalo set in KwaMashu in KwaZulu/Natal and produced by Stained Glass Pictures, has been South Africa's most watched TV show and the number one show on SABC1.

Uzalo however improved on its own record on 25 September by reaching a combined 10 251 231 viewers (29.3 AR / 74 share) for the wedding drama when the scorned, gun-wielding MaNgcobo (Dawn Thandeka King) showed up in a wedding dress at the wedding of her common-law husband Nkunzi (Masoja Msiza) and love rival MaMlambo (Gugu Gumede).

The previous South African viewing record was on 11 June 2010 for the opening match between South Africa and Mexico of the FIFA World Cup in South Africa that reached 10 146 793 viewers but that comes with an asterisk - the figure is of the combined audience who watched it on SABC1 and SuperSport 3 on MultiChoice's DStv.

While Uzalo is luring viewers to SABC1 as the SABC's biggest show, it is ironically one of the shows the SABC struggles to pay, with Stained Glass Pictures that shut down production on Uzalo for a week early last month, and with the production company that was also asked to take over the responsibility of looking after the imploded Uselwa, that also filmed on location in Eshowe in KZN and ran out of money.

Meanwhile e.tv's weekday soap Scandal! managed to reach 6 million viewers for the first time in August this year, reaching 6 021 421 viewers for its episode on 15 August, but falling back to around 5.5 million during September.

Mmamitse Thibedi, Uzalo executive producer says "words cannot explain how thrilled and grateful we are to hit this milestone".

"The entire team pulled out the stops to give memorable, enthralling story lines, and audiences responded by keeping their screens locked onto Uzalo. The writers, cast and entire production team delivered over and beyond, and we are all committed to continuing on this upward trend."

"These record viewership figures are testament to the fact that the drama is connecting with audiences in a meaningful way, and making a real impact. We're excited that the show has reached this milestone and than the audience for affirming the work so kindly."

Although struggling to pay producers, the embattled SABC in a statement says it is "delighted with the performance of one of its flagship television programmes, Uzalo".

Nomsa Philiso, the SABC's group executive for television, in a statement says "the partnership with Stained Glass Productions is one that keeps exceeding all expectations. We are confident that the programme is in line with our strategy of growing audiences, and meeting the needs and expectations of the South African public".

Nomvula Mokonyane, South Africa's current minister of communications, in a statement says she congratulates "the producers, actors and actresses and crew of Uzalo, on the soapie becoming the first television show in South Africa to clock the 10 million viewers mark in South African television history".

"Congratulations to Uzalo for setting the bar high by clocking a never-been-done-before 10 million viewers mark in South African television history. A baby in the industry at just three years of existence, the soapie achieved what its peers with decades on television are yet to achieve. They came, they saw, and they conquered. The bar is set," says Nomvula Mokonyane.

"This is the first time a project spearheaded by a young, black and female producer has hit such a milestone in South African television history. This is proof that where there is hard work and dedication, there is success. This should be an example to other aspiring producers."

"We celebrate black excellence and are hopeful that with our migration from analogue to digital terrestrial television, more young, black producers will come forth to exploit the opportunities that will be presented by the new multi-channel environment."
on 4:50:00 PM