MAKE SURVIVOR SA GREAT AGAIN. From a mankini, a sleeping bag on Lion's Head and a dog ornament from grandma's house, the hilarious - and heartfelt - entry videos for the 7th season on M-Net will make your jaw drop. 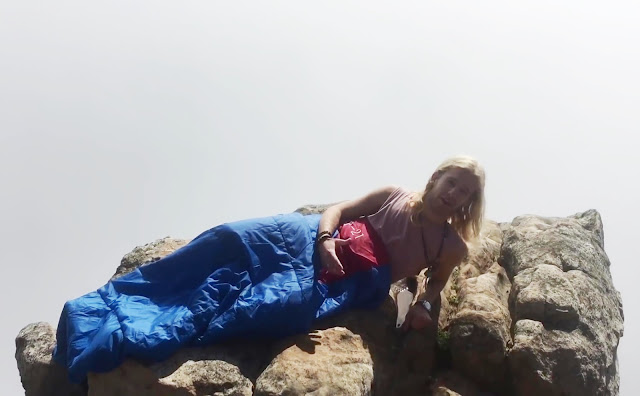 As entries are flooding in to "help make Survivor SA great again", ordinary South Africans are surprising with their eye-popping homemade videos that range from funny to heartfelt, and interesting to zany as people show and explain why they want to be contestants in the upcoming 7th season of M-Net's Survivor SA: Island of Secrets.

There's the man in the neon green mankini, the one who recreated tribal council with grandma's glass dog ornament, the one in a sleeping bag on Lion's Head and the woman who reveals her struggle with infertility.

The new season of the Afrokaans produced series that will be shown on M-Net (DStv 101) in 2019 is for the first time only accepting video auditions, with the producers who figured that cellphone camera use in South Africa has become so ubiquitous that it wouldn't limit the type and quality of entries they get. They were right.

Even more surprising - and not that it's necessary for people who enter to do that - is the level of video editing skills displayed by people, who have to tell the producers about themselves in their video, what they do, why they want to be on Survivor South Africa, and why they would make a great contestant.

In just two weeks South Africans using their cellphones have recorded and uploaded humorous and fascinating videos trying to get the producers attention, with entries for Survivor SA: Island of Secrets that close on 30 September at www.mnet.tv/survivorsa.

Jason Brookstein who hilariously wants to "make Survivor SA great again", wants to build a wall that separates the tribes and says he has "lost count how many fish I've caught with my bare hands". As an engineering draughtsman, he says he will build better shelters than previous contestants did on the show. Tarzan is his spirit animal.

Noma Ngubane (36) from Pretoria who says she's a staunch fan of Survivor SA, says former winner Hykie Berg was the best and that she's "ready - physically, mentally - I am so ready. I've been ready".

Guy Dalamakis (20) from Stellenbosch who lives off of grass and plants and who "can sleep just about anywhere" says he will be able to survive on a barren island with little water since he's from the Western Cape.

Nolene Wessels (22) says one of her skills is finding clear water and that she's excellent at building a shelter.

Peet Liebenberg (29), a civil engineer from Cape Town who says being on Survivor has been a childhood dream of his and still is and that he loves the sound of "Island of Secrets", got testimonials from his friends who says "he can braai and he's proudly South Africa", and that he can "definitely cook rice".

Kagiso Katametsi says he would "represent the technical guys, the blue-collar guys" and that "after many years of watching the game I feel like the time has now come for me to enter the game".

Wedding photographer Aline Strydom (29) said she wants to be on Survivor because she is a survivor and revealed her struggle with infertility for five and a half years in her video entry. She says she knows how to "find common ground with all types of people and relate" and that "I want to show that I'm much more than infertile. So choose me, pick me. Let me be a castaway on that Island of Secrets."

The politics student Phumezo Jijana from Port Elizabeth says Survivor "is the best reality game created on Earth. It's gold." He says "it would be a huge check off my bucket list. This is the game to be in".

Frances Bezuidenhout (27) told the producers she's living "in a land far, far away from any paradise. Pretoria". In her video she searches for immunity idols and explain why she should be picked. In the end she lifts her dog out of the plants.

Steven van der Merwe (27) from Benoni who rode a bicycle from Durban to Benoni says he has been working in sales for the past 8 years and can influence people.

Dino Paulo who does skydiving asked friends and family to weigh in on if he should enter, as well as the cat, Bella.

Jason Moses (26) says he's a master builder because he builds Lego with his son. He says he wants to be a contestant to show that "you're more than just an everyday worker".

Marius Heyns (32) from Krugersdorp sat on the stoep, complete with torches, and apologises for not having a Nico Panagio or a fancy dragon at tribal council "but what I do have is "a common little glass dog that I borrowed from ouma's house". If he gets a place on the show, he says he will miss his "sanity sticks" (cigarettes).

Lenny Gorgulho (38) says "I love the game of Survivor. It reflects life greatly, you've got to make the right decisions, the best alliances".

Wayne Vorster (36), a personal trainer who've entered every Survivor SA since the beginning and who says he compares himself to Zavion Kotze, says "I've made a promise to my dad before he passed away that I'll be in Survivor one day and that I'll actually win it. And this is still a promise that I want to keep".
on 9:35:00 AM