Science fiction and the City: The year's hardest TV show, The City and the City, is coming to ITV Choice in which a detective tries to solve a murder in strange, parallel worlds. 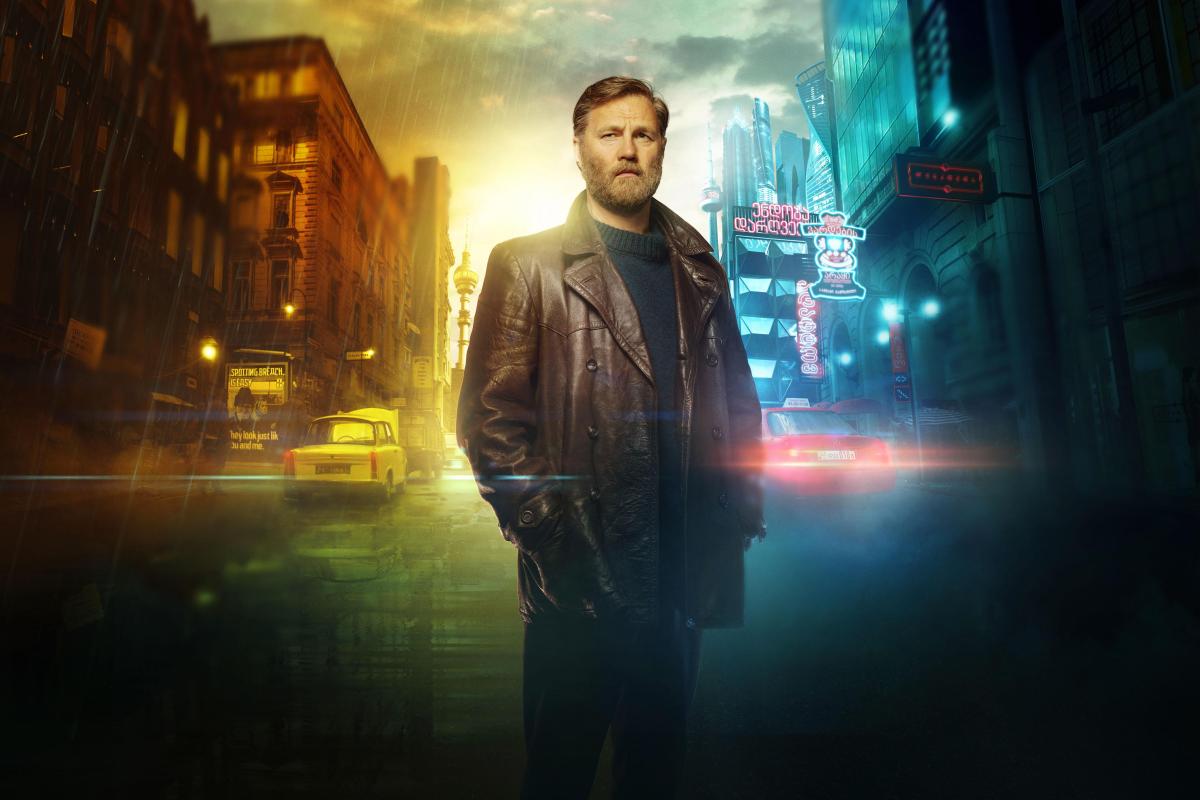 It's English Lit. third year time for DStv Premium and DStv Compact Plus subscribers, with the year's hardest and most difficult TV show starting on ITV Choice (DStv 123) on Tuesday 17 July at 20:00: the 4-part science fiction series, The City and the City adapted from the British fantasy writer China Miéville's book.

China Miéville wrote The City and the City for his terminally-ill mother, and the BBC turned it into a miniseries earlier this year, produced by Mammoth Screen and filmed in Liverpool and Manchester, and distributed by ITV Studios.

I watched The City and the City earlier this year and the drama is definitely not the mindlessly entertaining reality singing competition TV show fare you can watch without thinking. The drama series requires real concentration and dedication from you as the viewer.

The 4-episode series asks the viewer to engage, think, observe and to constantly put all of the available puzzle pieces together just like when reading Brideshead Revisited for a third year English literature course where all of the colours, motifs, character motivations and metaphors mean something to the bigger overall story.

The City and the City where the characters speak English, is a cross between science fiction and a police procedural and is set in a grim-looking, fictional, Eastern Europe city called Besźel.

Don't get freaked out at first if, like in Star Wars with its written language Aurebesh, you can't understand or fully read the written text appearing on posters or objects in the show - it's like that on purpose.

The residents of Besźel inhabit a fantasy-type city, where everything looks rundown and is filled with industrial-type 70's technology (cars, homes, hotels) although the story is set in the present time. Somehow like the former East Germany, they've remained stuck behind the times.

Now the kicker: The City and the City gets its name from Besźel actually sharing the same physical space and time with another parallel world: the city of Ul Qoma.

Ul Qoma is  a clean and glassed skyscraper urban environment with this shiny, technology-advanced city that also has its own uniquely different, written language style.

The residents of both cities, occupying the same space and time but existing in different "dimensions" are aware of each other but are trained from birth to "block" each other out. And Besźel isn't the "bad" place and Ul Qoma the "good and nice" place - both are part of the same dystopian setting with militaristic control that has a tight grip over citizens in both places.

Citizens also can't cross or "breach" from one city to another - except in rare circumstances - although some try to do so illegally and are them hunted, captured and taken away by The Breach forever - a mysterious Big Brother type police organisation keeping a watchful eye over everything and everybody.

In The City and the City's mise-en-scène you will always see Besźel depicted in brownish, orange-yellow and amber hues, while Ul Qoma is always depicted in blue and bright red colours.

Now the story: The City and the City starts when Inspector Tyador Borlú (David Morrissey) in Besźel working for the Extreme Crime squad, is called to the scene of a murder of a young woman and starts investigating the case, together with the cussing-like-a-sailor Constable Lizbyet Corwi (Mandeep Dhillon).

Not to give too much away, but Inspector Borlú discovers that the dead girl is from Ul Qoma but visited Besźel illegally - and the reason is because she believed and was searching for ... a fabled third city - Orciny - apparently sharing the same time and space with the other two that the residents of Besźel and Ul Qoma are unaware of.

Borlú starts his murder investigation, will eventually cross over to visit Ul Qoma, will discovery conspiracies and secrets as he tries to track down the real killer or killers - and to his shock come to the realisation that he has a personal connection to the case he's investigating.

When watching The City and the City on ITV Choice you might feel initially as if you want to quit because you're instantly being immersed (and submerged) in a strange, different world where you don't understand what's going on. That is done on purpose, and if you feel overwhelmed at first, push through and keep watching, things will become clearer.

Also, there's nothing wrong with your eyesight. Throughout the 4 episodes things are sometimes blurry - that is also deliberate. When characters in one of the cities from time to time catch glimpses of the vistas, streets, people or vehicles from the other city, from the characters' point of view its always blurred out and appear along the borders of the TV screen.

Visitors and TV tourists to Besźel and Ul Qoma are strongly advised to watch the Gestapo-like orientation video to familiarise themselves about the do's and don'ts:

Here is The City and the City's teaser trailer: