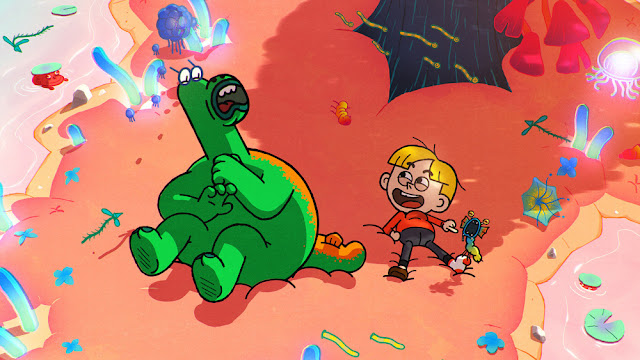 Cartoon Network (DStv 301) has commissioned a new animation series, Elliott from Earth, from the same producers doing The Amazing World of Gumball.

Elliott from Earth, produced by Cartoon Network's Europe, Middle East and Africa (EMEA) hub with production set to start in September, will revolve around the adventures of a human boy living on a spaceship with aliens from around the universe and includes a dinosaur.

Elliott from Earth that has a first season order of 11 episodes of 20 minutes each, is created by Guillaume Cassuto, a former scriptwriter and composition supervisor on The Amazing World of Gumball with that show's scriptwriting, storyboarding and editing team also a part of the new show.

"Elliott’s story has been in the back of my mind for a long time, and working my way through a number of different roles on Gumball gave me a unique look into how to bring such a project to life," says Guillaume Cassuto.

"I’m beyond excited to have the chance to introduce Elliott to the world, and very proud to have this amazing team with me for the ride. I hope kids and animation fans across the universe will love Elliott just as much as we do."
on 7:56:00 PM