The SABC to roll out a new on-air look and retitled programming strands for SABC News, together with a new untranslated payoff line, Sakina Kamwendo added to Morning Live as new co-anchor. 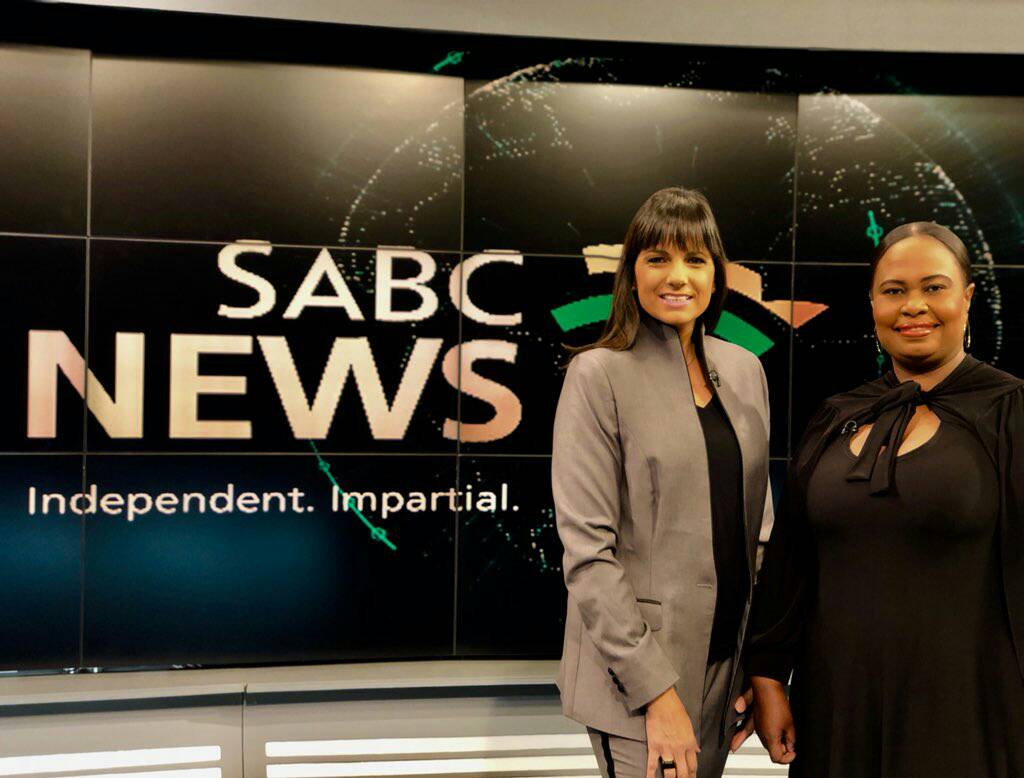 The SABC will on Monday 4 June roll out a new on-air look and brand imaging for SABC News - complete with a new non-English, untranslated payoff line to deliberately spur debate - as the public broadcaster rebrands its damaged news service that saw its reputation, credibility and trust severely tarnished the past three years.

On Monday morning SABC News will rebrand its on-air look across its SABC1, SABC2 and SABC3 TV channels as well as its SABC News (DStv 404) channel carried on MultiChoice's DStv satellite pay-TV platform. The SABC News offering will also look different online, as well as on the SABC's radio stations.

Sakina Kamwendo is also being added as new co-anchor to Morning Live on SABC2.

The SABC says the new on-air look, is to present "a localised and yet globally apt look and feel" as a brand "whose editorial identity is defined by social consciousness".

The SABC is still busy updating its editorial policy as the embattled public broadcaster is looking to restore credibility luster to its SABC News brand. SABC News suffered massive damage the past three years during the so-called "reign of terror" of the now fired former chief-operating officer Hlaudi Motsoeneng and so-called "Hlaudi enforcers".

Hlaudi Motsoeneng abruptly instituted a draconian SABC News censorship policy ordering that no scenes of public destruction of property during protests be shown on SABC television news, while he and broadcaster henchmen harassed and fired several journalists, executives and anchors - eight of which banded together in defiance and became known as the "SABC8".

Meanwhile SABC journalists complained of political interference, victimisation, while SABC News was drained through being responsible for broadcasting an ongoing series of The New Age Breakfast Briefings on SABC2 costing the SABC millions while sponsorship money went into the pockets of the now controversial Gupta family.

While multiple SABC News reporters, journalists and other SABC executives resigned, the broadcasting regulator, Icasa, eventually declared the SABC News censorship decree illegal, while the labour court ordered Motsoeneng's firing of the journalists illegal and that they be reinstated.

From Monday the SABC's flagship morning show, Morning Live with Leanne Manas, and done in-house, will be transformed with what the SABC calls "a pacey format that sets the tone for the news day".

It comes shortly after e.tv. dumped its Morning Edition show after a decade, fired all the presenters, and outsourced its morning slot to Cheeky Media as an outside production company now doing a new show, The Morning Show, for e.tv.

Other programming changes on the SABC News channel include The Agenda replacing the Newsroom programming strand. On Point will be replacing The Midday Report. The new SA Today will follow On Point and will give audiences a window to issues affecting South Africans.

The Prime Time show on SABC News is being rebranded as The Full View from Monday, followed by the new The Globe, focusing on international news stories.

The SABC will also be overhauling the weekend offering from July. On radio SABC News will introduce a new "distinct signature tune for news bulletins".

"We know what happened at the SABC in the recent past. The reality is our brand reputation is in trouble. And the first thing that we're trying to fix is to get the public to trust what we do; as credible, and to restore the integrity of SABC News. It is also try and regain legitimacy with out peers in the industry."

"We have to make sure that South Africans get the information they require which is quality and credible information," said Phathiswa Magopeni.

"In what you're going to see on Monday, we're going to go to the public and say we are the news service that you deserve. You're going to see a very robust newsroom to start with - where people are allowed to speak out courageously about the things they see that are a deviation from our public mandate."

"We are going to get our listeners, our viewers and the people who consume our news online to suggest how these things should be completed. It's an engagement process."

"On a very serious note the payoff line is going to be left untranslated. What we're trying to do with that is, when we ask people for suggestions or how to translate it, they are going to be forced to get to understand what it means - and why it's got to be said in a different way than your regular way of translating it."