Matt LeBlanc quits BBC Studios' Top Gear, will still be seen in the upcoming 4th season, with the BBC looking for a replacement from 2019. 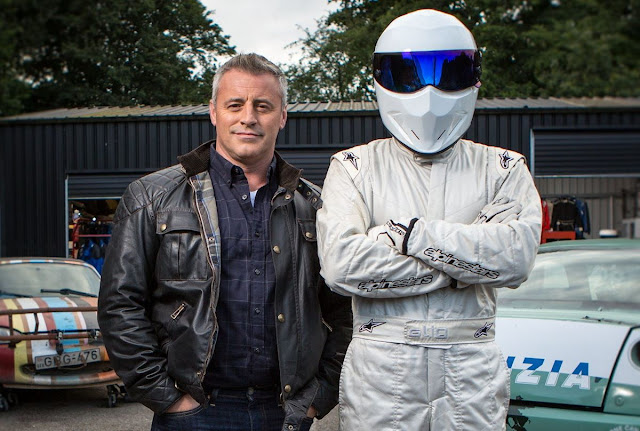 Matt LeBlanc has suddenly decided to quit as co-presenter of Top Gear on BBC Brit (DStv 120) with the upcoming 4th season that will be his last and the BBC that will replace him with a new presenter from 2019.

Matt LeBlanc will still appear in the upcoming 4th season as part of his $1.75 million deal with the BBC, as viewership of the show continues to fall.

Matt Le Blanc joined the rebooted Top Gear in 2016 after Jeremy Clarkson, James May and Richard Hammond left, and with Chris Evans who left after the first season. Matt LeBlanc's other two current co-presenters are Chris Harris and Rory Reid.

"My experience on Top Gear has been great fun," says Matt LeBlanc in a statement about the show distributed worldwide by BBC Studios.

"I have thoroughly enjoyed working with the whole team. However, the time commitment and extensive travel required takes me away from my family and friends more than I'm comfortable with. It's unfortunate, but for these reasons I will not be continuing my involvement with the show."

Patrick Holland, controller of the BBC's BBC Two TV channel broadcasting the show in the United Kingdom says "I want to thank Matt, who has thrown himself into the show with real passion, revealing his extraordinary car knowledge and a willingness to get down and dirty. We were always going to be borrowing him from his day job as one of the top comic actors in Hollywood, so I wish him all the very best."
on 12:48:00 PM