History commissions 6-episode documentary series based on Ulysses S. Grant as the flawed 18th American president during the US Civil War. 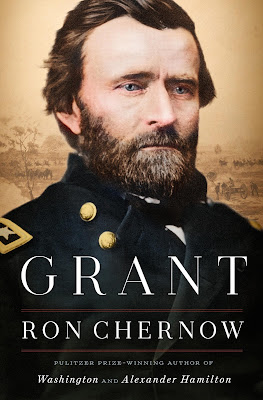 A+E Networks' History (DStv 186) channel has commissioned Grant, a new 6-episode documentary series based on the 18th president of the United States of America.

Grant will examine Ulysses S. Grant's life story using his perspective and experiences to look at America's turbulent periods including the American Civil War and Reconstruction during his presidency from 1869 to 1877.

Grant is based on author Ron Chernow's bestselling biography, Grant, and will be produced by Leonardo DiCaprio's Appian Way Productions with Leonardo DiCaprio and Jennifer Davisson as executive producers, and RadicalMedia, in association with Lionsgate Television.

Ulysses S. Grant is known for his role as commanding general of the US Army during the Civil War, but he was also an alcoholic.

"Grant is one of the most brilliant, yet flawed figures in US history and Chernow's extraordinary biography has transformed our understanding of him at the deepest level," says Eli Lehrer, the executive vice president for programming at History.

"This documentary will look at the Civil War and Reconstruction through the intriguing lens of Grant and we look forward to bringing Chernow’s fascinating portrait of this president to life."

Jennifer O'Connell, Lionsgate's executive vice president of alternative programming, says "we're thrilled to be working with History and the amazing teams at Appian and RadicalMedia in offering viewers Chernow’s account of president Grant via a captivating premium television documentary".

"Our alternative television team is also proud to be working closely with our motion picture group in complementing this high-end property by bringing Grant’s story to life through film, underscoring our collaborative cross-divisional efforts."

Jennifer Davisson says "we value our relationship with both History and Lionsgate and are thrilled to be teaming up with RadicalMedia. Chernow’s account of Grant's storied history allows us to bring his story to life through different yet collaborative mediums."
on 7:43:00 PM