As the SABC joins the global #MeToo movement with an official inquiry into sexual harassment and sex-for-jobs, the public broadcaster's boss says 'it has to do with courage and saying we're fixing'. 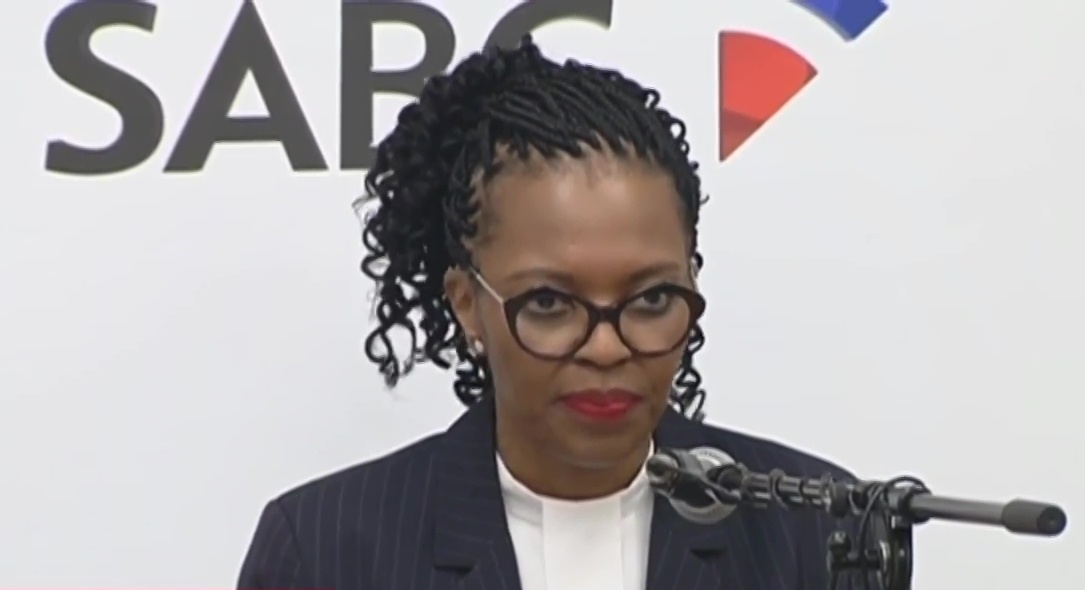 The SABC announced that the South African public broadcaster is officially joining the global #MeToo movement again sexual harassment in the workplace and launching a wide-ranging commission of inquiry over sex-for-jobs at the SABC, with acting CEO, Nomsa Philiso saying "it has to do with courage".

With the SABC officially taking the lead in South Africa's film and TV industry about a topic that broadcasting and executives shy away from and don't want to talk about or properly and officially want to investigate, the SABC is throwing down the gauntlet.

The SABC's official investigation is placing pressure on other other big broadcasters and operators - ranging from e.tv and M-Net to MultiChoice and big TV and film production companies - to announce similar official sexual harassment inquiries.

SABC staffers, on-air talent and crew of any SABC show, as well as people who've had interactions with the SABC in whatever level where they've faced sexual harassment, sexual abuse and pressure over sexual favours and sex-for-jobs, are implored to contact the SABC and the commission to share their information and stories.

Submissions about sexual harassment can be emailed to SexualandPersonalfav@sabc.co.za. From 1 June the SABC is also placing submission boxes at the broadcaster's regional offices for people who want to drop off paper documents.

Nomsa Philiso says "the issue of personal favours is quite serious" and will be broad in scope, including unwelcome touching and "just how it makes you feel" to serious allegations about sex-for-jobs inside SABC corridors. "We are going to make sure that we follow this through to the full extent of the law in the event that the veracity of allegations are proven".

"What is important for us is to ensure absolute confidentiality because we recognise that part of why people don't take these issues is it's either [because of] the stigma or just lack of trust in the system of whether or not something will come out of it. We would like to assure our staff and everybody else that we're taking this process seriously because we do think that we need to cleanse ourselves as a starting point."

"This inquiry is not going to be restricted to just permanent SABC staff members," said Nomsa Philiso.


It has to do with courage
"We've heard that some of our freelancers have experienced some of these atrocities so we'd like to extend the commission of inquiry to anyone that has felt aggrieved or harassed by any of the SABC staff members. We have also been informed that there have been some suppliers of services to the SABC who have been asked for personal favours. We're also appealing to them to come and join in the inquiry," said Nomsa Philiso.

"We hear about the youngsters who have aspirations to be in this business. We hear about students who have been lured with promises that have not materialised."

"Those are some of the people - they may not be working for us as freelancers, but I think we all know what happens with the auditions and all of that stuff, and if people have got information that can lead us to cleansing ourselves, we welcome that information".

Nomsa Philiso said the SABC inquiry is "about resetting the tone of our values".

"It's about the rumours that are festering and we don't want to leave them unattended. I believe that one of the responsibilities of leadership is that once you know about something, you have a responsibility to act on it. There was actually a firm allegation by one of the staff members who said we need to investigate the sex-for-jobs issue at the SABC and we believe it's not something we can take lightly."

"Why now? Why not then? I just want to say this is as good time as any. Maybe, if anything, it is too late. It may be too late in other instances. But I do believe that at some point, we do need to start," said Nomsa Philiso.

"These things have been bubbling underneath but we have never dealt with it. So we want to open it up and deal with it."

"I do not have any illusion that when we finish this inquiry that those things will not happen again because our society is what it is. What I'm hoping for, is that it start to change the tone and does not enable. By keeping quiet I believe that to a large extent we're enabling".

The organisation Sisters Working in Film and Television (Swift) said it commends the SABC for taking this step, saying "it's something that as an organisation we've been working on for the last two years. For people in leadership to be actively taking action in this direction is very encouraging".

Women in South Africa have become vocal about sexual harassment and assault in the workplace and more are sharing their personal stories.

In December 2017 the #NotInMyName organisation held public protest action at the entrance of the MultiChoice City headquarters in Randburg, Johannesburg, over allegations that female MultiChoice staffers have been raped and victimised through sexual harassment.

Protesters were furious over the way MultiChoice has allegedly not been doing enough to help a rape victim working at MultiChoice and to address sexual harassment of workers.

In April 2018 a female extra made allegations about on-set sexual harassment in Durban on the set of e.tv's Imbewu - The Seed soap.

Over 70% of women surveyed and working in South Africa's film and TV industry said that they have felt violated in the workplace. Over 71% said that there was no platform or person available on-set that they could rely on for support or could report abuse.
on 10:10:00 AM