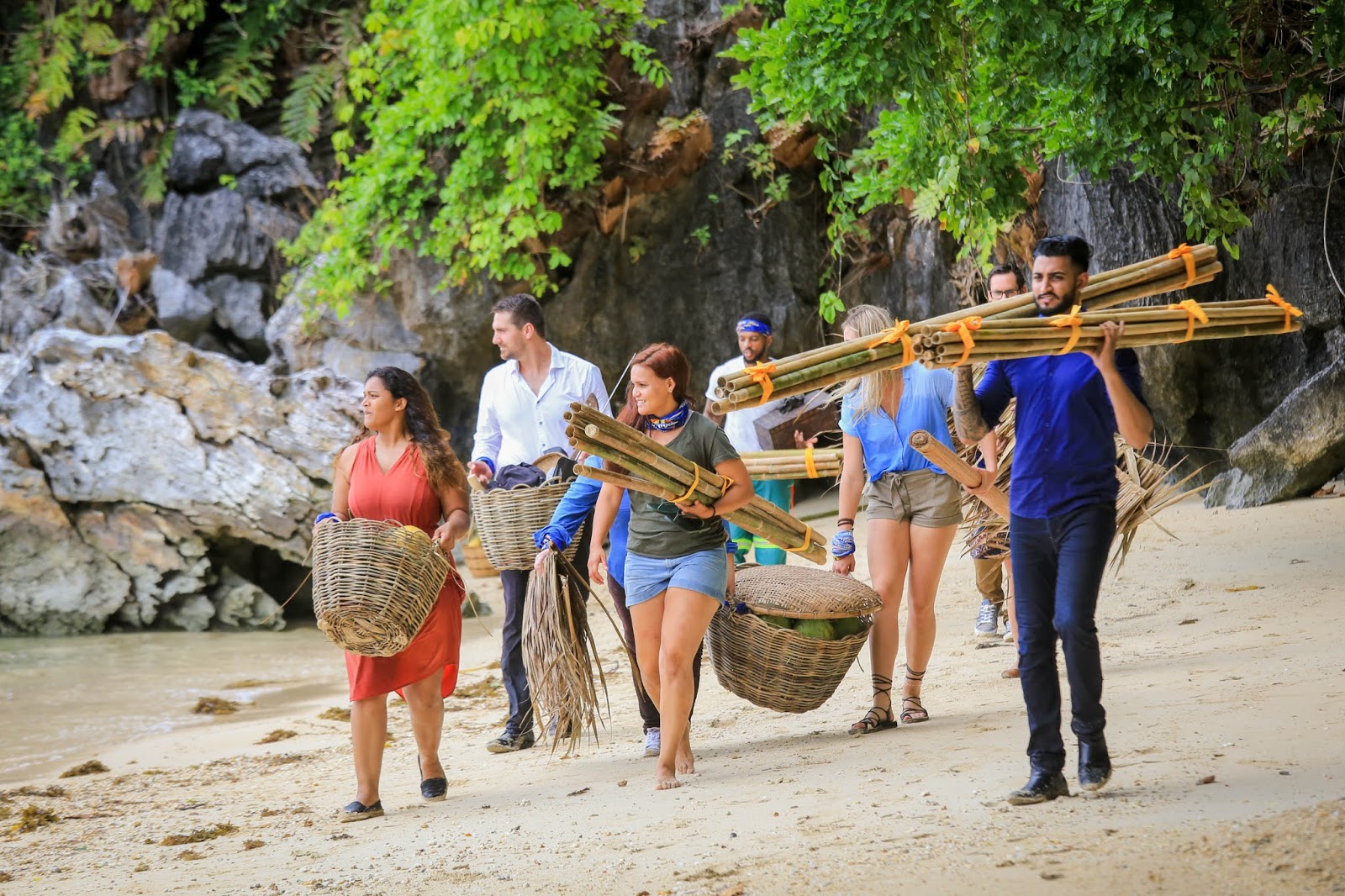 The world - and television - has changed dramatically in the four years since 18 May 2014 when South African viewers last saw Survivor SA on their screens, but on Thursday night the reality castaway competition show returned to M-Net (DStv 101) as if it never skipped a beat, produced and looking as good as ever, if not better, than before.

The 6th season of Survivor South Africa: Philippines in high definition - stretching over more days than ever before and including panoramic aerial drone shots of azure waters and dense green archipelago islands, deftly offset by close-ups of slithering creatures and all kinds of exotic crawlies as scene-setting and dramatic irony establishing shots - looks crisp and beautiful.

The coterie of seemingly mostly low emotional intelligence (EQ) South Africans contestants forgot a lot of things in their splashy launch to their islands but did remember probably the most important thing the show's producers must have pre-briefed them about: Speak everything you think as part of your stream of consciousness straight to camera.

It delivered intentionally and unintentionally golden TV bon mots from the contestants from the very first Survivor SA Philippines episode ranging from "I'll probably move up in the leadership quite quickly", to "lets go speak to our respective people".

With various challenges, a large group of contestant characters to introduce and establish (together with various backstabbing narratives to plot), screen time for host Nico Panagio, and a tribal council session and ouster to include, the editing of terabytes of video down to less than an hour in duration to tell a cohesive, flowing story, is a gargantuan task that production company Afrokaans somehow managed to do extremely well.

Taking over the production of the local version based on the international format from Endemol Shine Africa that produced all of the previous seasons, Afrokaans managed to make Survivor SA look and feel even better than when DStv subscribers last saw Nico Panagio snuff out torches in the South China Seas.

The glorious tribal council area looks a bit dark and underlit on screen (since it has to take place at night time) if you know what's really there in stunning colour and design, and the monumental design and construction achievement with oriental themes the production accomplished by building a tribal council area a few metres just offshore completely in the water.

The show's colours pop, there's no cameraman shadows visible in close-ups when contestants gossip and scheme, the underwater camerawork and music are top notch, a confident Nico Panagio intones his lines like a self-assured thesp stepping back in a comfortable encore after years, and the contestants seem well-chosen for their capacity to stir and their apparent lack of self-awareness.

Ironically the island time spent foraging for food, shelter building and conniving (called "filming reality" in production terms) make the beautiful Philippines look almost too good and even better than what it is in real life.

The real reality of this reality is that taking part in Survivor SA - even set in the tropi-terrific Philippines - is not a pleasant experience. 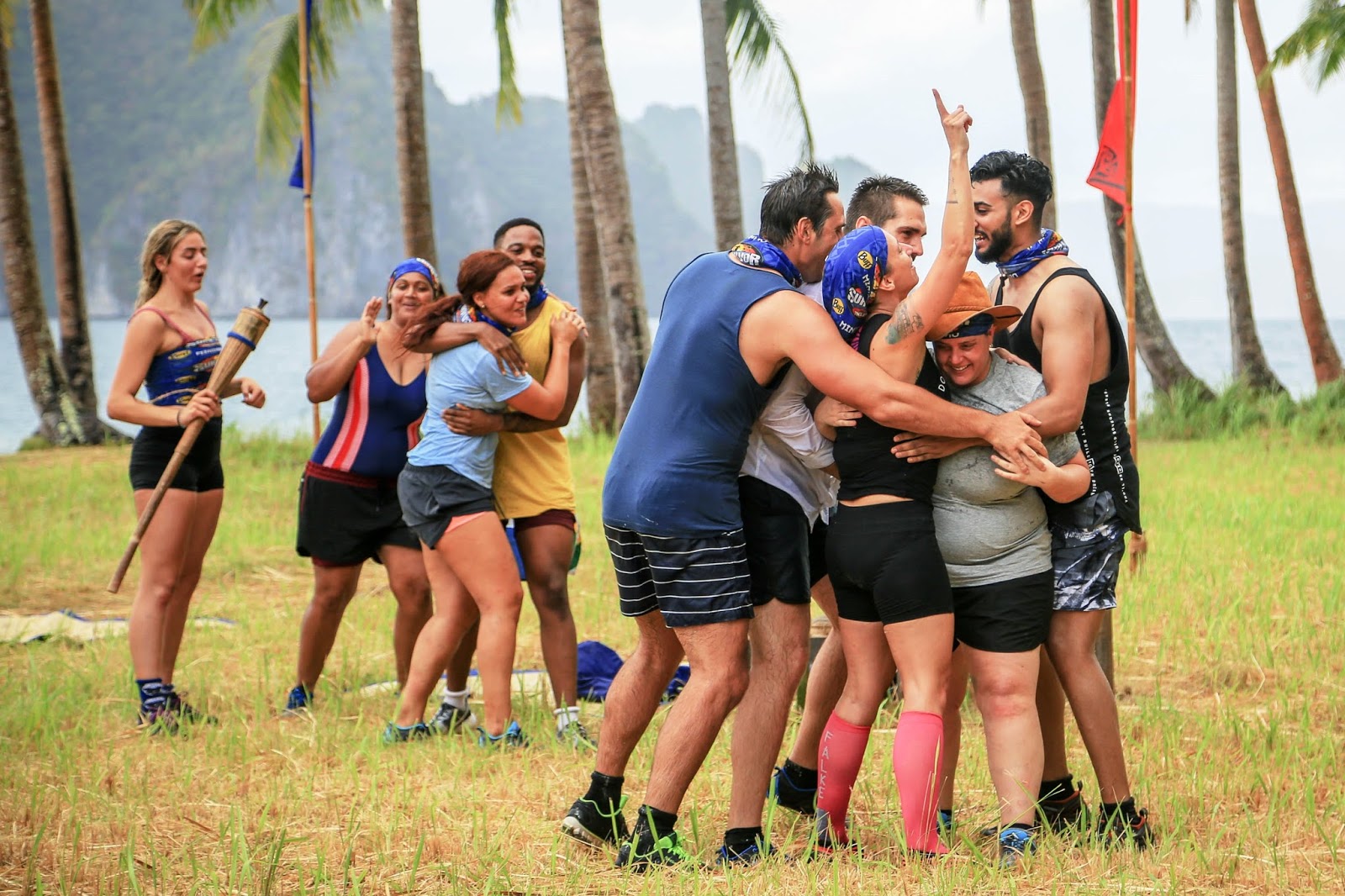 This season of Survivor SA on M-Net feels, viewing wise during the actual broadcast on a Thursday night, more richer and much more "immersive" than ever before - is it because the show has finally also come of age in the social media era of second screen viewing where viewers instantly give feedback on what they see, as they follow along with the antics, one-liners and plotting shown on the first screen?

Survivor SA finally has not just one but two stories playing out simultaneously - the one on TV screens and the one under the official social media hashtag of #SurvivorSA that creates a richer viewing experience for the island ouster competition show than ever before.

The 6th season of Survivor SA feels self-confident and running full-cylinders as a mature localised franchise for M-Net that comes across as knowing exactly what it's doing and what it needs to do.

Camerawork and angles, grading, sound, contestant and challenge exposition, and editing and pacing are all almost too pristine - like a scrapbook making aficionado or stickers collector pouring hours upon hours into making every single page just perfect - not because it must be but because it belies a personal labour of love.

The massive reality island machine that's Survivor SA with its many different moving parts, came together beautifully for a premium new TV adventure.
on 8:57:00 AM