Parliament told of big problems at the SABC during listening session with unions; new SABC board has shockingly one had one meeting with unions since appointment of the latest SABC board. 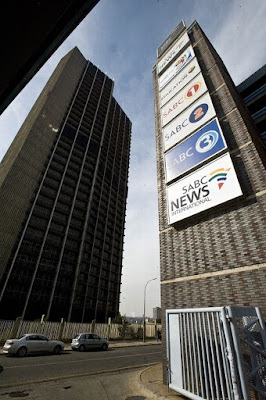 Parliament's portfolio committee on communications responsible for oversight of the SABC on Friday had a listening sessions with trade unions at the troubled South African public broadcaster and says it is concerned about a litany of very serious problems and issues it was told about from SABC staffers.

From the meeting held in Sandton it emerged that there's big problems at the SABC that apparently isn't following policy when firing SABC staffers, major issues around the use of freelancers, and other problems.

Shockingly the new SABC board has had only one meeting with unions since they were appointed.

The committee met and listened to The Communication Workers' Union of South Africa (CWU), the Media Workers' Association of SA (Mwasa) and the Broadcasting‚ Electronic Media and Allied Workers Union (Bemawu) who all made presentations.

Humphrey Maxegwana, chairperson of the committee says "of major concern" to the committee is allegations of little interaction between the new SABC board and staffers and a "lack of information that trickles down to employees".

"It is concerning that a sub-committee of the board has had only one meeting with unions in order to find solutions to challenges faced by employees since appointment of the new board," says Humphrey Maxegwana.

The committee is also concerned about the lack of adequate progress of changing "the problematic organisational culture that has taken root within the previous SABC board and management".

Freelance workers is another huge concern  brought up by unions at the meeting.

"Also, the matter of the 26 employees that were fired as well as allegations of medical aid fraud will be raised and a detailed report must be received from management," said Humphrey Maxegwana.
on 12:37:00 PM