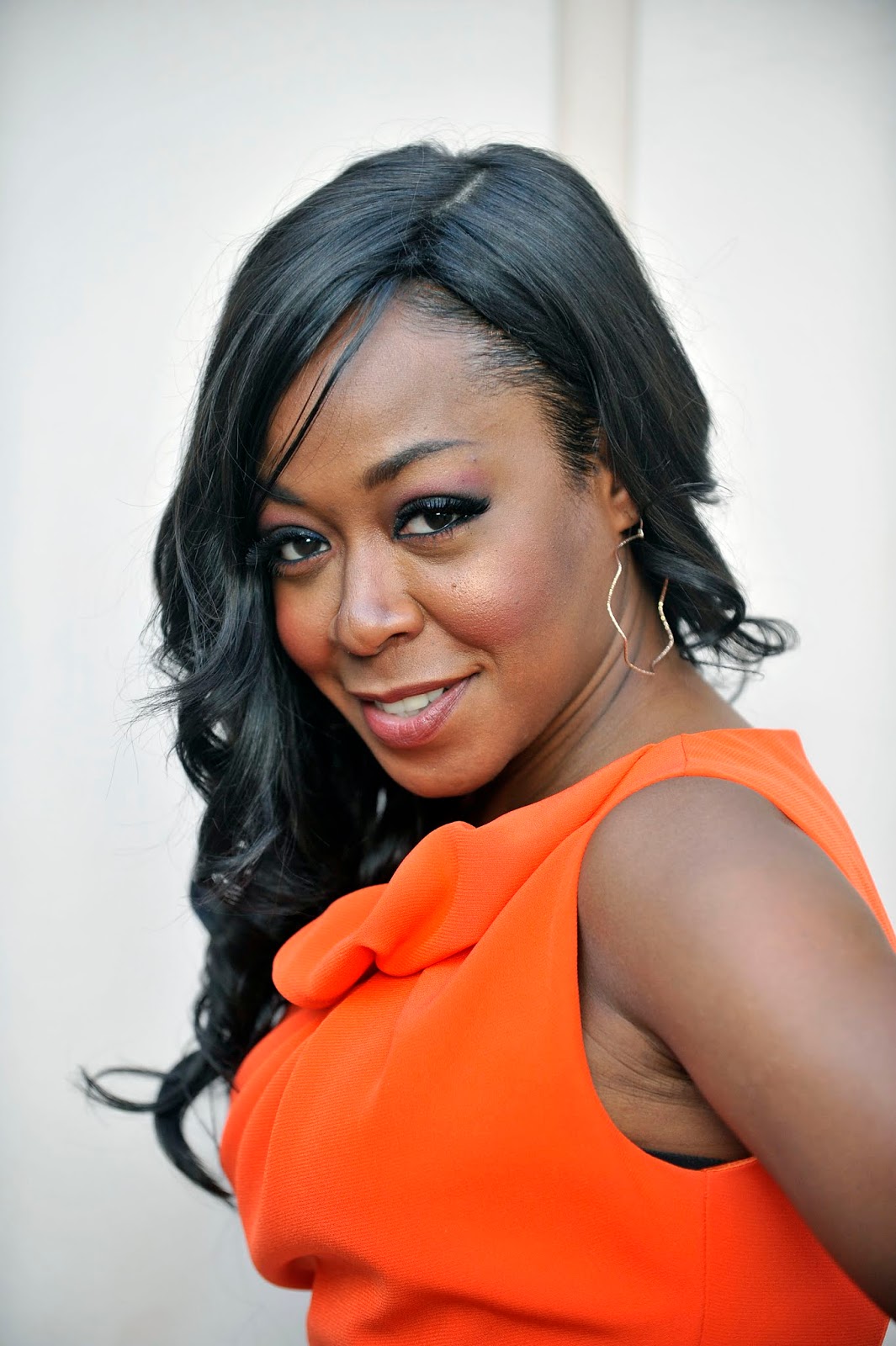 The actress, known by millions for her iconic role as Pam in Martin,  just arrived in South Africa to film a new role for half of June as Paulette, a new female inmate in Lockdown.

Tichina Arnold, who DStv subscribers recently saw in Daytime Divas on 1Magic (DStv 103) and Survivor's Remorse on VUZU Amp and 1Magic, in a one-on-one sit-down interview, gave her reaction on the developing Roseanne news and spoke to me about how her Lockdown role came about and how she will be approaching it.

I also asked Tichina Arnold for advice for mothers, advice for people who want to break into showbiz, travelling halfway around the world for a TV role and her thoughts on, and advice about, Hollywood's #MeToo movement that has also reached South Africa.


I know you just arrived in South Africa but what do you make of the racist rant of Roseanne Barr and Wanda Sykes who worked on the show,  saying she quit as consulting producer?
[this happened 20 minutes before news that Roseanne is being cancelled]
Tichina Arnold: We are extremely disappointed that Roseanne would do that and say that only because not just white people but black people have supported her show back then. We supported her when she stuffed up the national anthem years ago. We feel that Roseanne does need to give an apology. Let's talk about the good of this: Wanda Sykes left work. She left a day job, she left something that she loves doing, which is writing. She left that and I support Wanda Sykes.


How did this role in Lockdown came about?
Tichina Arnold: it came about through a friend and a business friend of my named Bart Phillips who owns Sunseekers Productions.
And he and I used to do the Triumph Awards together, which is Al Sharpton's award ceremony for people who are not celebrities, people who are movers and shakers and philanthropists in the world in the African-American community, and for the betterment of the African-American community.
So it's a great award show and that's how I met Bart Phillips.
Bart Phillips in turn introduced me to a man named Mandla N. And Mandla told me that he is and was a fan of the Martin show and that he look up to me and the whole good thing, and when he read this role to me and he told me that this role was written for me, and with me in mind - the awe, the awe - I had to, I had to accept the offer.
It allowed me to have an amazing platform to step and to tell a story of black women. Not just black women in America, or just black women in South Africa, but in Africa, period.
And that is the joy and the beauty of doing what I do, because I get to tell so many amazing stories. And there are still so many amazing stories to be told and I'm just so happy that Lockdown will be a conduit of that.


And were you not apprehensive about travelling so far to the other side of the world to be in a TV show?
Tichina Arnold: Never! Never! The travelling part is the best part! That's my motto: I'm going to travel until the day I die. It's about seeing the world. The world keeps me humble. And the reason why I say that is because you get to meet and see and experience so many different cultures, so many different types of people, so many different types of music and food and scenery and religion. I love experiencing life, period.
For me to be on the ground of my ancestors and all of the people that paved the way before I was even thought of, is the most humbling experience that I can ever imagine.

Can you talk a little bit about the role and how you're going to approach it? And for how long is it going to be?
Tichina Arnold: Well, I will be on for 9 episodes and I will be here in Johannesburg for the next two weeks during which we will be filming. My thoughts coming to this role is to be open-minded, first of all, because this is new territory for me.
This is the first time that I'm getting to work with these amazing and brilliant actors. And so I'm looking forward to that.
But I'm also looking forward to digesting what South Africa is about.
And to digest the plight and the difficulties that South African women have here in the prison system. So Lockdown on Mzansi Magic is so pivotal in telling a much needed story that needs to be told of black women. And what I love is that we are telling it.


What advice do you have for working mothers, single working moms, but really any moms?
Tichina Arnold: My main advice for single working mothers - which I am - is don't be afraid to ask for help. It's almost impossible to raise a child by yourself.
And not a lot of women talk about it, nor do they admit it. But we need help. Every mother needs help. And so when I learnt to ask for help, that's when I got it. So my daughter has been raised by the village - my daughter has been raised by people that I trust in showbusiness. I've been helped to raise her by wonderful men in my life. So it takes a village to raise a child. You can not do it alone. Do not be afraid to ask for help. Even those women who don't have extended family members, who have no-one - there is somebody on this Earth, walking, that will help you. Never be afraid to ask for help.


What advice do you have for someone in Africa who wants to break into television and the world of showbiz?
Tichina Arnold: For those trying to get into showbiz, you better know what it is, know what you want out of it and be prepared for it to not give it back to you. You've got to love it because when it doesn't love you back, you're stuck in there with it.
It's like being in a relationship. It may not always pay your rent, it may not always feed you, it may not always clothe you, but the fact that you love it will make you stick by it. That's the best advice I can give to anyone getting into this industry. And get used to always being told "no".


Can you talk a bit about the #MeToo movement. It's really only just reaching Africa. What advice do you have for women? People are scared to come forward. What advice do you have for women and specifically young women who are carrying a burden because of sexual harassment and abuse?
Tichina Arnold: The most positive thing about the #MeToo movement is that there is power in numbers.
And you know how we always hear that "misery loves company" - you know what - people, when you know that somebody else is going through what you've been through, it helps and it makes it a little easier because you know that you're not alone.
What I tell women that are part of #MeToo movement or want to be a part of the #MeToo movement is: Be brave enough and tell your story. Share your story with someone. Or listen to someone else who has a story.
Thank God I was never never molested or tragically raped or anything like that as a young woman coming up in showbusiness, but I know a lot of people who were.
So I listen to stories. I've been listening to stories. I'm able to identify and understand those stories. So I can help them pass on the #MeToo movement and pass on what they're going through.
We have to share these horrible things that happen in our lives because it helps somebody else. It is for the greater good of humanity. Now the cover has been blown off of all of these things that have held women down for so many years. Thank God for the #MeToo movement.
But what are we going to do now that attention has been brought on it? We have to use it wisely.
We have to make sure that we never get back to this place again.
on 6:34:00 AM