BREAKING. Roseanne cancelled after Roseanne Barr's racist Twitter rant calling former Obama advisor a product of the 'Muslim Brotherhood and Planet of the Apes'; 'there was only one thing to do here, and that was the right thing,' says Disney CEO Rogert Iger. 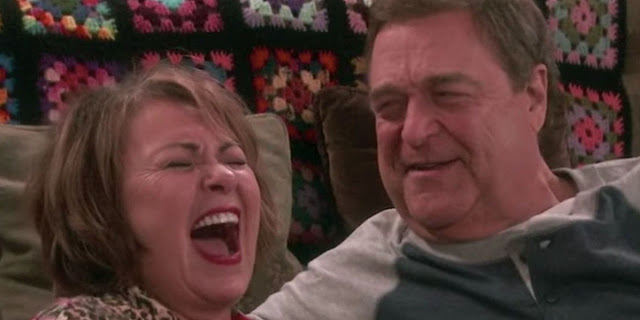 The hit revival of the comedy series Roseanne that has already been renewed for a second season has been abruptly cancelled on Tuesday evening following Roseanne Barr's racist rant on social media.

The hit comedy series, the most watched scripted TV show this season in America is officially scrapped after Roseanne Barr tweeted on Tuesday that Valerie Jarrett, a former advisor to America's previous president Barack Obama looked like the "Muslim Brotherhood and the Planet of the Apes had a baby".

After massive outrage, Roseanne Barr deleted the tweet and then apologised, saying "my joke was in bad taste".

America's ABC network was initially silent and refused to respond, until ABC issued a statement saying Roseanne is cancelled.

Channing Dungey, ABC entertainment president in a statement said "Roseanne's racist Twitter rant "is abhorrent, repugnant and inconsistent with our values, and we have decided to cancel the show."

Disney CEO Robert Iger said "There was only one thing to do here, and that was the right thing".

Roseanne was already renewed in March for a 13-episode second season with pre-production underway when Roseanne let loose her racist rant, that prompted comedian Wanda Sykes, a consulting producer to quit and say she won't be involved with Roseanne for the second season any longer. "I will not be returning to Roseanne," Wanda Sykes tweeted.

Roseanne showrunner Bruce Helford in a statement said "On behalf of all the writers and producers, we worked incredibly hard to create an amazing show. I was personally horrified and saddened by the comments and in no way do they reflect the values of the people who worked so hard to make this the iconic show that it is."

Sara Gilbert who played Roseanne's daughter on Roseanne tweeted that her comments "are abhorrent and do not reflect the beliefs of our cast and crew or anyone associated with our show. This is incredibly sad and difficult for all of us as we've created a show that we believe in, are proud of, and that audiences love - one that is separate and apart from the opinions and words of one cast member."

Emma Kenney, who played Darlene and David's daughter,  said "I am hurt, embarrassed, and disappointed. The racist and distasteful comments from Roseanne are inexcusable".

The revived Roseanne that has not yet shown up on any TV channels in South Africa - neither the SABC nor M-Net (DStv 101), e.tv or anything else on MultiChoice's DStv satellite pay-TV platform, now likely won't.

No South African broadcaster will want to be associated with Roseanne's racism, making selling the show internationally, and in South Africa now difficult, of not impossible.
on 8:43:00 PM