M-NET UPFRONT 2018: M-Net going on a 'local content safari' as the pay-TV broadcaster gets set to unveil more details about the new seasons of Survivor SA: Philippines, The Wedding Bashers, My Kitchen Rules SA and yet another new local production. 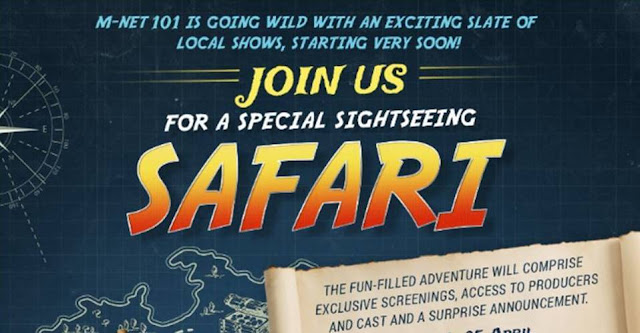 Today M-Net (DStv 101) kicks off a 3-day local content upfront, billed as a "local content safari" that will see the South Africa and African pay-TV broadcaster unveil more details about its upcoming new programming, ranging from the new seasons of Survivor SA: Philippines, The Wedding Bashers and My Kitchen Rules SA to taking the wraps off and announcing at least one other new local production.

TV critics and the media covering television in South Africa are being whisked away to one of South Africa's most luxurious destinations, the Legend Golf and Safari Resort situated inside the Entabeni Safari Conservancy in Limpopo, for the 3-day content upfront.

The 3-day jaunt, packed with various M-Net presentations that will keep the Press Covering Television busy over the next 3 days, comes on the back of the just concluded and hugely successful Dancing with the Stars South Africa on Sunday night that saw Connell Cruise win.

The BBC glitter floor format show, produced by Rapid Blue, was taken over by M-Net after airing as Strictly Come Dancing SA on the SABC for 8 seasons and revived for a 9th season under the new Dancing with the Stars SA glitter ball banner.

TVwithThinus asked M-Net on Sunday night if of when there will be a second season but M-Net said it's too early to tell although ratings, viewer engagement and voting statistics were all phenomenal.

On Monday and Tuesday at the Legend Golf and Safari Resort M-Net plans to put on the razzle-dazzle with several sessions, presentations and a lot more detail about its new local programming slate that will be rolling out on the channel over the course of the next few months.

M-Net says the media will "have the opportunity to experience and view some of the brand new shows that we have lined up on our local content slate".