SABC3's Presenter Search on 3 is back; announces nationwide audition dates in the search of wannabe TV presenters for SABC3 shows. 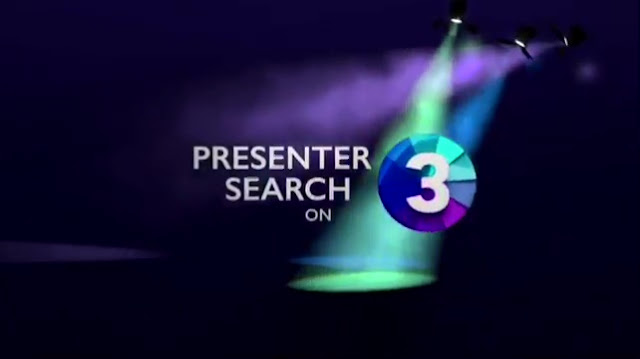 SABC3's popular Presenter Search on 3 show is back for a 4th time, looking for men and women across the country who have the charisma, looks and telegenic smile to become TV presenters on SABC3 shows ranging from Top Billing and Expresso to Afternoon Express.

The Presenter Search on 3 is produced by Cardova Productions, with the search for a presenter or presenters to join various SABC3 shows that is taking place to co-incide with the 25th anniversary of Top Billing that started on the SABC in 1992.

Nationwide auditions will again be held soon - and filmed - for the Presenter Search on 3 that will start broadcasting on SABC3 on Thursday 10 May at 19:30.

People who think they have what it takes - bod, brains, and being able to walk and talk while not making it look as if you're reciting lines but really having a conversation with viewers - don't have to do anything but just pitch up at the audition venues on the right date and fill out an entry form.

SABC3 says the channel is not just looking for a presenter for a TV show - "we are looking for brand ambassadors that embody the spirit of SABC3 as a channel that shines the spotlight on our progress and aspirations".

Here is the type of person that SABC3 and the Presenter Search on 3 is looking for: "Life in the spotlight will not only be filled with glamour, travel, the potential winners need to reflect the dynamic spirit of SA with a go-getter attitude that makes them own any room they walk into. They should be unapologetic about who they are, proud of their background and be able to represent South Africa on any stage be it local, regional or international."

While it looks glamorous, the competition is looking for people who are serious about being and becoming TV presenters and who have an understanding of the hard work it requires behind the scenes, that you need to be a team player, work long hours and still be able to smile at the end of a long day even if things went wrong but the camera man needs you to deliver lines faultlessly in the last few minutes of natural sunlight left.

The presenter search has previously made stars and given new TV presenting opportunities to Simba Mhere, Jonathan Boynton-Lee, Zoe Brown, Danilo Acquisto and Jade Hubner, as well as Chris Jaftha and Mishka Patel.

More information will be available at www.presentersearchon3.com
on 1:53:00 PM