SABC3 in another big schedule shake-up with changes to early and prime time; 'it's definitely the start of much more,' says channel head Aisha Mohamed. 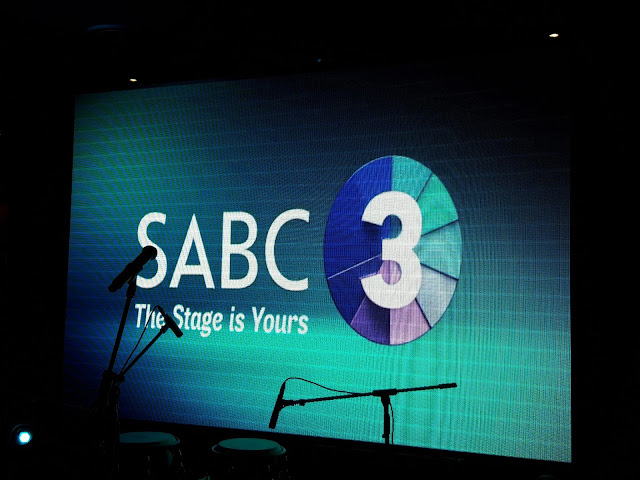 SABC3 has once again done a dramatic makeover of the TV channel's schedule with signature shows moving to new timeslots and new days, including Top Billing that will now be shown on Saturdays at 18:00, Real Talk with Anele moving to weekdays at 18:00 and the SABC's flagship English TV news bulletin moving much later to 21:00.

Supposed to be the cash cow that brings in the money to help fund its public TV mandate, the channel's drop in viewership - caused by unpalatable programmes and bad and interrupted scheduling decisions the past few years worsened by the now-gone controversial executive Hlaudi Motsoeneng - has seen SABC1 and SABC2 having to help SABC3 afloat.

SABC3 latest schedule changes sees shows like The Bold and the Beautiful, Top Billing, Real Talk with Anele, Afternoon Express and the main news bulletin at 18:00 moving to different timeslots.

Retro dramas are moving back to their original time on weekdays at 12:00.

"This is how we're moving forward; how we're taking on 2018 and beyond," says Aisha Mohamed, SABC3 channel head.

"It's taken us a lot of time and a lot of effort and focus in terms of where SABC3 wants to go. This is a start of many. We kick off now in February, starting next week, with a lot of key changes in terms of our prime time specifically, but also around streamlining our offering."

"But then we've also got some new and awesome shows. I want to emphasise that this is not the beginning nor is it the end. It's definitely the start of much more. It is our journey, we are on our journey, the stage is definitely going to be ours, and February is where we kick it off. Just before May we've got another whole new set of shows coming onto the schedule as well," said Aisha Mohamed.

From Monday 5 February Afternoon Express moves half an hour later to 16:30, with the American weekday soap The Bold and the Beautiful moving to 17:30.

Real Talk with Anele is moving an hour later to 18:00 on weekdays.

A big change is that the SABC's flagship English TV news bulletin, News @ 6, is moving to 21:00 from Monday. SABC3 will do a short 2-minute headlines bulletin at 18:00 but is moving the proper English news bulletin to the latest timeslot it has ever been shown.

SABC3's flagship programme, the long-running lifestyle entertainment magazine show Top Billing is moving from Thursdays at 20:30 to Saturdays at 18:00 from 17 February, with the repeat at 12:00 on Sundays.

The weekly investigative magazine strand Special Assignment is moving from Mondays back to Sundays at 20:30 from 11 February, with a repeat starting at 05:00 from 10 February. The Sunday documentary slot on SABC3 moves from 21:00 to 19:30.

The entertainment magazine show The Scoop with Khanyi Mbau moves from Wednesdays at 21:00 to Thursdays at 20:30 from 8 February and will be repeated at 15:00 from 9 February.

A lifestyle variety slot is being introduced starting on Sundays at 13:00 from 11 February and game shows will move from Saturdays at 16:00 to Fridays at 20:00 from 9 February.

Rustic Chakula with Sizo is a new cooking show starting Tuesday 20 February at 20:30 in which chef Sizo hangs out with African celebrities as they do contemporary cooking. A 13-episode second season of The Hostess with Lorna Maseko starts on SABC3 on 14 February at 20:30.

Staying in their current timeslots on SABC3 are Trending SA, Mela and #WTFTumi.
on 7:04:00 AM