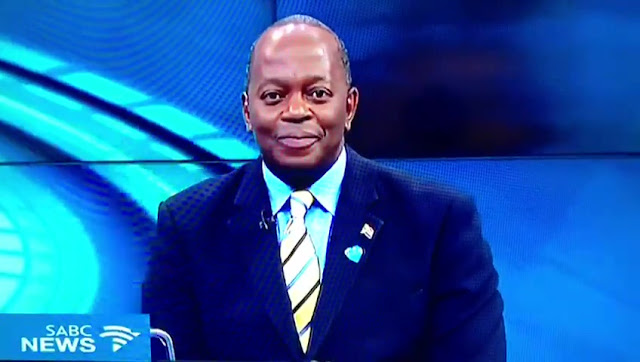 The SABC has taken the SABC News anchor Peter Ndoro off the air "to rest" for an unspecified period of time, after he made a second erroneous on-air death announcement on Thursday evening, this time saying newly-elected president Cyril Ramaphosa has passed away.

The SABC that struggles with a trust and credibility problem and is working hard to regain viewers' confidence and trust in its news output, said the news anchor is "fatigued" and that SABC management agreed with the news reader talent that it's better for him to step away from the anchor desk for the time being to rest.

The SABC has moved the TV news bulletin to 21:00 on SABC3 from the beginning of February - the sudden new much later timeslot of the public broadcaster's flagship English TV news bulletin from its erstwhile 18:00 timeslot.

It's Peter Ndoro's second similar mistake after he in January announced that Mangosuthu Buthelezi had died when he should have said former Bophuthatswana leader Lucas Mangope.

The SABC in a statement said that it noted Peter Ndoro's mistake "with concern".

"In as much as we acknowledge that this is a human error, we take this matter in a very serious light as it is not only embarrassing but could potentially affect those involved negatively."

"In the light of the event, news management has since engaged Peter Ndoro and he indicated that he is fatigued and needed some time to rest. Management has agreed to his request and he will be taking a break from the show. Peter Ndoro has apologised to the president's office and his apology has been accepted."

"The SABC would like to ensure all its audiences that it remains fully committed to delivering news that is fair, balanced and accurate".