The Snowpiercer film picked up for a reboot TV series with actors Jennifer Connelly and Daveed Diggs. 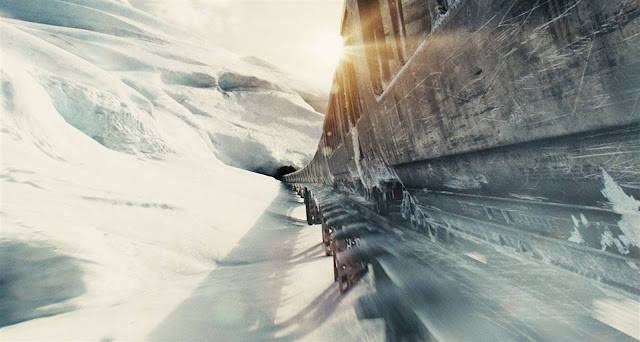 The 2013 film Snowpiercer has been picked up as a TV series and will be produced as a science fiction drama series by Tomorrow Studios and Turner’s Studio T with actors Jennifer Connelly and Daveed Diggs.

The film followed a train in a frozen future, post-apocalyptic world, constantly moving through an ice landscape.

On the inside a rebellion started (with a surprise twist ending), where what is left of humanity was "sorted" and "compartmentalised" in various carriages with different "themes" according to a social hierarchy from poor worker slaves right at the back living in squalor, to the wealthy living in luxury at the front.

“I’m a personal fan of Bong Joon Ho’s epic film, and jumped at the chance to honor his original vision, yet expand upon the world and characters with a diverse, award-winning cast,” says Sarah Aubrey, the executive vice president of original programming for the TNT channel in America.

“Science fiction is the perfect genre to examine issues of race, class, gender and natural resources with thought-provoking and exciting storytelling. Snowpiercer will explore those relevant issues while embarking on a wild, action-filled ride.”

Like the film, the Snowpiercer drama series is set seven years after the world has become a frozen wasteland and will have a first season of 10 episodes.

It revolves around the remnants of humanity, who inhabit a gigantic, perpetually-moving train that circles the globe. Class warfare, social injustice and the politics of survival are all questioned in this television adaptation.

“Given the exceptional global appeal of the original film, we have a tremendous obligation to ensure the TV adaptation is exceptional in scope and magnitude,” says Marty Adelstein, CEO of Tomorrow Studios. “We have found that with TNT and with our talented cast. Now we are excited to work together in creating a world unlike any other on television.”

While no South African TV channel for Snowpiercer is known yet, it's very likely that Snowpiercer will end up on M-Net (DStv 101) which is where other TNT channel shows like Dallas, HawthoRNe, Rizzoli & Isles, Major Crimes, Animal Kingdom and The Last Ship went to, although some of its series like Falling Skies and The Librarians went to The Universal Channel (DStv 117).
on 4:33:00 PM