Special Assignment on Sunday on Monday 22 January at 9pm looking at 'The Balaclava Rapists' of Alexandra and their decade long rape reign of terror. 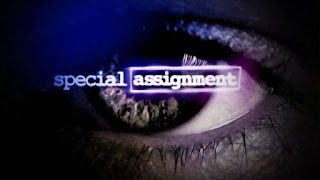 Special Assignment on SABC3 on Monday 22 January at 21:00 will look at "The Balaclava Rapists" in a story produced by Lindile Mpanza.

For years in South Africa's Alexandra township, girls as young as 14 years old, as well as women and couples, fell prey to two serial rapists hiding in balaclavas.

These men would rob, rape, kidnap and force couples to have sex with each other at gunpoint. Late last year, the men – Josias Xaniseka Mkansi and Sinja Robin Mabitsela - were sentenced to 14 life terms and 185 years, and 32 life sentences plus 270 years respectively, bringing their almost decade long reign of rape terror to an end.

In Monday's episode of Special Assignment the spotlight is placed on this painful chapter that the community of Alexandra has finally been able to close.

However, the men leave behind a trail of destruction where some victims have never been able to recover from their ordeal. The families of the two perpetrators are left in disbelief and cannot fathom who the rapists really were.

The episode also focuses on the phenomenon of serial rape, its modus operandi and how the South African law deals with it.
on 12:29:00 PM