South African comedian Loyiso Madinga joins The Daily Show with Trevor Noah to do replacement segments for the Africa broadcast of episodes of The Daily Show. 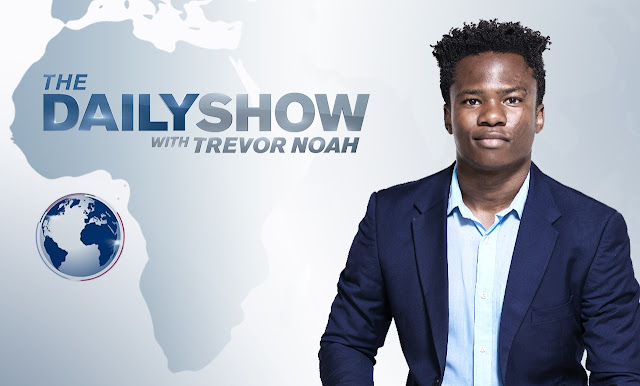 The South African comedian Loyiso Madinga is joining The Daily Show with Trevor Noah to do replacement segments for the Africa broadcast of episodes on Comedy Central (DStv 122).

Viacom International Media Networks Africa (VIMN Africa) says the replacement inserts instead of the full American episode of The Daily Show will be broadcast intermittently on Comedy Central.

The first replacement piece, a field report from the African National Congress's (ANC) recent elective conference will be broadcast in The Daily Show episode of Thursday night on Comedy Central at 21:30.

The locally produced Africa segment done by Diprente was directed by Kagiso Lediga with Tamsin Andersson as producer.

The relatively unknown stand-up comedian Loyiso Madinga has shared the comedy stage with Tom Segura and David Kau and has appeared in satirical TV shows like eNCA's cancelled Late Night News with Loyiso Gola and The Bantu Hour on SABC2.

Trevor Noah says "as wild as Donald Trump is for America, many countries around the world have Trumps of their own and since The Daily Show is in many countries, we thought 'why not give each country a chance to show off their stable geniuses?"

Loyiso Madinga says he's "excited to create a voice for local satire. What is really great is this places an authentic spotlight on local comedy and presents a reality that combats the stereotypical perception of Africa".

Dillon Khan, vice president for Comedy Central and creative services for VIMN Africa says "Loyiso's comic timing and fast-thinking humour make him the ideal choice as a Daily Show correspondent. He is indicative of the diverse and deep pool of talent that shines on our continent and beyond its shores."

Alex Okosi, executive vice president and managing director for VIMN Africa says "one of our key objectives as VIMN Africa is to provide a platform through our brands for great African talent and content".

"We are excited that through this localised segment on Comedy Central's The Daily Show, Loyiso has an opportunity to continue showcasing his great comedic talent to audiences across Africa and around the world."

Trevor Noah and M-Net (DStv 101) will soon start production on his new Trevor Noah Presents... show for M-Net, a local stand-up comedy talent series in 13 episodes that will give rising South African comedians a platform to showcase their skills.
on 11:33:00 AM