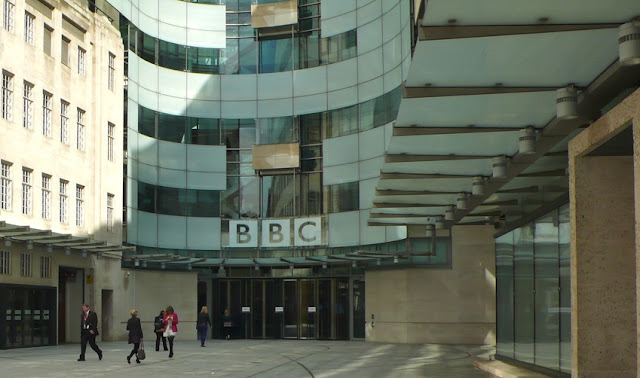 BBC News reports that 6 male, highly-paid BBC presenters and anchors have agreed to take drastic pay cuts after revelations of how much less the BBC is paying female staffers at the BBC.

Meanwhile investigations into gender pay disparity at the BBC continues.

Huw Edwards, Nicky Campbell, John Humphrys, Jon Sopel, Nick Robinson and Jeremy Vine are now all having their pay reduced and agreed to being paid less after the BBC News told them that it wants to pay them less, instead of paying women more.

Recently the BBC's Carrie Gracie quit as the BBC's China editor and slammed the BBC for its "secretive and illegal pay culture", saying "the BBC is breaking equality law and resisting pressure for a fair and transparent pay structure."

In July last year, the BBC was forced to reveal the salaries of all employees earning more than £150,000 a year.

The BBC refused to comment or say how much each of the men's earnings were reduced by or how much they would earn now.

In a statement the BBC says "We are very grateful to Huw Edwards, Nicky Campbell, John Humphrys, Jon Sopel, Nick Robinson and Jeremy Vine who have agreed that their pay will now be reduced".

The BBC isn't saying why it's not paying women more and why women's salaries were not rather adjusted upwards.

John Humphrys is taking a drastic pay cut and said he will be getting "hugely less" than the £600 000 he was paid until now.

There's been 3 gender pay-gap disparity investigations at the BBC so far and next week an independent audit into equal pay at the BBC will be published.

Next week Carrie Gracie will also appear before Britain's parliament and one of its select committees looking into the BBC's gender pay disparity problem.
on 2:58:00 PM