SHOCKER. Lying E! boss, Frances Berwick, says Catt Sadler who quit E! over pay disparity was getting paid less than Jason Kennedy because Catt 'was daytime' and Jason 'is on prime time' - only Catt was actually co-hosting E! News in prime time. 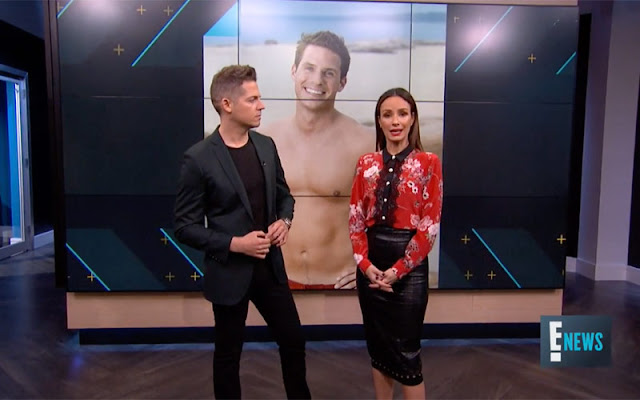 Last month Catt Sadler decided to quit E! Entertainment after E! and NBCUniversal refused to pay her equal to her male counterpart on E! News, revealing that Jason Kennedy earned almost double what she did.

E! didn't want to talk about it then, or since, saying only in a statement that "E! compensates employees fairly and appropriately based on their roles, regardless of gender".

On Tuesday Frances Berwick - a woman - had the audacity to say that "there's a lot of misinformation out there" when she addressed the media at the Television Critics Association's press tour during an E! session in Pasadena, California.

E! has had ample time to clear up the issue with more information and to prevent so-called "misinformation" but Frances Berwick and NBCU cohorts decided not to, but now wanted to complain about "misinformation". Why did she not talk sooner?

On Sunday E! was awkwardly dragged and shamed on-air before a global audience on E! Entertainment itself, when several actresses like Debra Messing called out E! for its trashy treatment and payment inequality during E!'s red carpet coverage of the 75th Golden Globe awards and saying “I was so shocked to hear that E! doesn’t believe in paying their female co-host the same as their male cohost.”

Frances Berwick - as the issue of unequal pay for women compared to men continues to swirl in Hollywood - must not not be actually watching E! Entertainment and E! News on a day-to-day basis (or is that a night-to-night basis?) where Catt Sadler as E! News co-host appeared next to Jason Kennedy for years during prime time.

In fact, Catt Sadler has been on E! News during the night time and prime time for years before Jason Kennedy ever showed up, with Frances Berwick only embarrassing herself in front of the media with her hilariously inept statements.

E! News is a prime time show broadcast in the United States during the evening, as well as on NBCUniversal International Networks's E! channel feeds in South Africa, across Africa and the Middle East.

In South Africa for instance, any given's day's episode from the United States is shown on MultiChoice's DStv the day after, during prime time - the same "day"-part on the schedule as where it is shown in America. 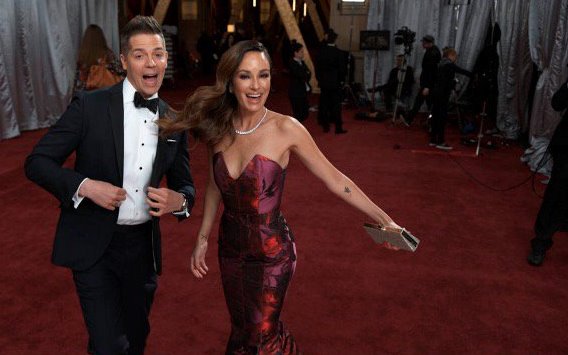 Speaking to the press, Frances Berwick had the audacity to tell the media that "Jason Kennedy and Catt Sadler had different roles, and therefore different salaries".

"Catt was focused on daytime; Jason Kennedy is on prime evening news, plus red carpet. Our employees’ salaries are based on their roles and their expertise, regardless of gender. So we wish Catt well, but I hope that sets the record straight on that."

Stop the incompetence and being an embarrassment to E!, love, and switch on your TV set if you have one.

Put it on E!, and pull some episodes from the E! News archives before you go before the press who cover television and spout non-sensical trash.
on 12:27:00 AM