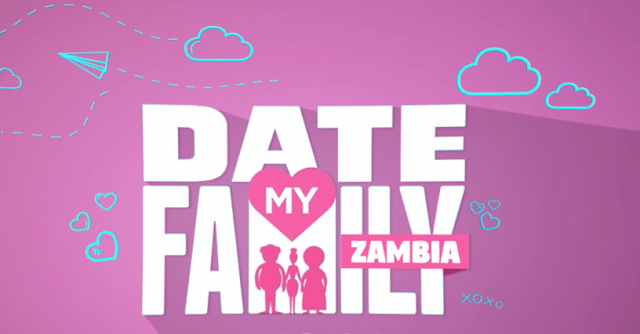 M-Net's Zambian spin-off version of Date My Family Zambia, following after the hugely successful South African version on Mzansi Magic (DStv 161), has been hit by scandal following revelations over fake participants used in the show.

Looking to cash in on the immense popularity of the show's format in South Africa, M-Net greenlit a spin-off version for Zambezi Magic, but the fake spin-off version somehow failed to adhere to the strict production values and guidelines followed by the South African version.

The producers of Date My Family Zambia failed to properly vet the participants beforehand, resulting in a faked show as viewers discovered.

The Date my Family Zambia scandal has compromising the integrity of the show, M-Net and Zambezi Magic where Mosibudi Pheeda is the channel head, after shocking revelations that several couples who have appeared on the show have cheated by having known each other already, and that in several cases they had already been in established romantic relationships before they "met" in episodes.

M-Net and Date My Family Zambia moved their burden to pre-check contestants, to viewers.

Viewers quickly started pointing out, using simply social media platforms that can be easily reached and used by anyone, that participants have known each other before and have already been in romantic relationships.

The embarrassing revelations damaged the reputation of Date My Family Zambia and M-Net and DStv's Zambezi Magic channel over putting an entertainment reality dating show on the air that isn't quite so true.

There's no way that DStv subscribers watching the show on Zambezi Magic can trust that what they're seeing in Date My Family Zambia is actually real and whether the so-called single people looking for love are really single or haven't already met and dated each other.

Weirdly MultiChoice Zambia and M-Net are now trying to distance themselves from the mistakes with blame-shifting, saying the producers on Date My Family Zambia relies on the participants and the information they provide to the show.

Banks, hospitals, courts, schools and other institutions of course don't just rely on the information provided by people and actually carry out checks to verify the accuracy and authenticity.

"For this purpose, our show producers rely heavily on the honesty of the applicants and full disclosure thereof," says MultiChoice Zambia in a statement, not explaining why proper vetting of contestants on a M-Net reality show didn't take place before viewers started spotted the truth and called the show out publicly.

"However, due to misrepresentation by several participants of recent episodes, we have endeavoured to ensure a stricter vetting process so that our valued DStv customers can continue to enjoy an authentic entertainment experience with real honest conversations," says MultiChoice Zambia.
on 1:26:00 PM