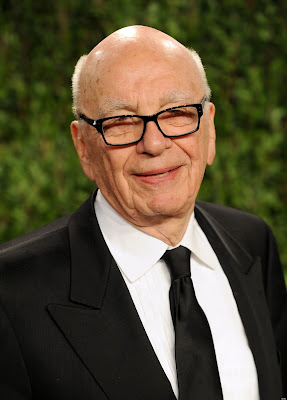 Rupert Murdock who will keep and stay in charge of the Fox News Channel FOX News Channel (StarSat 261 / Cell C black 502) and a few other Fox assets when the bulk of 21st Century Fox is sold off to Disney, says “Facebook and Google have popularized scurrilous news sources through algorithms that are profitable for these platforms but inherently unreliable,” in his statement.

“Recognition of a problem is one step on the pathway to cure, but the remedial measures that both companies have so far proposed are inadequate, commercially, socially and journalistically.”

Rupert Murdock says “There has been much discussion about subscription models but I have yet to see a proposal that truly recognizes the investment in and the social value of professional journalism."

"We will closely follow the latest shift in Facebook’s strategy, and I have no doubt that Mark Zuckerberg is a sincere person, but there is still a serious lack of transparency that should concern publishers and those wary of political bias at these powerful platforms."

“The time has come to consider a different route. If Facebook wants to recognize ‘trusted’ publishers then it should pay those publishers a carriage fee similar to the model adopted by cable companies. The publishers are obviously enhancing the value and integrity of Facebook through their news and content but are not being adequately rewarded for those services."

"Carriage payments would have a minor impact on Facebook’s profits but a major impact on the prospects for publishers and journalists.”
on 9:53:00 PM