After the revamped and much improved 7th season of Tropika Island of Treasure: Seychelles in 2017, things are not looking good so far - judged by the perplexing marketing strategy and inexplicably bad pre-publicity - for the upcoming 8th season on SABC3 of Clover's advertiser-funded production (AFP) that is set in the Maldives.

Following numerous trashy Tropika Island of Treasure seasons on e.tv and SABC1 in the past - remember when contestant Reeva Steenkamp died and SABC1 went ahead with starting the show a week after her death and refused to pull the show, followed by the trashy "killer giveaway" tweets? Or or the one without celebrities, or the one where the press had to "apply" to get access to the show - the show suddenly showed drastic improved.

Tropika Island of Treasure: Seychelles - in look, narrative and production values, as well as in the communication to the press around the show - for the first time felt like a "real" show and not commercial content packaged around an ad-wrapper TV shell.

After several seasons of Tropika Island of Treasure with horrifically bad publicity and done by people who seemed clueless as to what they're supposed to do and even how to do it - the AFP showed drastic improvements last year and was (the first!) good season.

Clover switched to Cardova Productions that made the show much more watchable, more "real"-looking and Survivor like.

Instead of using idiot publicist and PR firms who are clueless, Capacity Relations was roped in as a PR company in 2017 to liase with the Press Covering Television and the media.

To say it in other words, in 2017 Tropika Island of Treasure was elevated from the "trash TV" it was in the past, to basically very close to "normal".

The TV show was fine. I personally watched every episode and nothing felt gratingly crass commercialistic or like a hard-sell where sponsorship dominated over "story".

It was borderline-wonderful that something that's basically a half hour TV commercial changed so much (and for the better!) in that it had interesting narratives, funny contestants, actual watchable content, and PR people who were responsive, clever, who reached out, had proper publicity photos, communicated with the press, knew what to do and what the media's needs were, and actually responded to it.

Cue 2018 and it's back to trash (sigh) with South African television that will be delivering two island set shows: Tropika Island of Treasure: Maldives on SABC3, and Survivor South Africa on M-Net (DStv 101) with the Tropika one up first and already a big disappointment.

The difference between the two from the outset, just in the basic media approach and how press are handled, couldn't be more starkly different.

Once again Clover and Tropika Island of Treasure doesn't seem to know what it's doing or should be doing - especially when it comes to PR and the press. Does that spell doom for the actual advertiser-funded show? Well, possibly, no. Possibly, yes.

What is certain is that the back to a more trash approach in terms of communicating and doing PR about Tropika Island of Treasure Maldives is going to result in trashier, and less, exposure in the media that matter. 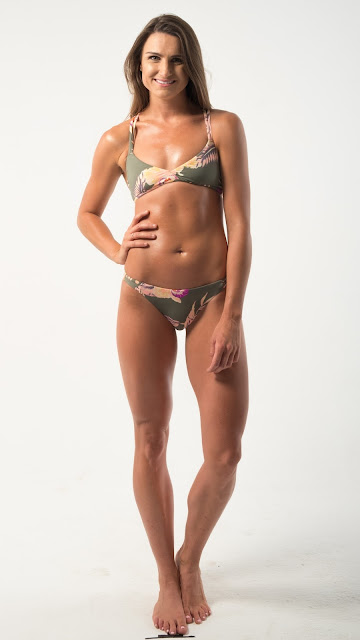 The marketing and publicity problems around Tropika Island of Treasure Maldives (and the show hasn't even started yet) are too many to mention but here's a few.

Let's look at the bad publicity photos that appear "non fixed" - meaning not properly airbrushed and with smudges and black tape marker. It was actually sent out to the press. To use. To publish.

Whose old-school Women's Knitwear Monthly circa 1966 idea was this?

Then on Wednesday Clover and Tropika held a media event briefing for Tropika Island of Treasure Maldives but couldn't bother to invite or alert all relevant press and TV critics.

A smattering of press did attend (and lets see how many actual stories appear from their keyboards).

It's clearly solidly back to the trashier yesteryear modus operandi of the show - one that doesn't help it with the press oxygen it needs to breathe.

After the media press briefing held at Sun City (a step up from the benches at some bar from one of the previous seasons's media launch if I remember correctly) there was no press dump of press releases, no transcripts of who said what, or images of the day, or quotes from the contestants who answered questions; and nothing from the producers talking about the show.

There was nothing emailed out for the press who either attended - or the media that didn't - that they could use about the media briefing. (Keep in mind that Clover, Tropika and the show presumably want exposure for the show.)

On Wednesday afternoon I asked Miantha Padayachee, Tropika brand group manager, as well as the publicists at the PR company getting paid to work on the show, in an emailed media enquiry what is going on. There's been no response but if there is, it will be added here.

Clover's Tropika Island of Treasure: Maldives starting next month on SABC3 might again be good like the previous season (hopefully!) but at this point, with the flotsam already washing up on the pre-TV shore, I'm really not holding my breath.
on 8:54:00 PM