PAID TALK WITH ANELE? As scandal engulfs Real Talk on SABC3 after the SABC takes money to interview a politician, here's what Anele Mdoda needs to do right now to try and save her show. 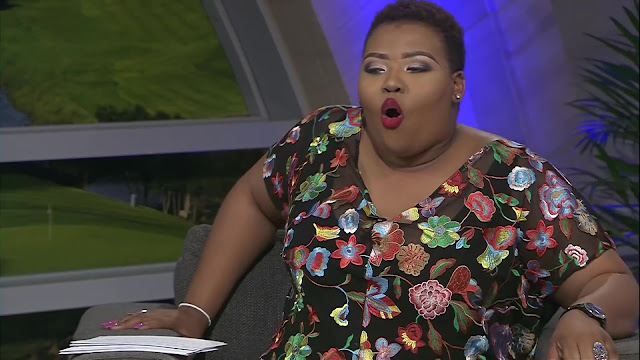 Plunged right into the middle of a pay-for-play scandal that has engulfed her talk show, Anele Mdoda has very little time as the face of Real Talk with Anele to try and limit not just the damage to her name and personal brand, but also the fall-out that has destroyed the credibility of the SABC3 talk show.

Here is what she needs to do right now:

Twelve years ago in January 2006, The Oprah Winfrey Show and talk show host Oprah Winfrey suddenly found herself in the middle of a crisis.

The book, A Million Little Pieces by author James Frey - supposedly biographical - and that Winfrey endorsed as a pick for her hugely popular Oprah's Book Club, was exposed as a fraud and fiction.

After Oprah Winfrey first told Larry King "it's much ado about nothing" she quickly changed and took to her own show to apologise to her viewers and for letting down her fans, saying to James Frey that "I feel duped. But more importantly, I feel that you betrayed millions of readers".

Oprah showed her anger on TV at not knowing. Oprah admitted a mistake. Oprah apologised. And Oprah said never again with my show, and under my name.

By taking payment amounting to thousands of rand to interview Bathabile Dlamini as a politician and keeping it a secret to viewers without any kind of disclosure that the 2 hour-long episodes in December were actually "talkfomercials", Anele Mdoda, the SABC, SABC3, Real Talk and the Cheeky Media production company producing the show, have now all been exposed for something that's seriously damaging their integrity, image, and overall credibility and trust in their brands.

How will anyone, any viewer, ever again believe anyone, anything - any brand or product or service - that appear on Real Talk with Anele? And what about who and what had appeared on the show in the past and were promoted - did that happen because money exchanged hands?

Anele Mdoda - the face of the show that is called Real Talk with Anele and that carries her name - will have to act fast and do all the right things.

Anele Mdoda will have to go on her own show - as fast as possible and preferably on Thursday's episode on SABC3 - and address the issue head-on in a brutally honest and forthright way. Anything less will permanently damage her, the show and its ongoing presence on the SABC3 schedule.

Anele Mdoda needs to be truthful, she needs to speak from the heart, she needs to come across as sincere, remorseful, needs to explain what she knew or didn't knew, what she was part of or not part of, and how what happened, happened.

Above all she needs to apologise and promise that nothing like this will happen ever again as long as she sits under the SteynCity arch.

So far there's been no official statement from Anele Mdoda or Cheeky Media.

It doesn't feel as if there's any crisis communication happening around the shocking pay-for-play expose and the longer it goes without explanations and apologies, the more harm is being inflicted.

Capacity Relations that repped Real Talk with Anele told TVwithThinus that the SABC took over the PR of the show late last year. Where is the SABC's and SABC3 statement about what happened and the show?

It's absolutely crucial that Real Talk and the SABC is seen being open - and talking - about its own talk show.

People can forgive, but not in the absence of a face that looks sorry. People, after they've been disappointed, can show compassion - but only when they are apologised to for having been deliberately misled and purposefully kept in the dark.

And people can learn to love again, to embrace again, when they've been dumped. That however requires honestly, openness and a contrite mea culpa - an acknowledgement of having done wrong.

If Anele Mdoda, Cheeky Media, Real Talk and SABC3 value their brands - and of course they do - nothing but a brutally honest apology will do.

Just like Oprah, a full disclosure, an explanation, and those two little very big words -"I'm sorry" - is of the utmost importance if Real Talk with Anele and Anele Mdoda has any chance of being taken seriously in the future.
on 2:05:00 PM